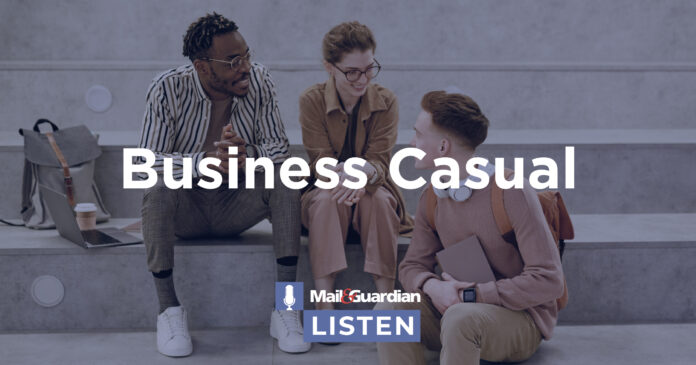 We find out why Power says that Asia will be the centre of global economic gravity at the end of the decade and where America fits into this.

What does the Evergrande crisis, which has been compared to the Lehman Brothers collapse, say about China’s role in the global economy today? Does the crisis offer a glimpse into China’s financial future and does this mean that China is mirroring America’s path?

Why did South Africa, when it launched itself on the world in the mid-1990s, choose to follow Western macroeconomic consensus and how was this to our detriment?

What has been the fall-out for Western economies of low Chinese wages and prices?

We’ve seen an uptake in Modern Monetary Theory, which our guest refers to as ‘a corrupted version of Keynesianism’, in recent years. We explore why that is, while also looking at South Africa’s unemployment crisis and its seriousness in the context of the world and in history.

Business Casual is a not-so-typical business podcast. The Mail & Guardian’s journalists and guests talk about everything from the South African economy and its place in the global economy, the growing sneaker flipping industry and influencer economy, and personal finance.

We also get to hear from the young people at the Mail & Guardian about what’s really like to be a young person in South Africa. We discuss business, casually. Business is not that complicated, it is all about relationships and getting people to ‘calm down’. The terminology might be scary, but the business is not and through these discussions, we want you to know how the conversations should go and why they should be more relaxed.