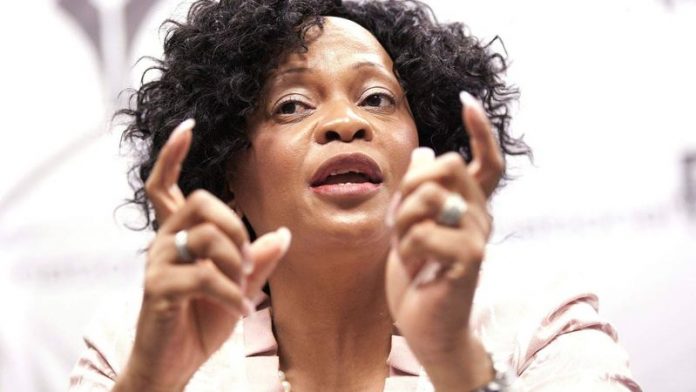 The relationship between the controversial company, Bosasa — which had contracts with government departments, including prisons — and the ANC was a natural one, the Zondo commission of inquiry into state capture heard on Monday.

During her appearance before the commission, chaired by Deputy Chief Justice Raymond Zondo, former water and sanitation minister Nomvula Mokonyane, said there was “nothing untoward” about the relationship between Bosasa and the governing party.

Mokonyane, who was also previously the minister of environment and of communications and from 2009 to 2014 the premier of Gauteng, had a longstanding friendship with the politically-connected Watson family, who were important figures in the anti-apartheid struggle. She gave a speech at the memorial service for Bosasa’s chief executive, Gavin Watson, who died in a car accident last year.

Watson maintained relationships with members of the ANC and, according to allegations, profited handsomely — and improperly — through these ties. A 2019 Mail & Guardian report found that over a period of 15 years, Bosasa raked in R12-billion through tenders awarded to the firm by various government departments.

Early last year, Bosasa’s former chief operating officer, Angelo Agrizzi, told the Zondo commission that he and other employees, on Watson’s instructions, bribed state officials and politicians to secure the lucrative tenders and to help them evade prosecution for their alleged crimes. Mokonyane was one of the first of many high-profile politicians to be named by Agrizzi.

Bosasa’s alleged role in attempting to sway ANC campaigns caused trouble for President Cyril Ramaphosa when it became known that Watson had donated to his bid for the party’s presidency in 2017. Public protector Busisiwe Mkhwebane’s report on the matter found that Ramaphosa misled Parliament when he answered a question about the donation. The report, however, was set aside by the high court in March.

On Monday, Mokonyane likened the relationship between Bosasa and the ANC to that of any other private sponsor. She said the services Bosasa offered the party, including providing campaign support, were the outcome of a “natural relationship of fellow fighters coming together”.

The former minister also refuted allegations that she improperly benefited from the relationship with the Watson family.

According to Agrizzi, Watson showered Mokonyane with gifts to buy her allegedly considerable political influence which would help Bosasa evade corruption charges.

But on Monday, Mokonyane said: “I have never received anything as Mr Agrizzi has stated.”

She added that she does not have the capacity to store the groceries that were allegedly bought for her. “We all know that a house like this one cannot have a storage to keep all these items, even those that came on site. I’m sure they didn’t find any strongroom or a fridge or whatever freezer that could keep this, nor do I have a place where I could keep these kinds of items.”

She also allegedly received R50 000 a month from Bosasa.

Mokonyane conceded that her daughter, Katlego, worked with Watson, but disputed that this had anything to do with his alleged efforts to buy political influence.

According to evidence by former Bosasa employee Frans Vorster, Watson tasked him with arranging a rental car for Mokonyane’s daughter towards the end of 2015. The Audi A3 was meant to be rented for two weeks, but she allegedly ended up keeping the car for two months, Vorster told the commission in January last year. Bosasa paid for everything, including the excess after the minister’s daughter apparently damaged the car.

Mokonyane denied Agrizzi’s assertion that Watson wanted to curry favour with her because of the power she wielded in the ANC. “He thinks that I am the alpha and omega of the ANC. Never. There are structures and systems.”

Earlier in her testimony, Mokonyane said Agrizzi’s allegations against her were motivated by “hatred”.

“I find that they’re very insensitive,” Mokonyane said. “I find that they seem to be an act of excessive desperation, for reasons that are better known by Mr Agrizzi, to discredit me, to  destroy the little of what remains of my character.”