It is alleged that Mokgoro was asked to step down from his position as premier in March by the interim provincial committee (IPC), but refused the instruction.

“The instruction came from number one,” the sources each told M&G.

Mokgoro, together with those loyal to former provincial chair Supra Mahumapelo, is said to be frustrating processes of governance and the ANC’s renewal agenda in the province, one source said.

The party insider added that Mokgoro, who faces a disciplinary process, is allegedly undermining the IPC at the ANC’s legislative caucus and is refusing to co-operate.

Mokgoro’s spokesperson, Vuyisile Ngesi, said the premier has not received any correspondence or heard anything regarding a possible resignation.

“But he will respect any lawful organisational instruction as a disciplined member of the governing party,” Ngesi said.

The party leaders in the province say that although the instruction to resign has not yet been discussed in the national executive committee (NEC), the IPC has been debating whether it should recommend to the NEC that Mokgoro be replaced by Obed Bapela, the party’s NEC convener for the province, or by finance MEC Motlalepula Rosho.

A member of the IPC, who asked not to be named, said the committee had held a discussion three weeks ago at which it was decided that Mokgoro should be asked to resign.

“Yes, he has been asked to resign. The IPC assessed the state of the province and of the ANC and came to the conclusion that the premier should be asked to resign,” the IPC member said.

“The province is unstable, the municipalities have regressed [and] there is a collapse of governance, all of which pointed [to]  the need for the premier to go in order for there to be progress in the province,” they said.

“The NEC deployees to the province and the top six officials seem to be supporting the suggestion that the premier be recalled. There is a disciplinary process that is ongoing, but the feeling is that the premier needs to be recalled urgently,” they added.

Mokgoro, an ally of Mahumapelo, was appointed to replace the former premier when the party dissolved the provincial executive committee (PEC) and recalled him in 2018.

The IPC suspended Mokgoro’s ANC membership in December for allegedly voting with the Democratic Alliance in the legislature in defiance of his party leadership. A disciplinary process has started in this regard.

The interim committee, headed by North West ANC co-ordinator Hlomane Chauke, has faced fierce resistance from Mahumapelo’s supporters — led by Mokgoro — since it was appointed. It replaced the provincial task team that Luthuli House had appointed when it dissolved Mahumapelo’s PEC, and consists of members of both the PEC and the provincial task team.

In March, the M&G reported on a damning 14-page report by the IPC containing shocking findings against Mokgoro. 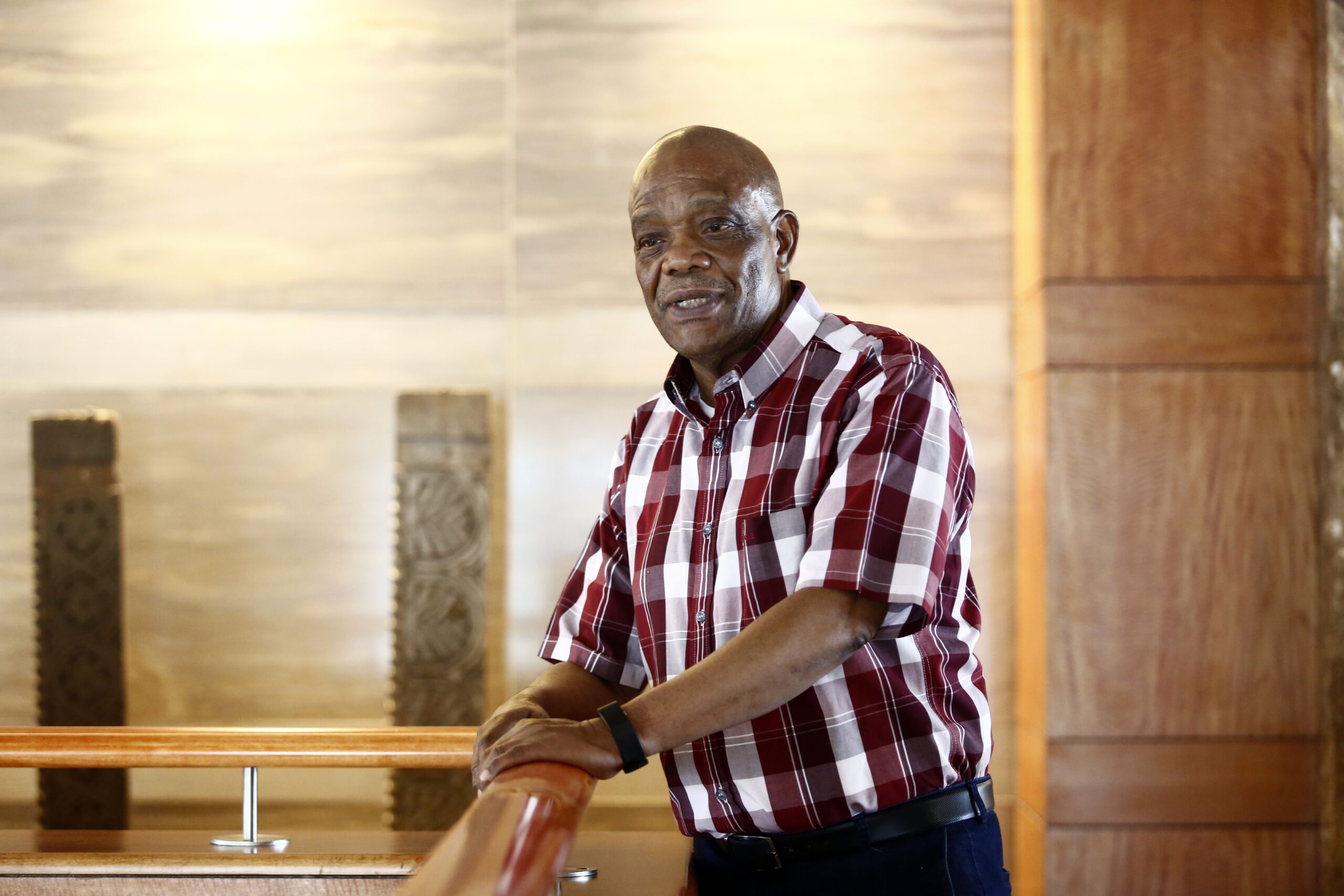 The report, which was submitted to the ANC secretary general Ace Magashule last year, claimed that rogue intelligence operatives working for Mokgoro allegedly tapped the phones of the provincial cabinet members and the interim ANC leaders in the province.

It claimed that Mokgoro’s alleged agents monitored phones and that he and legislature chief whip Paul Sebego ran a campaign to “liberate” the North West from the IPC.

According to the report, which was leaked to M&G, Mokgoro and Sebego have been at the centre of a campaign to undermine the IPC for causing “instability” in the province and its municipalities.

As part of this, claims emerged that the phones of members of the IPC and the provincial cabinet were being tapped, allegedly by the two intelligence operatives who were working for Mokgoro.

Among those whose phones were allegedly being tapped was former MEC Nono Maloyi, who was asked by the IPC to lay criminal charges regarding the alleged tapping, and had done so.

Chauke said further information had surfaced that the agents doing the alleged bugging were interfering in the work of the provincial ANC.

Meanwhile, a member of the ANC in the province is threatening to go to court to force the NEC to abide by the court decision to reinstate the Mahumapelo provincial executive committee.

In August 2019, the court ruled that the decision to disband the PEC was unlawful. The high court in Pretoria found that the NEC could not act in isolation of the ANC constitution.

One of the applicants, Papa Jood, said they are in talks with their lawyers to see if they can take legal action against the ANC.

“We still have not received any response on our initial letter earlier this year and we are considering taking legal action if the ANC refuses to abide by the court judgment. The ANC cannot be selective in how it follows the courts,” Jood said.

IPC media manager Mothusi Shupinyane told the M&G that Mokgoro had not been asked to resign by the provincial ANC.

“The issue of appointing or removing premiers is an issue of the presidency and not one for the ANC provincial leadership. Our role is to simply present three names to the presidency when premiers are being appointed,” he said.

Shupinyane said the disciplinary process involving Mokgoro and ANC North West MPLs who had voted against the party was being dealt with by the party’s disciplinary committee.

ANC national spokesperson Pule Mabe could not be reached for comment.