Suspended ANC secretary general Ace Magashule’s supporters will try to mobilise structures to call for an early conference to elect a new national executive committee (NEC) in response to their loss of control of the party’s top leadership.

The Mail & Guardian understands that they will push party branches, regions and provinces to use rule 29 of the party’s constitution to call for an early elective conference on the grounds that the current NEC is deadlocked in implementing the party’s resolutions and has failed to lead.

This is in the face of a loss of support for Magashule within the NEC, which on Saturday removed him from its online meeting while his suspension over corruption charges was discussed. 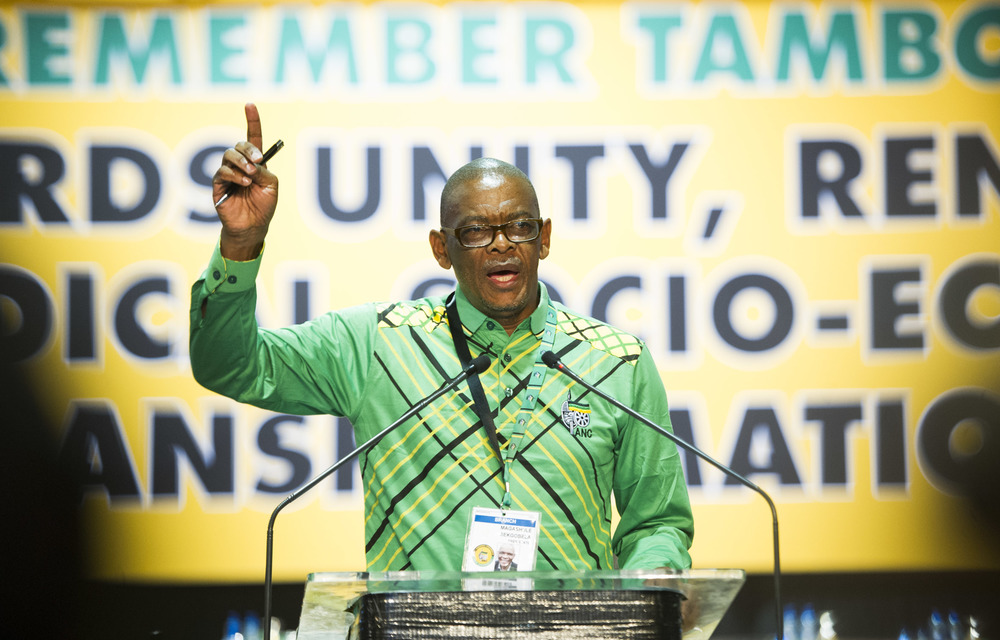 One of Magashule’s key supporters, NEC member Dakota Legoete, told the NEC meeting that the committee, elected at Nasrec in December 2017, had become a “liability” to the country and to the ANC’s structures.

In a leaked recording, Legoete said the NEC had “failed to rise above narrow and factional agendas” and had spent the past four years “dealing with each other”.

Legoete said he believed the ANC needed to use rule 29 of its constitution and call a special conference to deal with this collapse of leadership as the party and the country were “on autopilot”.

“If some of us are not prepared to repent and help the movement move forward, then we must call for a special conference [to] apply rule 29. Branches, regions and provinces must begin to discuss this. We cannot continue like this,”’ he said.

Legoete also called on the NEC to implement the stand-aside rule against people who were accused of corruption but who had not been charged, some of whom, he said, were “worse” than the secretary general.

In his political overview, president Cyril Ramaphosa has said the ANC needed to remain resolute in implementing the step-aside rules and do so as a matter of urgency. The party, he said, needed to keep its focus on fighting against corruption, despite the difficulties this created, and not backtrack on its decisions.

While his supporters are understood to have backed Ramaphosa’s stance, Northern Cape ANC chairperson Zamani Saul expressed “concern” over the impact the step-aside resolution was having on the governing party. Saul, an ANC source said, had told the meeting that the Nasrec conference might have erred in adopting the resolution.

The detail of the step-aside process, the list of those who it will impact and the appeals process are all set to be part of the NEC’s discussions on Sunday.

Magashule told the M&G by telephone on Saturday that he had attended a meeting with the top six and the ANC Women’s League earlier in the day before the NEC began. Magashle said he had attended the NEC as he believed he had a right to do so as he had appealed against the suspension.

After about 70 minutes, the meeting had resolved “that the appeal must be noted and that the secretary general must then be requested to leave the meeting”, Magashule said.

“Because I have appealed, I am still the secretary general of the ANC,” Magashule said.