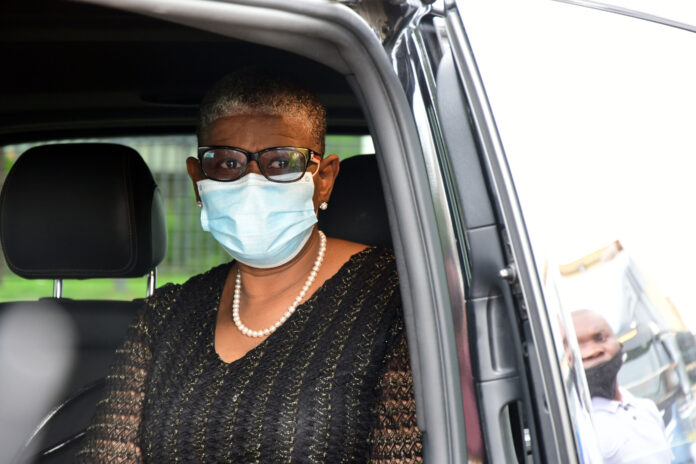 The R320-million corruption trial of former eThekwini mayor Zandile Gumede and her 21 co-accused — fellow members of the ANC’s so-called radical economic transformation faction (RET) — is likely to start only in the middle of next year.

Judge Achmat Jappie in the Durban high court on Monday set down 30 November for dealing with pre-trial matters and 18 July 2022 as a holding date for the start of the trial. A firm date is expected to be set at the pre-trial hearing.

The National Prosecuting Authority (NPA) said some of the accused had changed legal teams, making it impossible for the court to deal with pre-trial management issues on Monday.

ANC heavyweight Gumede, accused number one on the indictment submitted on Monday, was welcomed by a strong contingent of supporters as she arrived at court, raising her fist in the air.

Gumede is alleged to have pocketed millions in kickbacks from fraudulent tender processes, which saw a R45-million solid-waste contract inflated to R320-million over an 18-month period.

These stem from procurement of a new service provider, starting in 2016, when a three-year contract to provide supplementary solid waste collection was lapsing and needed to be renewed.

Accused number four, Robert Abbu, at the time the deputy for strategic and new developments at Durban Solid Waste, is alleged to have delayed the search for new service providers until about a month after Gumede was named mayor in August 2016.

This created urgency, and allowed the circumvention of the normal supply chain management processes and led to the appointment of the four service providers, who feature as co-accused in the matter.

The state alleges that Gumede told councillors in the region that “the time for RET” had arrived and, with former eThekwini chief whip Mondli Mthembu, opened the door for many local councillors to benefit from subcontracts flowing from the four main contracts awarded.

The subcontracts were allegedly reserved for community-based contractors headed by ANC members loyal to particular factions in the governing party. Hence Gumede is said not only to have gained direct personal benefit, but also to have sought to entrench political patronage.

The state alleges that by conspiring to bypass the regular tender rules, and then prompting the appointed service providers to make payments to certain councillors, political groupings and business forums, Gumede acted to solidify “her favour in the political arena”.

According to the indictment, the benefits Gumede accrued ranged from cash transfers of R1.009-million and R824 450 into her bank account to a delivery of R70 000 worth of bricks to the settlement of an optometrist bill of about R8 000.

She also spent R43 650 on buying airtime for her cellphone.

Gumede was recalled as eThekwini mayor and regional chairperson after she was arrested in 2019. However, she remained a councillor, but earlier this month accepted the governing party’s latest set-aside injunction.

However, she has accepted nomination for election as eThekwini chairperson at the ANC regional conference next month, after receiving the early support of 17 branches.

This story was updated after it was first published.