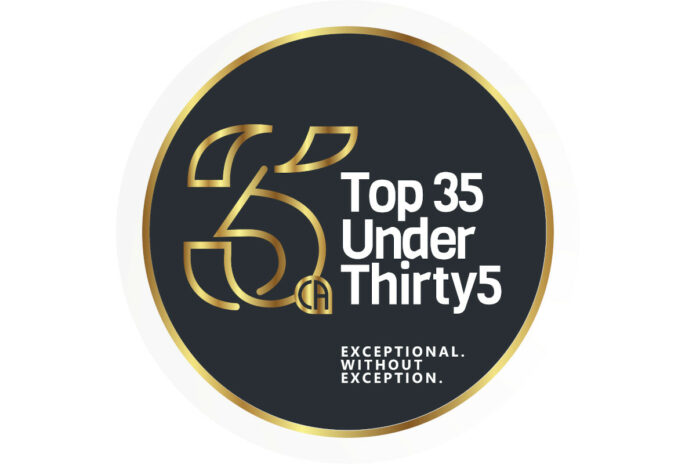 The Top-35-under-35 competition was launched by the South African Institute of Chartered Accountants (SAICA) in 2014 to recognise its young CA(SA) achievers. It has proven to be a huge success in recognising and promoting young CAs(SA) under the age of 35 who are not just achieving extraordinary results in their professional capacity, but also have a significant impact on society.

Manuel Rodrigues (33), CFO of African Operations and MD of Escolha Do Povo (EDP) Mozambique, has been announced as the overall winner of the 2020 Top 35-under-35 chartered accountants [CA(SA)] award.

There were also three category winners and an additional award the winning categories were:

More on the winners

The winners are considered by the judging panel as the cream of the crop among this year’s Top-35-under-35 CAs(SA), who have gone the extra mile to achieve their career aspirations. Indeed, all 35 finalists are individuals who have not only successfully pursued their career dreams, but have also excelled and moved swiftly through the ranks to lead operations within notable organisations.

“Escolha Do Povo” means “The People’s Choice” in Portuguese. This was a brownfields project and Rodrigues often expresses his pride on what they were able to build in a space where there was nothing, raised all the necessary funding, obtained government support and approvals, and put in place the necessary infrastructure for a commercial hatchery, maize and feed milling operation.

The infrastructure allows for the maximum production of half a million day-old chicks per month, which are distributed into the local market along with a chicken feed that EDP produces. This enhances the livelihood of small-scale farmers, as they grow the birds under the supervision of EDP’s training and continuous development programme. The grown birds are sold by the small-scale farmers in the market, thereby yielding a return on investment every 35 days. There is always a conundrum between the bottom line and community development, and Rodrigues has cracked the code to achieve both.

The Develop category award winner, Mahomed Sader, has always loved cars. Thus, when he had the opportunity to join BMW Supertech after he completed his articles in 2012 during a six-month overseas secondment with PwC in Indianapolis, in the US, it felt to him like the perfect match. Between 2015 and 2019 the company has expanded from being a single dealership to boasting six BMW dealerships and three panel shops. Sader has been at the heart of this rapid expansion from the outset. The number of staff employed during this time has also grown from 84 to over 450, including five CAs(SA) who Sader has developed and trained. Group revenues have grown in this period from R426 million to over R2,6 billion.

While Mandy Muchnik, Influence category winner, is a transactor in the private equity industry; she spends a significant amount of time investing in the future of the continent through her role as the Africa Chair for One Young World (OYW), her non-profit imagine.nation, and as the co-chair of the FinBiz2030 Task Force.

Muchnik was selected to be the co-ordinating ambassador for Southern Africa, a role that requires holding the community together and acting as the linchpin between OYW headquarters in London and ambassadors. Under her leadership, the region went from being relatively fragmented to a highly connected, constantly engaged community of over 500 ambassadors who are delivering results on the ground. In OYW co-founder Kate Robertson’s words: “We always knew southern Africa had the potential to be a leading hub globally and it had now not only been done, but the pace had been set for the continent. Since her tenure, the cohorts of coordinating ambassadors throughout the continent turn to her for guidance and support and we continue to see Africa move from strength to strength.’

Lead category winner Nancy Chakabuda currently leads the Internal Controls function for the Africa Middle East (AME) region for Cummins Inc., a global power leader and Fortune 200 American multinational. In this role, she has successfully implemented a data analytics-driven strategy for controls and risk assessment for the region’s multi-faceted environment. She chairs the Regional Controls Council, where her team’s data analytics provide a benchmark for driving process enhancements.

The Game changer award winner, Manqoba Kubheka, joined SAMRO in 2017 as manager in the office of the CEO. His impact and involvement during a turbulent turnaround period at SAMRO enabled him to swiftly grasp the inner workings of collective management organisations and the music industry’s eco-system in general. Finding the company on the brink of a reportable irregularity and qualified audit report, he steered the company to an unqualified audit report, after having developed and implemented process and reporting changes in the finance department. He also initiated and was the front liaison for a forensic audit carried out against the impaired international investments and had the findings of the report presented to the SAMRO AGM in October 2018. Having taken on demanding challenges such as acting CFO only five months into his time at the organisation, Kubheka’s contribution was widely noted.

In February 2019, he became interim general manager in the Licensing Division of SAMRO, which is the revenue-generation core of the organisation. He was appointed permanently in June 2019 and has since led the entity to revenues exceeding R500-million for the first time since its inception in 1962. As a key driver of change and a firm believer in recognising and empowering women, he has placed young black females in all four managerial positions reporting to him, which has contributed to his department’s outstanding achievements.

SAICA’s Chief Executive Officer, Freeman Nomvalo, congratulated all the participants and especially the award winners. “It is gratifying to see that our young CAs(SA) are committed to trust leadership,” says Nomvalo. “Our young CAs(SA) are a beacon of light and hope that points to the fact that our economy is in good hands, led by responsible young business leaders who, through their commitment, engender trust in the profession. I applaud all our Top-35-under-35 CAs(SA) finalists for their commendable commitment and success. Congratulations to the winners on their fine achievements.”

The competition’s proud sponsors are Makosi, Adapt IT, CaseWare Africa, CAMAF, and QuickBooks, companies that have recognised the value of the competition as it provides a platform to promote young CAs(SA) who are making a valuable contribution in their communities, as well as to the economy of South Africa.

Towards a People’s Vaccine Campaign: A call to action

Entry into force of economic partnership agreement between SACU member states and Mozambique, and the UK and Northern Ireland

VACANCY FOR POSITION OF PSYCHOSOCIAL PROFESSIONAL

Women in Sport: In partnership with gsport4girls

The reactions to Elon Musk’s billionaire status are evidence that far too many South Africans have not fully grasped the destructive consequences of inequality. Entrepreneur...

The basic education department has said that it is almost done with the marking process and that the capturing of marks is in progress.

Through much hard work and a bit of good fortune, the South African attacker has converted a potential horror story into magic