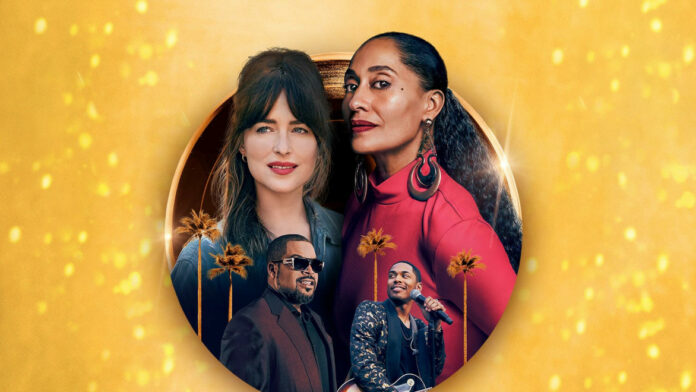 The High Note, currently showing on Showmax, is a comedy-drama about an ageing musician and her ambitious assistant.

Grace Davis, played by Tracee Ellis Ross (Black-ish star, and Diana Ross’s daughter), is a legendary singer with a glorious career behind her, who faces a crossroads in her career: will she risk stagnation and take up the offer of a Las Vegas residency? Or will she reinvent herself?

Hanging on her coattails is the syrupy-sweet Maggie, played by Dakota Johnson (who gained recognition with her role in the Fifty Shades trilogy) — Grace’s softly spoken but ambitious assistant. Maggie has dreams of becoming a producer herself, and starts producing music for an aspiring singer, David Cliff, played by Kelvin Harrison Jr, as a side-hustle.

Grace is the ultimate diva, and poor Maggie finds herself doing everything from cleaning Grace’s clothes closet to giving her an enema after a dodgy plate of clams. Maggie is part-protégé, part-groupie.

While the movie is well-cast, the soundtrack is the real star. You’ll hear Sam Cooke, Aretha Franklin and Maxine Brown, as well as groovy original tracks such as Stop for a minute, performed by Ellis Ross. The soundtrack was produced by Rodney Jerkins, the Grammy-award winning producer behind Whitney Houston and Britney Spears.

From Maggie’s bell-bottoms to Grace’s bodysuits, big hair and hoop earrings, the movie is a throwback a minute. You’d be forgiven for feeling a bit thrown when one of the characters whips out a smartphone.

Ellis Ross makes her vocal debut convincingly, while Johnson plays the underdog with gentleness and maturity. The standout performance of the show goes to Harrison, who won’t win any Oscars for his acting, but really deserves a record deal for his vocals.

Ice Cube and Eddie Izzard add to the well-leathered feel of the movie.

With a soundtrack that’s both fresh and nostalgic, The High Note is the perfect movie for a Friday night in with the family. — Sarah Evans

Now that he has withdrawn from the Senzo Meyiwa murder trial, will the promise of justice for the Meyiwa family be kept?

With fewer people visiting branches, opting to seek services online, something has to give