Some myths and facts on blockchain and cryptocurrency 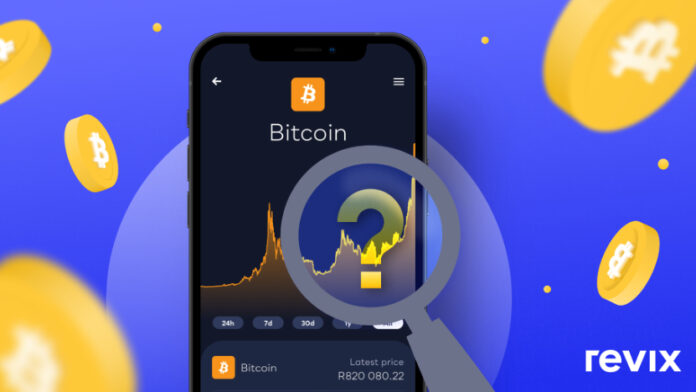 Myth: The cryptocurrency bubble is about to burst.

The blockchain and cryptocurrencies have been around since 2010. In early 2021, cryptocurrencies breached the $1.3-trillion mark, making them the top-performing asset class and the world’s fifth-most circulated currency by value over the last decade. Experts have heralded Bitcoin as the “digital gold” of the digital age, as they help to drive the digital economy and spearhead the fourth industrial revolution (4IR).

Between 2020 and 2021, cryptocurrencies, as an asset class, saw a +195% value increase. This is far higher than the gains seen in traditional commodities and financial markets, such as the S&P 500 Stock Index and JSE Top 40 Stock Index. In comparison, gold saw year-on-year gains of no more than 25% in the same period.

“With the recent pullback in the crypto market, we believe this is an opportune time to get into the asset class of the future. You know what they say about a dip… Make Your Move!” says Seun Sanders, CEO and co-founder of Revix.

Myth: There is only one blockchain.

Fact: There is one blockchain for each cryptocurrency (but not only).

Each cryptocurrency is coded differently and therefore has its own blockchain that records transactions by adding a new “block” of information particular to its “chain”. The time it takes to do this depends on the blockchain; Bitcoin’s blockchain takes 10 minutes, while Ethereum takes 10-15 seconds.

However, blockchains also vary in nature based on their intended purpose and industry; some are public, others are private, and they may be open- or closed-source. For example, Bitcoin strives to be digital cash, while Ethereum allows developers to build peer-to-peer applications that don’t require intermediaries and operate on top of its blockchain. Their use cases are very different. Therefore, you can’t undertake a Bitcoin transaction on the Ethereum blockchain, as these other blockchains do not interact with one another. It would be like trying to pay for dinner in the United States with South African rands. The restaurateur would expect you to exchange your currency into US dollars in order to pay.

Myth: The blockchain and Bitcoin are the same thing.

Cryptocurrencies are digital assets or currencies that can be transacted through the blockchain between two or more entities to buy physical or digital goods and services.

The blockchain is a secure digital distributed ledger that records and stores all transactions in real-time indefinitely and is available to the public.

Myth: The blockchain is only used for digital assets or cryptocurrencies.

Fact: Blockchains also have real-use cases beyond digital assets across various industries and are helping to solve everyday problems.

Because the blockchain is transparent by its very nature and is accessible to the public, it has a broad range of applications in the physical world. Digital voting by means of blockchains can help to eliminate electorate and voter fraud. Similarly, non-profit organisations are using the blockchain to record their funding campaigns so as to remain transparent to donors and illustrate how donations are being utilised. The blockchain can also revolutionise how electronic medical records are safely stored and shared through a private peer-to-peer network, no matter where in the world the patient finds themselves. In the same way, the blockchain can help to track the fair and equitable distribution of Covid-19 vaccines. And soon enough, all contracts, whether for the sale or rental of a home, will be housed on the blockchain to ensure contractual consistency.

Myth: Cryptocurrencies have no intrinsic value.

Fact: Cryptocurrencies do not need to be backed by a commodity to hold value.

Many sceptics claim that cryptocurrencies have no intrinsic value because they are not backed by a commodity such as gold or silver; however, most fiat currencies are not backed by commodities either. Instead, their value lies in the fact that they have been issued by a government and that there is an agreement in place that allows consumers to exchange it for goods or services of a similar value. Hence, its value is agreed upon by all parties.

The same goes for cryptocurrencies; though they are not government-issued, there is an agreement in place in the form of willing buyers and willing sellers — demand and supply — that they can be exchanged for value in the real world. Consider Facebook, which is valued at over $750-billion: it has value due to its networks, data and consumer base, not the servers it runs or lands it owns.

Additionally, according to the principle of scarcity, if a commodity is limited in nature, then its value fluctuates with time due to supply and demand. Bitcoin, as an example, is a limited digital currency as only 21-million Bitcoins will ever be able to be produced.

Myth: Cryptocurrencies are only used for illicit and dubious activities.

The blockchain keeps a public record of each transaction, and although it offers a certain amount of anonymity, users and their details can be identified, which means that this anonymity is in no way absolute. There are some cryptocurrencies designed for anonymous transactions, but they make up less than 0.77% of the overall crypto market value.

Global digital asset exchanges are also being proactive in extinguishing the misuse of cryptocurrencies by implementing mandatory know-your-customer (KYC), anti-money laundering (AML) policies, and know-your-transactions (KYT) policies, where transactions that are sent to users who partake in illegal activities are stopped.

Fact: Cryptocurrency regulation is on the rise.

In the early days of cryptocurrencies, there were fears that they would be banned, however many governments are increasingly willing to adopt them as cryptocurrencies create a business within their jurisdiction and, once regulated, become taxable.

Multinational organisations such as Amazon (via Purse.io), Microsoft, Dell, Expedia, Twitch and Fiverr accept Bitcoin as legal tender. In South Africa, we’re seeing the rise of cryptocurrencies being accepted as a form of payment across various platforms, such as Takealot, Superbalist, bidorbuy.co.za, Shopify, and numerous other retailers.

Though late to the game and after years of talk, the South African Reserve Bank (SARB), the Financial Conduct Authority (FCA) and the Financial Sector Conduct Authority (FSCA) are playing catch-up as they draw up regulatory compliance requirements for cryptocurrencies within South Africa. At present, cryptocurrencies are not considered legal tender in South Africa and are not guaranteed or backed by SARB, hence they operate independently of the central bank.

Though still somewhat misunderstood, the blockchain and cryptocurrencies have immense potential to positively transform developing countries, such as South Africa, in helping to streamline various public and private sectors across numerous industries. — Sean Sanders is the CEO and co-founder of Revix

About Revix
At Revix, we’re driven to empower everyday people to become their own wealth managers. Cryptocurrencies have been our first investable category. We offer Bitcoin, a regulated gold tokenised commodity called Paxos Gold, and three ready-made crypto Bundles. These Bundles are like the S&P 500 for crypto, and offer passive, diversified exposure to the crypto-asset class. Investing is as easy as signing up, choosing an asset, and then watching your portfolio grow.

Sign-up today at Revix using the promocode “MOVE” and get R100 worth of bitcoin deposited straight into your account after your first successful investment; do not be left behind, invest in a Bundle today. T&Cs’ apply.

Disclaimer
This article is intended for informational purposes only. The views expressed are not and should not be construed as investment advice or recommendations. This article is not an offer, nor the solicitation of an offer, to buy or sell any of the assets or securities mentioned herein. You should not invest more than you can afford to lose, and before investing, please take into consideration your level of experience, investment objectives and seek independent financial advice if necessary.

From Grammys to sold-out concerts, the West African music phenomenon is going mainstream

Untreated effluent from textile factories in in Lesotho, Ethiopia, Kenya, Mauritius and Madagascar pours into rivers, contaminating the water

The deep oceans are a fragile final frontier, largely unknown and untouched but mining companies and governments — other than those in Africa — are eying its mineral riches