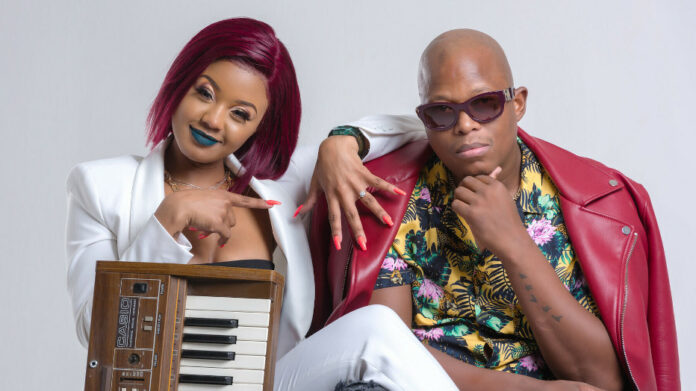 Uthando Lodumo, a new reality series featuring Gqom hit-makers Babes Wodumo and Mampintsha, is fun … but complicated. It picks up after Mampintsha’s assault on Babes, which took place in 2019. The three-part special, now showing on Showmax, is about the lead-up to the Gqom stars’ wedding. It opens with an attempt by Mampintsha to atone for his sins by apologising to Babes’ family (it does not go well.)

Mampintsha’s history hangs awkwardly in the air throughout. But if you love reality TV, or if you’re just a fan, you’ll enjoy the behind-the-scenes drama. It offers a rare glimpse into the pair’s relationship and day-to-day life. Rather than revealing the glitz and glam one would expect from the Gqom stars, Uthando Lodumo reveals them to be rather aspirational.

Babes and Mampintsha regularly mention how rich they are, but it seems a bit forced. We see Babes getting her nails done in a small, run-down salon owned by a friend.  We see Mampintsha drafting a letter of apology to Babes’ family with his father and uncle, while snacking on Cheese Curls and Doritos.

At one point, Babes buys Mampintsha a pair of Versace sunglasses to thank him for proposing to her. But this is clearly an unusual occurrence. Babes pops into a mall on a whim to purchase them before heading back to a club where Mampintsha is drinking tequila, during the day, with two other semi-famous musicians.

The show is clearly a well-crafted PR exercise for the pair — an attempt to drum up some public support for Mampintsha after his abuse — whether that’s enough for the duo’s album sales to recover is a matter that remains to be seen.

But the show is good fun. And like any reality series, we watch it for the gossip, the drama and for a look into the lives of the people we love to envy or hate. On that score, Uthando Lodumo is a great binge-watch.  — Sarah Evans

The union wants the court to decide whether the policy of enforcing vaccinations at UFS holds water.

The image of plastic recycling as the solution to plastic pollution is perpetuated by statistics that highlight successes, which are communicated in tonnes and percentages that are difficult to visualise.

Remedial action against officials suspected of wrongdoing must be taken, says the ministerial task team investigating the defence department

Wearing a mask, washing your hands, good ventilation and keeping your distance all help to lower your chances of getting infected by the virus that causes Covid-19