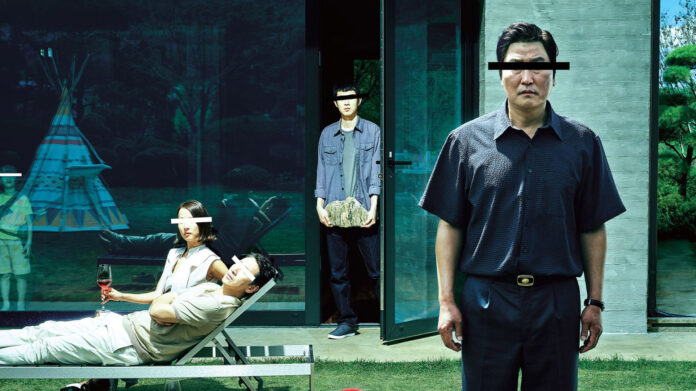 Parasite, the multiple-award winning South Korean satire, thriller, black comedy and horror all rolled into one, co-written and directed by Bong Joon-ho, is a cinematic achievement that will go down in history as one of the greatest films of the last decade — possibly longer.

Currently showing on Showmax, this is the story of the Kim family, which tries to dig itself out of poverty by trying to infiltrate a wealthy family. The Kim children pose as academics and sought-after tutors, to find jobs teaching the children of the wealthy Parks.

Through the eyes of the Kim children, who live in a dirty basement with their unemployed parents, we enter the lives of the super-wealthy. We are immediately aware of the Kim’s — and the writers’ — distrust of wealth. The Parks are full of secrets: the children’s mother is aloof and vapid, while her staff live secret lives under their noses. The children are spoiled and precocious, and the family easily falls prey to the Kim children’s tricks.

By contrast, the poor Kim family is enterprising and aspirational. They may eke out a living folding pizza boxes, but the Kims are not poor because of any lack of intelligence or effort.

We’re not sure what talents, if any, gave rise to the Park family’s fortune. By pitting the two families against each other this way, the writer delivers a trenchant criticism of class and social inequality. Throughout the film, he poses the question: who deserves to be wealthy?

At this point, the film’s title becomes apparent: the Kims may be leaching off the Parks to survive. But in a society as unequal as theirs, who are the real parasites?

While these accolades are significant, it is a pity that so much of the focus on this film has been on its status as being non-English. But Parasite needn’t be remembered for language or nationality; it is truly an exceptional, well-crafted, intelligent masterpiece — period. This is a must-watch— Sarah Evans

In a few years the township will ‘disappear’, and Khayelitsha will become a city, believes one local entrepreneur

All top learners from Gauteng received bursaries for their university education

Those brave people who speak truth to power elevate the Constitution to more than just a text.
Advertising