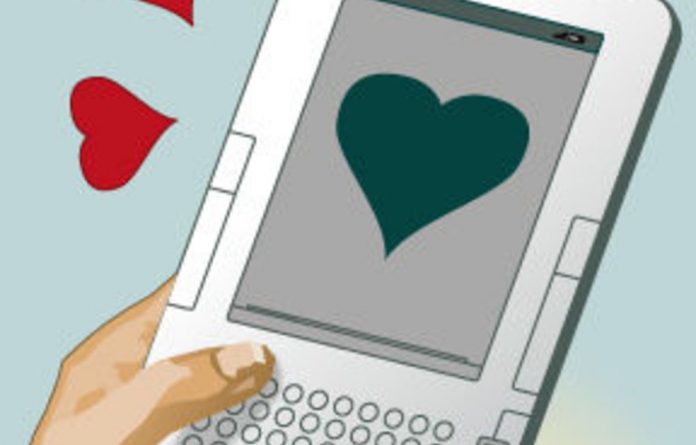 Exclusive Books made me do it. The chain that dominates the local retail scene seems to have been aggressively cutting its stock levels in the face of recession, probably in an effort to reduce the amount of capital tied up in actual pesky books. As a result it has sent me rushing into the arms of dematerialised literature and the great e-book debate.

At the flagship Hyde Park branch, for example, there are gaping voids in fiction, travel and current affairs that cannot be concealed by teetering piles of Dan Brown and Stieg Larsson trucked in on consignment.

I can almost never find what I want. I’m not talking about the moderately obscure things I’ve been seeking out — Ian Frazier’s classic, Great Plains, for example, or Joe Parkin’s punk memoir of the mud-and-blood-spattered Belgian cycling scene, A Dog in a Hat.

Much more obvious titles are unavailable too. How about Alexandra Fuller’s latest hymn to febrile masculinities, The Legend of Colton H Bryant? “I think we had six copies a few months ago,” said the wan young thing at the desk after some desultory tapping at a keyboard.

Don’t even get me started on the periodicals. No New Yorker, no The Atlantic, no Harpers. Only intermittent supplies of the New York Review of Books and The Times Literary Supplement. On the glossier end of the spectrum, no Outside magazine, which is to Getaway what a Vanity Fair is to Women’s Value.

Drastic measures
So, after another listless womble around the Rosebank store recently, I went home, logged into my Amazon account in a fury and ordered a Kindle (wireless reading device). It cost a little under R3 000 all told and arrived two days later.

I had downloaded my first purchase (Hilary Mantel’s Wolf Hall — readily available here, even at Exclusive Books for about 50% more money) within 10 minutes of opening the package.

As we do these days, I mentioned this triumph of globalisation on Twitter. My followers were unimpressed.

“Digital Rights Management is gonna kill you,” said one. “Why not the iPad?” asked many. “The Nook is way superior,” said one or two.

And, yes, I had researched the options. The DRM system that Amazon uses to prevent you from making copies is pernicious, for sure. The iPad is a gorgeous, gleaming slab of glass that does lots of other things and the Nook has a colour screen, for what that’s worth.

But the Kindle is less than half the price of the cheapest iPad, a fraction of the weight and possessed of battery life long enough for an off-grid holiday.

The Nook comes from Barnes and Noble, a distinct also-ran in the global retail game and it doesn’t offer locally the wireless delivery system enabled by Amazon’s 3G Whispernet. Finally, DRM is a pain, but it won’t last forever — this is a transitional device and new e-publishing models will eventually supercede it. For now I’ll put up with the limitations (the worst of which is the impossibility of lending books to friends).

‘Brilliant, but imperfect’
You can read all about the clever technical features of the Kindle elsewhere. I am currently using it to review manuscripts contending for the Penguin Prize in African non-fiction, so the PDF reader is coming in handy. But mostly you’ll want to know what it’s like for buying and reading books and periodicals.

The answer is brilliant, but imperfect. From a buying point of view, it certainly replaces Exclusive Books, with all the really obvious current titles available and fairly attractively priced, albeit you don’t get to have a record of your reading staring back at you from the shelf.

In the first few weeks of ownership Ive bought:

Wolf Hall — a portrait of Tudor power that is a perfect companion to ANC succession intrigue;
Jeff in Venice, Death in Varanasi by Geoff Dyer — soaked in sex, transcendence and very good jokes;
The Big Short — Michael Lewis’s breezy account of how a few investors made billions off the housing crisis;

Lance Armstrong’s War, Daniel Coyle’s 2004 portrait of the peloton’s sometime Capo di tutti Capi that is all the thicker with insight and irony now that half of its cast has been felled by doping scandals;

Tim Krabbe’s brilliant, impressionistic novella, The Race, (probably a minority taste, the cycling nouvelle roman); and subscriptions to the New York Times and The Atlantic.

The Kindle store itself is a little disappointing — if you are expecting an Amazon-like cornucopia, you won’t find it here. But at 370 000 there is plenty to be getting on with. Delivery by Whispernet is frictionless and fast (less than a minute) except when it malfunctions, which it does more regularly than you might imagine.

Classics, on the other hand, are there in abundance, and just a dollar or two away from free, and the back catalogue of major writers is pretty well represented.

The further you get from the mainstream, the better off you are at an independent bookstore such as Boekehuis in Auckland Park for Jo’burgers, the Book Lounge in Roeland Street for Capetonians, or indeed buying physical books online.

For periodicals, too, it is a mixed picture. The web and various smartphone apps are a far better way to read newspapers. The Kindle interface lacks the richness of the web and the easy navigability of print — I won’t be relying on it often for my daily dose of the New York Times until it comes up with a better e-reader-specific layout. For a magazine like The Atlantic, with its focus on narrative journalism, the Kindle format is better but not perfect. It is harder than it ought to be, for example, to figure out what each article is about. There are far too few navigation aids for the reader, such as the blurbs and pictures that enable you to flip through a print magazine and settle on the items that catch your eye. But you soon get used to the new navigation metaphor and ease into a more linear reading experience.

The New Yorker, to my intense annoyance, is not available on the local version of the Kindle storefront.

For reading books, the device is excellent. It is easy in the hand and easy on the eye, with clever search, bookmark, dictionary and annotation functions. The biggest irritation is typography, which is often erratic, partly because of the prevalence of right-justified margins, that introduce ungainly gaps between words when font sizes are changed, and partly because of electronic ­formating glitches.

Those are minor quibbles, though, compared with the advantage of being able to take a library along on a two-day business trip and order titles to suit the mood that strikes you in the airport lounge.

Prices are generally a good 40% lower than they are in local bookstores (although not as low as they are in the American version of the storefront) and they should be. After all, you don’t get a physical object, you can’t share it and you can’t keep it on a bookshelf and feel surrounded by the history of your reading.

In short, the Kindle is a transitional device and falls squarely into the “good enough for me” category. It won’t kill the printed word in its current incarnation, but it’s one more reason not to bother with Exclusive Books.