I wouldn’t be caught dead in that 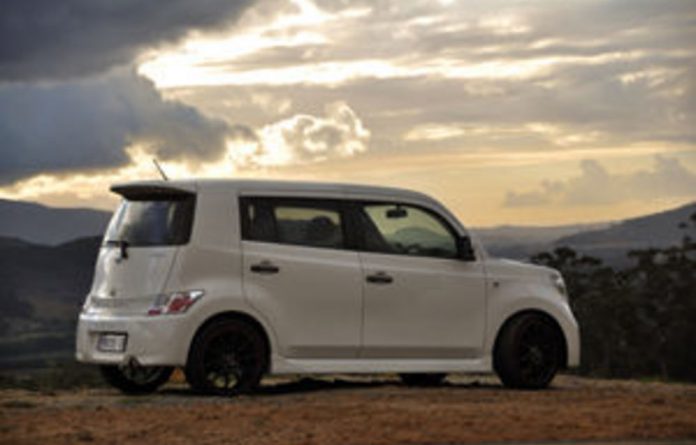 A car can be embarrassing for any number of reasons. Most often it’s because of the way it looks, but it can also be something a little less definable than that: it can be its brand attributes, the target market it’s aimed at, or just its overall execution and attitude towards being a car. Now more than ever there are some pretty embarrassing new cars strafing our roads, but if you can leave your ego at the door, the humiliating cars may surprise you.

Peugeot 3008
How much do you not want to drive a French crossover people carrier? And one that looks the way this one does? I know. I didn’t want to either, but after I’d overcome the fact that everyone who saw me in it must’ve thought I regularly trim my nose hair and suffer from eczema — the Peugeot 3008 shot to the top of my list for crossover family cars.
It’s big and hugely practical with tall doors for passenger access and it has a Audi R8 lookalike dashboard fascia, which is brilliantly built and sturdy like no Peugeot before it. And when you take it for a drive it irons out the bumps in the road, is whisper-quiet on the inside and delivers a competent, even sporty drive. Peugeot has also gone for gold with the 1.6-litre turbo-charged engine, or a 1.9-litre HDI diesel engine that will easily deliver 800km a tank. Pricing starts from R248 500.
The crossover you’re not embarrassed to be seen in, but should be, is the BMW 5-Series Gran Turismo, which is cumbersome, impractical, expensive and aside from the power stations under the bonnet, it’s terrible to drive. Give me a normal 5-Series sedan to take on a grand tour any day.

Daihatsu Materia Turbo
As good as the regular Materia is, it’s vomit-inducingly ugly. If you ever find yourself in one of these 40 limited-edition turbo-charged Materias, my advice is that you simply surrender to the experience. With an aftermarket gash in the bonnet, freeflow exhaust, 1 000 watts of musical intrusion and with tyres that screech through the first three gears, the Materia Turbo is like a 12-year-old boy’s wet dream.
But 110kW of power from the 1.5-litre turbo-charged engine whistles and hisses all around you, and you couldn’t care less about how sick you’re feeling. The handling is nothing to write home about, it’s not that fast, it’s as aerodynamic as a municipal building and it smells as though it’s on fire most of the time, but it’s the most epic fun you can have in a hot hatch. They should call it the Daihatsu “gooi face”.
The Materia Turbo is priced at R219 900.
The hot hatch you’re not embarrassed to be seen in, but should be, is the Mazda 3 MPS, which is powerful, but it’s uncouth, ridiculously designed and also as involving and fun to drive as a warehouse forklift. And you wonder why your friends have stopped calling?

Mazda MX-5
This little roadster definitely ranks as the most embarrassingly best car in the world. You may be thinking: But the MX-5 is a fabulous little thing? And I agree with you.
Classic roadster ingredients of lightness, rear-wheel drive, good power for the chassis (118kW and 188Nm from its 2.0-litre motor) and a great suspension set-up are all in attendance. But weirdly its competence or lack thereof makes it embarrassing. Let me explain why: when you’re thrashing it around the nearest mountain pass on a Sunday afternoon with the top down, savouring the poise and balance, anyone who thinks he knows a little about cars is going to assume that you and your MX-5 are at the beginner level of sports car driving.
And I know this because it’s been happening to me all week while I’ve been testing the MX-5. Joe Soap in his Opel Astra will drive himself off a cliff before he accepts he’s been passed and left for dead by a hairdresser’s MX-5. So to find yourself a little room to breathe out there, you need to drive the little Mazda at warp speeds, which is a problem because then you look like a cock in a sports car with something to prove. This is the issue with the MX-5, no matter how great it is to drive and how beautiful the new front is — it still just lacks the petrol-head cred to go with its dashing performance.
Pricing starts from R344 250.
The roadster you’re not embarrassed to be seen in, but should be, is the Mercedes-Benz SLK200 as it’s harder, heavier and without a hope of delivering the snappy response of the Mazda.