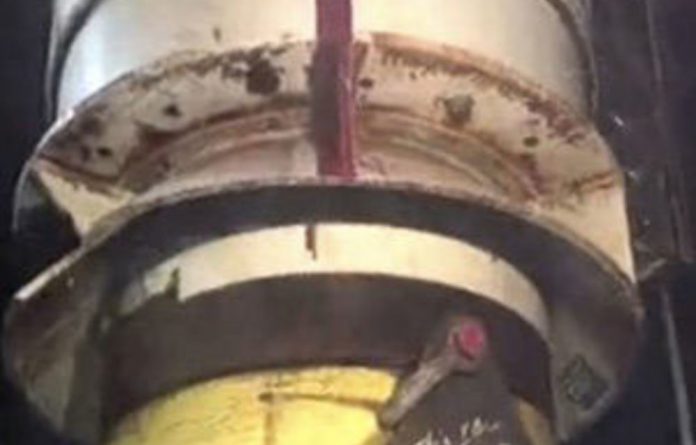 BP said on Monday it had installed and was ready to test a cap that, if successful, would for the first time stop the oil spewing from its ruptured well on the floor of the Gulf of Mexico.

The breakthrough in efforts to curb the 84-day-old gusher was announced as the US Interior Department unveiled a revised moratorium on deep-water oil drilling in the Gulf that it said would stand up to legal challenges.

The prospect of protected court battles over the Obama administration’s bid to limit offshore energy exploration already has had a chilling effect on drilling, putting tens of thousands of jobs at risk, industry officials and analysts said.

But BP got a lift as its share price surged on news from sources that the British oil giant is in talks to sell assets worth up to $10-billion to US energy company Apache and other potential bidders.

BP’s shares also were buoyed by promising developments in efforts to control the largest offshore oil spill in US history, unleashed on April 20 by an explosion that demolished the Deepwater Horizon drilling rig and killed 11 crewmen.

Hours after bringing a new oil-siphoning system online that could capture part of the existing leak, BP said on Monday night it had installed a 40-tonne containment cap atop the wellhead a 1,6km beneath the Gulf surface.

The company said it would test the integrity of the well and the ability of the device to completely seal off the flow of oil on Tuesday, but BP cautioned that success was not certain.

“The sealing cap system never before has been deployed at these depths or under these conditions, and its efficiency and ability to contain the oil and gas cannot be assured,” it said in a statement.

Tests on the device and the well itself will last anything from six to 48 hours. If it works effectively, the cap should either hold all the oil in or allow it to be safely captured and funneled to the surface.

BP has said it will permanently block the oil flow in August with a relief well being drilled deep beneath the seabed that will intercept the original well and plug it.

“I am basing my decision on evidence that grows every day of the industry’s inability in the deep water to contain a catastrophic blow-out, respond to an oil spill and to operate safely,” Salazar said.

The new ban would run until November 30 and applies to the same oil and gas rigs as before, though it is defined by the types of drilling technologies used rather than the depth of the offshore operations, as the original plan was.

President Barack Obama is under pressure to make offshore drilling safer and hold BP accountable as the spill devastates the multibillion-dollar tourism and fishing industries across all five states along the Gulf of Mexico.

The oil industry reacted to the new drilling ban by saying it would make matters worse.

“It is unnecessary and shortsighted to shut down a major part of the nation’s energy lifeline while working to enhance offshore safety,” said American Petroleum Institute CEO Jack Gerard. “It places the jobs of tens of thousands of workers in serious and immediate jeopardy and promises a substantial reduction in domestic energy production.”

Legal challenges
Analysts said the oil industry was likely to contest the new ban in court, but deep-water exploratory drilling was unlikely to resume any time soon given the prospect of lengthy legal battles. Some energy analysts have said the hesitation could last longer than six months.

In New Orleans, Obama’s independent oil spill commission held its first hearings on the impacts of the spill and of the drilling ban. Michael Hecht, of the development agency Greater New Orleans, told the hearing a drilling freeze threatened 24 000 jobs in Louisiana alone.

The panel of seven engineers, environmentalists and former politicians is investigating decisions by oil companies and government regulators that may have led to the disaster. Its findings will be crucial to any new regulations put in place and an eventual relaxation of the drilling ban.

BP shares climbed more than 9% in London and nearly 8% in New York on Monday, driven by potential asset sales and hopes for a new system to capture the escaping oil.

“It’s probably worth more than what it’s trading for right now if they can ever get this well capped and get the clean-up effort really going,” said Ted Parrish, a co-portfolio manager at Henssler Equity Fund in Georgia.

The asset sale talks are at an exploratory stage and it was uncertain whether any plans would be advanced enough to be disclosed before BP announces second-quarter earnings this month.

BP owns a 26% stake in Alaska’s Prudhoe Bay, the largest oilfield in North America and one of the 20 largest ever discovered.

BP and Apache declined to comment on reports of the talks. – Reuters