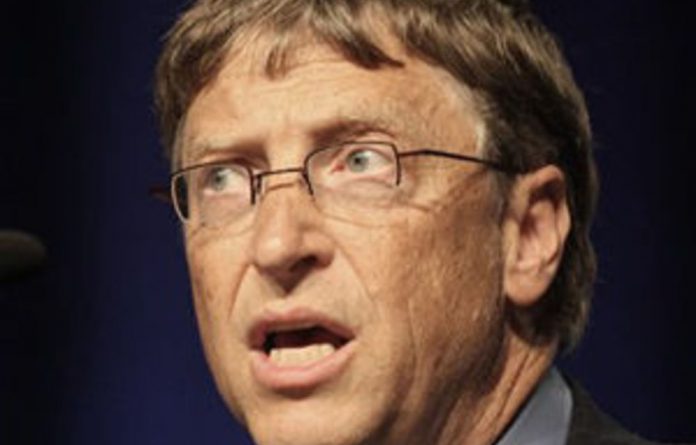 A breakthrough test of a vaginal gel to protect women against HIV unleashed a wave of optimism at the world Aids conference on Tuesday after two days of rows over funding.

Hearty applause broke out in the main hall of the Vienna congress centre where delegates were told of the research unveiled in the United States journal Science the night before.

Organisers hastily set aside a huge room for a seminar to debate an announcement that some veterans described as nothing less than historic.

The prototype is the first vaginal gel to offer a strong degree of protection against the human immunodeficiency virus (HIV), according to results from the second phase of a three-stage trial.

“We are all very excited by the results,” Anthony Fauci, director of the US National Institute of Allergy and Infectious Diseases (NIAID), told a press conference.

“This is the first time that there has been an unequivocally significant demonstration of the ability to block [HIV] acquisition in women by a microbicide.”

Further scrutiny is needed of the microbicide’s safety and effectiveness before it can be released to the public, experts cautioned.

Questions remain about whether the protection is high enough or whether the formula should be finetuned, and how the product would be used in real life rather than in test conditions.

But if these obstacles are overcome, a weapon of mighty proportions could emerge in the fight against HIV/Aids, they said.

Empowering women
It would not only add to the tiny arsenal of options for preventing the spread of HIV. It would also empower women, especially those in sub-Saharan Africa, facing coercive sex from an infected partner who refuses to wear a condom.

“This is good news for women, good news for the field, and a good day for science,” Yasmin Halima, director of the Global Campaign for Microbicides, said.

The US ambassador for Aids, Eric Goosby, said the trial had been a “proof of concept” that the long and frustrating quest for a microbicide was viable.

“We are giving hope to women. For the first time we have seen results for a woman-initiated and -controlled HIV prevention option,” said Michel Sidibe, executive director of the UN agency UNAids.

The gel was tested under tight ethical guidelines among 889 women in urban and rural South Africa, who were HIV-free at the start of the project.

Half of the women received the cream — the first microbicide to contain an antiretroviral drug commonly used to treat HIV-infected people — while the others used a placebo, a harmless but non-active lookalike.

Thirty-eight women in the gel group became infected with HIV, compared with 60 in the placebo group.

In statistical terms, the gel reduced the risk of HIV infection by 39% overall, but by 54% among women who adhered to the instructions most consistently.

There was no increase in side effects, nor — among women who became infected with HIV — any sign that they were more resistant to tenofovir as a result of the gel.

Jean-François Delfraissy, executive director of France’s National Agency for Aids Research (ANRS), said the work was “one of the greatest [medical] trials in the history of HIV”.

Even with this success, there remained no “magic bullet” on prevention, but a panoply of methods, including safe sex and male circumcision, he said.

More than than 33-million people are infected by HIV, more than two-thirds of whom live in sub-Saharan Africa. In this region, 60 percent of new infections occur among women and girls.

The 18th International Aids Conference, a six-day event that runs until Friday, was soured in opening debates over a slump in funding, triggered by the economic recession.

Activists rowdily accused US President Barack Obama of reneging on Aids pledges, prompting his predecessor, Bill Clinton, to mount a defence of the White House incumbent and urge campaigners to squeeze every dollar at a time of belt-tightening. – AFP