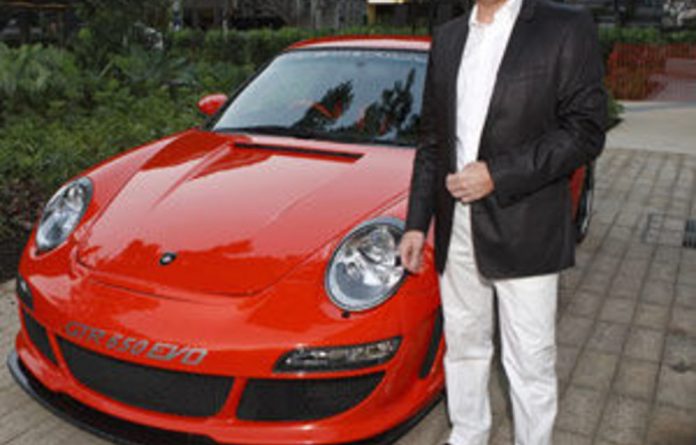 The investigation into the death of German businessman Uwe Gemballa is focusing on a circle of people around Czech fugitive Radovan Krejcir, evidence seen by the Mail & Guardian suggests.

In a breakthrough last week police retrieved Gemballa’s body during a search in Atteridgeville, outside Pretoria. Reports said he was shot in the head.

Gemballa was the owner and founder of Gemballa Sports Cars, which did tune-ups and luxury conversions on Porches and Ferraris. He disappeared after being met by an unidentified man on February 8 this year at OR Tambo International Airport.

On February 9 Gemballa phoned his wife, Christiane, reportedly told her he had had an accident and asked her to transfer €1-million into an account. She was apparently suspicious because he had spoken to her in English and she did not transfer the money.

The M&G previously reported that Gemballa had been intending to meet Jerome Safi, an associate of Krejcir, in South Africa, believing that Safi wanted to set up a franchise of the Gemballa marque in South Africa.

Was this a ruse devised by Krejcir or others to lure Gemballa into the country? Safi has confirmed that Krejcir and slain strip-club owner Lolly Jackson would have provided funding for the “project”.

But a source familiar with the circumstances said that the involvement of Krejcir and Jackson behind the scenes may well not have been disclosed to Gemballa.

In correspondence with Gemballa, and seen by the M&G, Safi makes no mention of Krejcir, who was known to Gemballa.

The M&G has traced the address given to Gemballa by Safi in a draft distribution agreement between the two, purporting to represent the company to be formed, “Gemballa South Africa”.

Krejcir and Jackson, he said, were the intended investors in the deal with Gemballa, not him personally. “I don’t have the money for this kind of stuff — I would never have phoned him [Gemballa] if I didn’t have money backing me.”

Safi said Krejir and Jackson had provided him with the office “and would have provided me with the money for everything. They said to me, if I get everything sorted out, I would get a small percentage. At that stage I only knew Radovan for about two or three months.”

Safi said that after Gemballa’s disappearance he had cooperated with the police. “Right in the beginning already, in February, I gave my full statement and even passed my voice analysis test and lie detector test.”

Krejcir did not respond to a detailed message left on his phone.

But last weekend he denied being a suspect: “If I had been suspected [of the murder], I would have been in custody,” Krejcir told the website of the Czech weekly Tyden.

He said the South African police had not contacted him in connection with Gemballa’s death and denied knowing Gemballa well: “I saw him once in my life in Prague where I met him at a fair, possibly in 1995, and I have not seen him ever since.”

According a source with knowledge of the German police investigation, however, this is contradicted by the Gemballa family, who maintain there was contact between Gemballa and Krejcir until the end of the 1990s and a meeting in Prague around 2002.

It is also contradicted by Juan Meyer, a gold-refinery owner and former business associate of Krejcir.

Meyer claims that Krejcir told him he was using cars imported from Gemballa to smuggle cash into South Africa.

But, claims Meyer, when a Porsche was imported in September last year, the cash was missing. Meyer claims he overheard an angry exchange on the phone between Krejcir and Gemballa about Krejcir’s money.

In an affidavit seen by the M&G, Meyer states: “Radovan and Gemballa had an argument about the lack of cash, whilst I was sitting with Radovan at the Harbour Café in September 2010 [sic]. Radovan had said that if Gemballa did not pay, he would get trouble.

Krejcir has dismissed Meyer’s allegations and the M&G has not been able to confirm independently whether there were phone conversations between Krejcir and Gemballa in September 2009.

Nevertheless in about January 2010 Safi made contact with Gemballa, apparently at the urging of Krejcir and Jackson. It is understood that at least one state agency is investigating whether Krejcir imported cars from Gemballa through Jackson, but this could not be confirmed.

Sean Newman, a spokesperson for Jackson’s wife, Demi, denied that Jackson had imported cars from Gemballa. “Never. Lolly had an extreme distaste for Porsches — he only owned the very old model 911 turbo because it was iconic … Lolly never so much as mentioned his [Gemballa’s] name. I didn’t know who he was until the news reports after his death.”

It is understood that Krejcir drives a Gemballa-styled Porsche, but one source said this conversion was done by a local car-tuner, Marco Casciani, using a Gemballa kit.

Casciani told the M&G Gemballa had not contacted him before his trip to South Africa, which, in retrospect, made him suspicious about whether Gemballa’s trip had been legitimate because he had been the only local importer of Gemballa kits at the time.

The source familiar with the German investigation said surveillance camera footage at OR Tambo showed Gemballa being met by a white man wearing a cap with a sign. It is understood that this was not Safi.

It is also understood that after police questioned people in Krejcir’s circle last week they were able to locate Gemballa’s body.

Reports that two people were arrested last week in connection with the murder appear to be incorrect and have been officially denied by the police.

The M&G has seen two other affidavits that link Krejcir or those around him to the Gemballa murder but has agreed to protect the identity of the sources for now.

One source says that Krejcir had indicated on one occasion that he was responsible for the disappearance of Gemballa.

Another source claims under oath to have overheard a number of Krejcir’s associates talking heatedly in Greek about Gemballa and that one of Krejcir’s employees had alleged that five or six people had been “disappeared”, including, so it was understood, Gemballa.