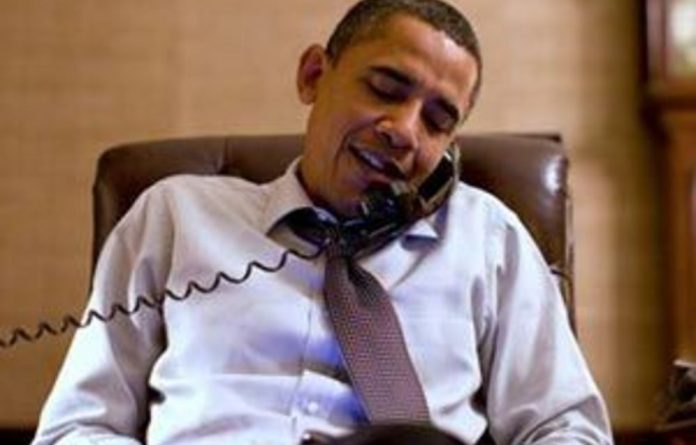 American’s awoke on Wednesday to a vastly different political landscape, with Republicans retaking the House of Representatives as US voters rebuke President Barack Obama and the hopes of his historic 2008 election win.

Resurgent Republicans, led by the ultra-conservative Tea Party insurgency, steamrolled Democrats in Tuesday’s key mid-term election by taking at least 60 seats and a commanding majority in the House. It was one of the chamber’s largest political swings of the past century.

Beleaguered Democrats clung onto the Senate, but the Republicans netted six seats, with two more battleground states, Colorado and Washington, yet to be declared. They needed an unlikely 10 pick-ups to take the Senate as well.

Republican national committee chairperson Michael Steele said his party went from endangered after the 2008 election to “invigorated” after Tuesday’s mid-term.

“The party has found itself in its roots again,” Steel told Fox News.

By early on Wednesday, with a handful of the 435 House seats still up for grabs, several US media outlets were reporting a gain of at least 60, with 239 seats for Republicans and 183 for the Democrats.

Humbling result
While Obama’s top Senate ally, Harry Reid, survived a strong challenge, the results were an overall humbling result for the president.

Ohio’s John Boehner, almost certain to take the gavel from Pelosi in January and become Republican speaker, dissolved in tears in his moment of victory, but laced his speech with steel.

“We hope President Obama will now respect the will of the people, change course, and commit to making the changes that they are demanding,” Boehner told a victory rally in Washington. “To the extent he’s willing to do that, we’re ready to work with him. But make no mistake, the president will find in our new majority the voice of the American people as they’ve expressed it tonight.”

Obama called Boehner at midnight, and said he was “looking forward to working with him and the Republicans to find common ground, move the country forward, and get things done for the American people”, the White House said.

The Republican rout is all the more stunning given the moribund state of the party after the Democrats’ sweeping victory of 2008.

Historic legacy
Democrats will hand over the House after amassing an historic legacy, including healthcare reform and a Wall Street overhaul over the last two years, and claiming they staved off a second Great Depression.

But they paid a heavy price for a sluggish economic recovery that has yet to be felt countrywide and unemployment pegged at a stubborn 9,6%.

In a true embarrassment for Obama, Republicans won his former US Senate seat, as Mark Kirk beat presidential friend Alexi Giannoulias in Illinois.

Democrats fared poorly at the state level as well, with eight governorships to Republicans as of early Wednesday, and nine governor posts still too close to call.

But Democrats reclaimed the governor’s mansion in the most populous state of California, as Jerry Brown defeated wealthy businesswoman Meg Whitman to replace outgoing Arnold Schwarzenegger.

‘We’ve come to take our government back’
But Republicans were jubilant at their House win.

“We’ve come to take our government back!” cried Rand Paul, a hero of the Tea Party movement, after winning a Senate seat in Kentucky.

“There’s a Tea Party tidal wave,” he said, in a coming-of-age moment for the movement set up to challenge what critics see as Obama’s “big-government” takeover of American life.

Under Boehner, Republicans are promising to reverse Obama’s sweeping health reforms and promise a budget crunch and tax cuts that they claim will cut the deficit and ignite growth.

All year, voters have made clear that the sluggish rebound from the worst crisis since the Great Depression, with unemployment standing at 9,6%, was their major concern.

Obama, who leaves on Friday on a nine-day tour of Asia, must now launch a re-examination of his presidency, as he seeks to renew his bond with voters in the run-up to 2012. — AFP