Bullied nerd in the fight of his life 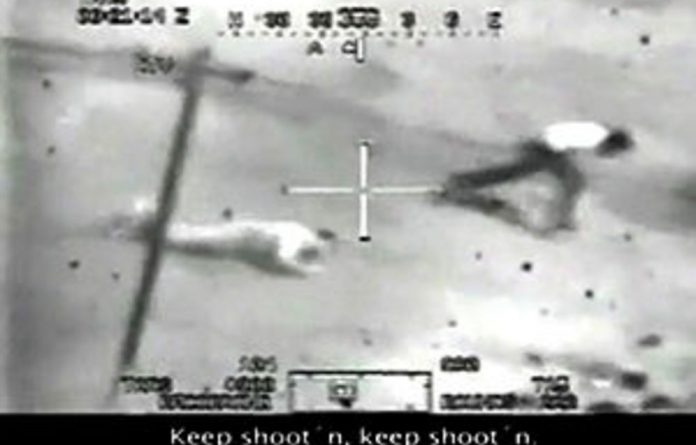 Bradley Manning woke up on December 1 at a military base in Virginia to his 191st day in custody for the alleged leak of more than 250 000 diplomatic cables to WikiLeaks.

Manning (23), a United States army intelligence analyst brought up in the Oklahoma Bible belt and west Wales, is locked up with about half a dozen others in the marine-run facility in Quantico.

He has had access to TV news and briefings from his lawyer, but little can have prepared him for the fury of the government he served about the cables leak.

Hillary Clinton, the secretary of state, said it “tore at the fabric of government” and pledged “aggressive steps to hold responsible those who stole this information”. Republicans branded it terrorism.

Manning faces a court martial and up to 52 years in prison for his alleged role in copying the diplomatic cables, and the leak of military logs about incidents in Afghanistan and Iraq and a classified military video of a US helicopter crew gunning down men they thought had a rocket launcher. They turned out to be Reuters staff with a TV camera.

Friends say he is on anti-depressants and only a limited list of visitors can see him, yet one who saw him recently said he was “doing surprisingly well; he’s in high spirits”.

In the new year he will face a pre-trial hearing, then, his lawyer expects, a public court martial in New York state. So far he does not have enough money to pay for his defence, which will cost an estimated $130 000.

Who is Bradley Manning
A fundraising exercise set up in his name by the Courage to Resist Fund has raised $90 000 to date from donations and the sale of “Free Bradley Manning” T-shirts and badges.

Who is Bradley Manning, and what motivated him? Some insight into what drives him can be gleaned from the online chat he had from Iraq with a former hacker, in which he talked about how he felt that no one had ever noticed him.

“[I was] regularly ignored, except when I had something essential, then it was back to ‘bring me coffee, then sweep the floor’,” he told a fellow hacker who asked what he would do if his cover was blown. “[I] felt like I was an abused workhorse.”
Manning even added an “emoticon” of a crying face.

“I’ve been so isolated so long,” he went on, adding he was “self-medicating like crazy”. “I just wanted to be nice and live a normal life — but events kept forcing me to figure out ways to survive — smart enough to know what’s going on, but helpless to do anything — no one took any notice of me.”

He was also apparently hopeful about what the leaks might achieve, buoyed by the public reaction to the helicopter video, which had already been released. “God knows what happens now,” he said, having sent the material to WikiLeaks.

“Hopefully worldwide discussion, debates and reforms. If not — then we’re doomed as a species. I will officially give up on the society we have if nothing happens. The reaction to the video gave me immense hope — CNN’s iReport was overwhelmed — Twitter exploded —”

He is unlikely to be disappointed by the coverage of the cables, which continue to lead news bulletins around the world. But his chances of observing their impact from a position of freedom were shattered when the hacker he was talking to in May this year, Adrian Lamo, reported him to the federal authorities.

“I’d be one paranoid boy in your shoes,” Lamo told him ominously. Within 24 hours officers from the US Army Criminal Investigation Command arrested Manning and took him into custody in Kuwait.

Early years
Manning was born in Oklahoma to a Welsh mother, Susan, who had met Bradley’s father, Brian, when he served at a Welsh barracks. He has said he was “raised Catholic [but] never believed a word of it” and that in the army he wore customised dog tags that said “humanist”.

Manning moved back to Wales in 2001, aged 13, when his parents divorced, and he sat his exams at Tasker Milward school, where people who knew him said he was a “hot-headed” computer nerd who was bullied.

“He was known for having a bit of an attitude,” a schoolfriend told the Guardian. “Frankly I didn’t like him very much.”

His mother, Susan, lives in a modern terrace house in a cul-de-sac in Haverfordwest, a Welsh town at the centre of an FBI investigation earlier this year.
Susan Manning’s sister, Sharon Staples, describes how “these guys in dark suits” — whom she took to be FBI officers — questioned her sister.

After dropping out of school, Manning returned to the United States and joined the army. Based in upstate New York, he met Tyler Watkins, a musician who became his boyfriend and through whom he is thought to have come into contact with a thriving computer programming community based around the Massachusetts Institute of Technology in Boston. They discovered a shared interest in the reforming potential of technology.

When he was posted to Iraq he found himself with “unprecedented access to classified networks, 14 hours a day, seven days a week, for eight-plus months”. The scope of the intelligence he found was “so broad and yet so rich” it overwhelmed him.

Surprises
During an exchange with Lamo, who asked about the scandals the cables might contain, he said: “I’m sorry, there’s so many it’s impossible for any one human to read all quarter-million and not feel overwhelmed and possibly desensitised.”

He was outraged by some of the military’s behaviour revealed by the documents and hankered for transparency.

“I want people to see the truth, regardless of who they are, because, without information, you cannot make informed decisions as a public,” he wrote to Lamo.

Manning explained that he “developed a relationship” with Julian Assange, the founder of WikiLeaks, but found him elusive. Lamo asked how he contacted Assange and, when pressed, he said he used an encrypted online chat programme.

Manning returned to Boston on leave in January this year. The tech community he befriended there is now being investigated by federal investigators amid suspicions that they facilitated the leak, which they strongly deny.

Shortly after Manning returned to Iraq, he allegedly sent his first document to WikiLeaks in what was, in effect, a dummy run for the aim of getting encrypted data on to the publicly accessible internet.

It was a diplomatic cable relating to Iceland. Within weeks, he had downloaded all the other material and WikiLeaks was primed to make its name and so cast Manning into the fight of his life. — Guardian News & Media 2010