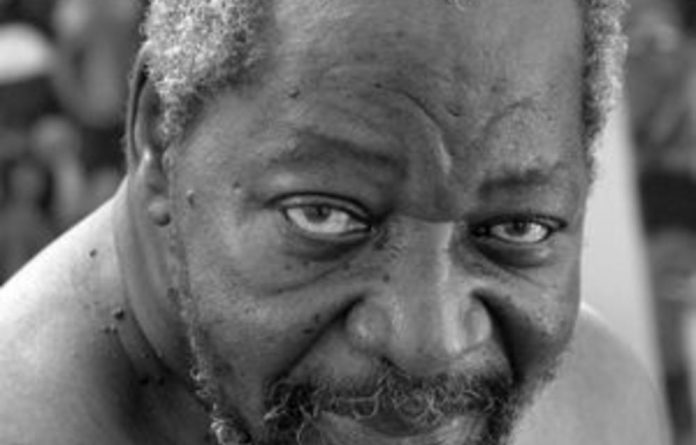 Malangatana Valente Nguenha, who died at his daughter’s home in Portugal on January 3, was “much more than an artist, he is a part of us”.

With these words, Armando Artur, Mozambique’s minister of culture, hailed the achievements of a man who was painter, poet, musician, intellectual and revolutionary — a figure who played a key role in defining, shaping and entrenching liberation art in contemporary African culture.

Nguenha’s work gives voice to everything people in our society have faced and continue to face — in pain and struggle, in joy, in line, colour and beauty.
Nguenha wrote: “Art for me is a collective expression that comes from the uses and customs of the people and leads to their social, mental, cultural and political evolution. Art is a musical instrument full of messages. These are messages that the artist selects to put together in front of humanity.”

Nguenha’s vision and message grew out of his own life — it was rooted in what he saw, felt and did. He was born to a poor family in the small Mozambican town of Matalana in 1936.

His father was largely absent, a miner in South Africa. His mother was the village’s expert tooth sharpener and tattooist. As a boy he was employed as a herdboy on farms and as he grew up he absorbed the rich symbols and narratives of his Ronga community.

His fascination with his mother’s work is echoed in the teeth and claws of his mature art. One painting from the 1960s is titled The mouth of society has sharpened teeth; the only way to destroy a monster is to pull out his teeth.

He wrote: “Like all the young children who grew up with me in the 1940s, I saw many things — many things that made my life political from the start. I saw my parents forced to work on the railway without food. I saw my aunts and my uncles being punished by the sipiao, the colonial police. I saw my cousins beaten with the palmatória [rod]. All this was preparation for a political life.”

The early days
At age nine, Nguenha attended a Swiss mission school, learning Bible stories and craft skills. But after only two years there, the Portuguese colonial regime closed the school down. At 12 he left home to find work in Lourenço Marques (Maputo).

He worked as a ball boy at a tennis club and studied at night. Augusto Cabral, an architect and amateur painter who was a club member, gave him a pair of sandals but Malangatana asked for painting lessons as well.

Later he waited at tables at the Club de Lorenzo Marques and in his time off studied with the Portuguese artist, Ze Julio. He first exhibited his paintings in 1959 and held his first solo show in 1960.

Nguenha believed that art must express the anxieties and aspirations of the people — it should be “a simple dialogue, comprehensible — a vibrant thing, crying to the spectator, full of heat and life that makes him cry, or creates tremors in his body”.

“In Mozambique Frelimo was starting to operate in the north of the country — At this point I changed from being a landscape or portrait painter to being more the kind of painter I am now.”

These debates gelled into revolutionary cultural theory. Eduardo Mondlane later said: “The paintings of Malangatana [Nguenha] and José Craveirinha draw their inspiration from the images of traditional sculpture and from African mythology, binding them into works explosive with themes of liberation and the denunciation of cultural violence.”

In 1964 Nguenha’s work was featured in a collective show by new Mozambican artists. The Portuguese secret police (PIDE) closed down the exhibition and cracked down on radical intellectuals. Nguenha spent 18 months in the central jail of Machava, with the writer Luis Bernardo Honwana and poets Rui Nogar and Craveirinha, with whom he shared a cell. When PIDE failed to prove Nguenha’s Frelimo connections, he was released.

He used a grant to study engraving and ceramics in Portugal and travelled and exhibited throughout Europe. When the Portuguese colonial regime in Mozambique collapsed in April 1974, he went home. He joined the Frelimo government and spent four years as a Frelimo deputy in the then ministry of cultural affairs, producing art for political mobilisation, events and literacy campaigns.

Art critics comment that during that period Nguenha had less time to spend on his “own” artwork. He put it differently: “For a brief period after independence my painting became softer. I was using more blues, yellows, whites.

liberation culture
Then the liberation war in Zimbabwe started and Renamo was set up by the Rhodesians. And when that war was over South Africa took over backing Renamo — and destroying more than the Portuguese ever destroyed.” Renamo murdered his brother and other family members.

By 1981 he had returned to painting full time. “My painting got more violent, more shocking, with reds that were stronger than ever,” he said. “To see the schools, the hospitals, the farms, the railways — all symbols of hope and growth for our country — being destroyed, to see pregnant women, children, men being killed — sometimes 200 or 300 in one day, in 40 minutes — creates in my heart a sadness that does not stop.”

He threw his energy into calling for peace and was co-founder of the Mozambican Peace Movement and later a negotiator of and signatory to the 1992 peace accord between Frelimo and Renamo that ended the 16-year civil war.

When Unesco appointed Nguenha Artist for Peace in 1997, he responded that the honour was not his alone but must be “bestowed on mothers, on children, on all those who are suffering”.

Energetic in building up Mozambique’s new national culture, he helped to establish the Mozambique National Museum of Art and the Centre for Cultural Studies and to relaunch the Nucleo de Arte cooperative.

He founded a cultural project in his birthplace to integrate creative art and for the collection and preservation of history, culture and tradition and he launched a youth programme on the outskirts of Maputo. He spoke and exhibited around the world.

Of his painting, he said: “The lines are more human now. They are laughing. Instead of chains, there are tattoos — symbols of culture. The lines are very thick, very open. Something around me is guiding me to work like this. Something is really changing. We are being influenced by a positive fire. A fire that is burning under our feet, warming us.”

As we mourn Nguenha’s passing, we celebrate the warmth we feel at his fire.

Judy Seidman is a cultural worker and painter based in Johannesburg. She has written several books on Southern African art, including Red on Black: The Story of the South African Poster Movement (STE, 2007)