Most powerful man in Egypt 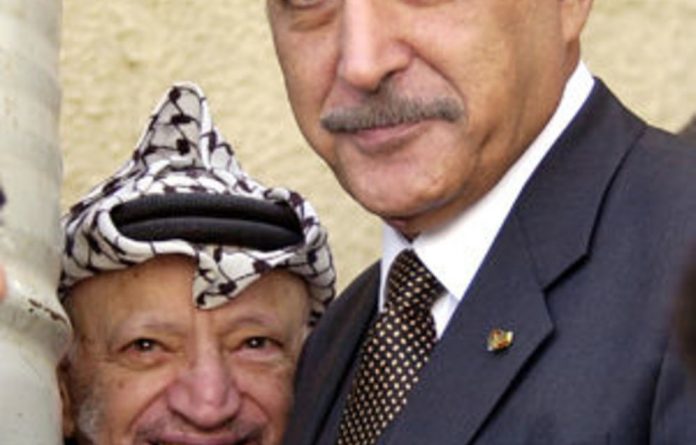 The Egyptian regime was showing signs of regaining its nerve and assembling a strategy to extricate itself from its perilous predicament. Whether the strategy can work is another matter entirely.

The survival plan centres on Omar Suleiman, who is head of intelligence, President Hosni Mubarak’s close confidant and the newly installed vice-president. Right now Suleiman is the most powerful man in Egypt, backed by the military (from which he hails), the security apparatus and a frightened ruling elite hoping to salvage something from the wreckage.

Suleiman is, in effect, heading a junta of former or acting military officers. Mubarak has been reduced to the role of figurehead, sheltering behind this clique. But they will not sacrifice him if they can avoid it, analysts suggest.

They probably now accept that the old man has to go, sooner rather than later. But they seem determined that when his departure comes, it will be dignified, and at a time of their collective choosing.

Suleiman is the keeper of Egypt’s secrets, a smooth behind-the-scenes operator who has been intimately involved in the most sensitive issues of national security and foreign policy for close to 20 years.

As mass protests continued in Cairo and elsewhere, this discreet spymaster faced intense scrutiny both at home and abroad as he holds the key to the political future of the Arab world’s largest country. Famously loyal to Mubarak, Suleiman looks likely to determine his fate.

Late on Monday he went on TV to announce that he had been ordered by the president to tackle “constitutional and legislative reforms” and, crucially, to include opposition parties in the process. That looked like an attempt to defuse the crisis by starting a dialogue it is hoped will ensure the survival of the regime.

Suleiman’s appointment as vice-president carried two significant messages — for the first time since coming to power in 1981 Mubarak had decided on a successor, squashing speculation it would be his son, Gamal, and that that successor has the full confidence of the military.

In 1995, two years after taking over Egypt’s General Intelligence Service, he saved Mubarak’s life during an assassination attempt in the Ethiopian capital Addis Ababa, having insisted his boss travel in an armoured car.

He also played a key role in defeating the insurrection mounted by armed groups such as the Islamic Jihad. In the mid-1990s he is said to have worked with the CIA on handing over wanted militants, a practice that continued as “extraordinary rendition” after the 9/11 attacks. For 30 years before that Suleiman served in the army.

“Suleiman is a decent man, not a thug,” one old acquaintance says. “He’s very pragmatic, a subtle and smart guy. I don’t think he has personal ambition other than to try to hand on the underpinnings of the regime to a worthy recipient.”

In recent years one of Suleiman’s biggest preoccupations has been dealing with the volatile Palestinian file, mediating between the Western-backed Fatah movement and the Islamists of Hamas — a group with special resonance in Egypt because of its control of the Gaza Strip and its links to the banned Muslim Brotherhood, which he is said to loathe.

He has also been involved in the tangled affairs of Sudan and has mediated between rebels and the government in Yemen… Like other members of the military top brass, he is profoundly hostile to the Muslim Brotherhood, whom he has described as “liars who only understand force”.

But the political manoeuvring to manage the crisis will almost certainly involve dealing with them as the largest opposition group in the country.

“Suleiman never had a role in national politics before,” warns a former colleague. “The question now is how he will manage in this new situation.” — Guardian News & Media 2011

Once upon a time, being a South African in the rest of Africa was a get-out-of-jail-free card. Now we are viewed with anger. And we deserve it
Read more
Africa

Just as tourism was beginning to recover, an attack on a busload of South Africans highlights the dangers of travelling in Egypt
Read more
Africa

With Sisi retaining his grip on the presidency, this election is everything but democratic
Read more
Advertising
Continue to the category
Politics