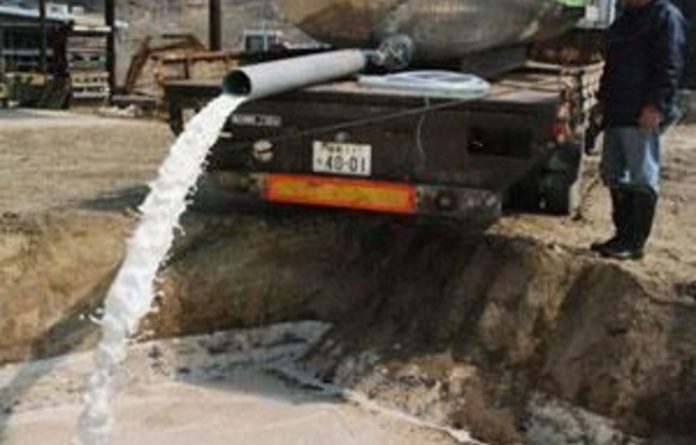 Japan’s prime minister made his first visit to the country’s tsunami-devastated region on Saturday and entered a nuclear exclusion zone to meet workers grappling to end the worst nuclear crisis since Chernobyl.

Prime Minister Naoto Kan spoke with refugees living in a makeshift camp in the fishing village of Rikuzentakata, decimated by the tsunamis which struck on March 11 when Japan was rocked by a massive earthquake, leaving 28 000 dead and missing.

“It will be kind of a long battle, but the government will be working hard together with you until the end. I want everyone to do their best, too,” Kan told one survivor in a school that was now an evacuation shelter.

Despite its tsunami-seawalls, Rikuzentaka was flattened into a wasteland of mud and debris and most of its 23 000 population killed or injured, many swept away by the waves.

“A person that used to have a house near the coast told me ‘Where am I supposed to build a house after this?’, so I encouraged this person and said the government will provide support until the end,” Kan told reporters.

Unpopular and under pressure to quit or call a snap poll before the disaster, Kan has been criticised for his management of Japan’s humanitarian and nuclear crisis and his leadership remains in question.

“There are some evacuation centres that lack electricity and water. There are people who can’t even go look for the dead. I want him to pay attention to them,” said Kazuo Sato, a 45-year-old fisherman.

Kan later entered the 20km evacuation zone on Saturday and visited J-village just inside the zone, a sports facility serving as the headquarters for emergency teams trying to cool the six-reactor Fukushima Daiichi plant.

Economic fall-out
After three weeks, operators of the crippled Fukushima Daiichi nuclear plant are no closer to regaining control of the damaged reactors, as fuel rods remain overheated and high levels of radiation continue to flow into the sea.

Japan is facing a damages bill which may top $300-billion — the world’s biggest from a natural disaster.

The International Monetary Fund (IMF) said on Friday the Japanese economy would take a short-term hit and it could not rule out further intervention for the yen.

The IMF is set to cut its 2011 forecast for Japanese growth when it unveils updated figures on April 11 in its World Economic Outlook, said IMF Japan mission chief Mahmood Pradhan.

Japan’s central bank is expected to revise down its economic assessment when it meets on April 6-7 in the wake of the crisis.

The economic fall-out in the world’s third largest economy has already seen manufacturing slump to a two-year low with power outages and quake damage hitting supply chains and production.

But there has been no agreement on one and the Yomiuri newspaper said opposition parties would likely insist Kan step down first.

The government has already been battling the opposition to get laws in place to make the new budget, from April 1, workable. Kan wants an extra budget soon for post-quake reconstruction which would also need help from opposition parties to function.

Radiation battle continues
Hundreds of thousands of Japanese remain homeless, sheltering in evacuation centres, as the death toll from the disaster continues to rise.

Thousands of Japanese and US soldiers on Saturday conducted a massive search for bodies using dozens of ships and helicopters to sweep across land still underwater along the north-east coast. The teams hope when a large spring tide recedes it will make it easier to spot bodies.

Radiation 4 000 times the legal limit has been detected in seawater near the Daiichi plant and a floating tanker was scheduled to be towed to Fukushima to store contaminated seawater, but until the plant’s internal cooling system is reconnected radiation will continue flowing from the plant.

“We are trying to employ as many measures as possible [to put the plant under control]. We are holding high hopes [for this storage],” said a Tepco official.

In its attempt to bring the plant under control, Tepco is looking for “jumpers” — workers who, for payment of up to $5 000 a shift, will rush into highly radioactive areas to do a quick task before racing out as quickly as possible.

“My company offered me ¥200 000 yen ($2 500) per day,” one subcontractor, unidentified but in his 30s, told Japan’s Weekly Post magazine. “Ordinarily I’d consider that a dream job, but my wife was in tears and stopped me, so I declined.”

Tepco was also spraying resin on to radioactive dust in an attempt to stop it from being carried in the wind.

“We sprayed 2 000 litres over 500 square metres of land. We plan to evaluate the result of the test spraying on April 2nd and 3rd. It takes about 24 hours for this scattering-prevention solution to get dried,” said the official.

It could take years, possibly decades, to make safe the area around the plant, 240km north of Tokyo.

With its president, Masataka Shimizu, in hospital, an enormous compensation bill looming and mounting criticism of both its handling of the crisis and prior safety preparations, Tepco may need state help, according to media reports.

Kan has all but ruled out nationalising Tepco but some sort of injection of public funds looks inevitable.

Standard & Poor’s on Friday cut its long-term rating on Tepco by three notches to “BBB+”, in its second downgrade on the electric utility in as many weeks.

“We expect Tepco’s operating performance to remain weak, and we believe it will take a prolonged period of time for it to recover,” the credit ratings agency said in a statement. – Reuters