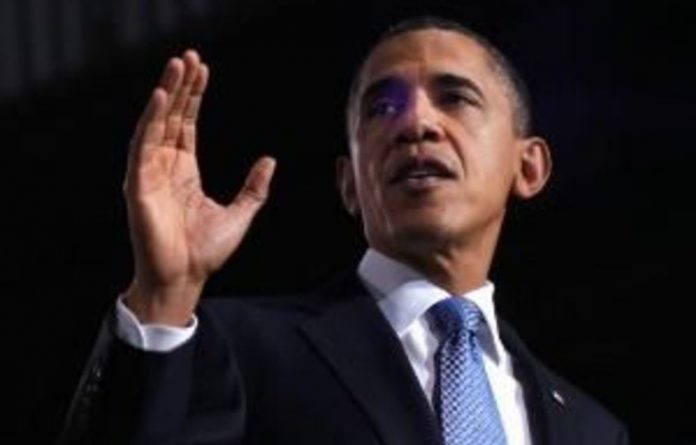 United States President Barack Obama formally announced his 2012 re-election bid on Monday, saying the country needed “to protect the progress” it had made.

“Today, we are filing papers to launch our 2012 campaign,” Obama said.

He explained that as his administration and supporters across the country “fight to protect the progress we’ve made — and make more — we also need to begin mobilising for 2012, long before the time comes for me to begin campaigning in earnest”.

Obama said that in his supporters will soon begin forging a new organisation in cities and towns across the country.

“And I’ll need you to help shape our plan as we create a campaign that’s farther reaching, more focused and more innovative than anything we’ve built before,” he said.

Fired up
The announcement was preceded by a video featuring a group of presidential supporters who talked about the importance of continuing the job the president started after his election in 2008.

“This will be my final campaign, at least as a candidate,” Obama said.

“But the cause of making a lasting difference for our families, our communities and our country has never been about one person. And it will succeed only if we work together.”

The formal declaration of his candidacy will allow Obama to begin piling up cash for what may be a billion-dollar election. Trusted aides have already decamped to Chicago to fire up his campaign machinery.

Despite the constant drumbeat of crisis surrounding his White House, Obama (49) appears in surprisingly good shape 19 months from polling day, partly due to a Republican field that seems to lack an heir apparent.

New tune
But it is already clear that Obama, credited with running — in 2008 — the most electric grass-roots campaign in memory, must find a new message to again woo supporters who once swooned to his “Yes We Can” oratory.

The 2008 campaign, from Obama’s primary duel with glass ceiling breaker Hillary Clinton to his inauguration as America’s first black president, was steeped in history — a flavour that will be missing in 2012.

Though many of America’s problems predated his presidency, Obama is now the face of his nation’s slow economic rebound and diminished clout abroad.

But there was a ray of hope for the president last week — a dip in the unemployment rate to 8,8% suggested the economy — which is almost always crucial in US elections — is speeding up.

But many Americans have yet to feel tangible economic relief.

Reforms
Obama will also brandish a record as a genuine reformer, after passing a historic healthcare law and a Bill curtailing Wall Street excess, allowing him to argue he delivered the change he promised.

He will say he has restored the US image abroad and charted a path through a testing world.

But the healthcare law remains divisive, and Obama has fallen short of other lofty goals, including his bid to close the prison for terror suspects at Guantanamo Bay.

At a recent Democratic Party event in New York, Obama ticked off a list of accomplishments.

“We’ve gotten a lot of stuff done. But right now what’s on my mind is what hasn’t gotten done yet,” he said.

Rekindling optimism
But Obama also seemed to recognise he must conjure up a spirit of optimism after two grim years as he again courts young and independent voters.

“The one thing that I want everybody here to understand is that I am as hopeful, if not more hopeful, now than I was when I was running.” Obama said.

Compared with a generic Republican and in individual matchups, Obama runs strongly in many polls of possible opponents.

Foreign battleground
Yet while an accelerating economy could underwrite a solid race in 2012, any slowing of momentum could spell trouble for Obama.

Republicans are already slamming Obama’s response to crises in Libya and the wider Middle East, which they say show him as a weak leader with a fuzzy foreign policy — a critique playing into their narrative of American decline.

An uptick in American bloodshed in the decade-long war in Afghanistan could also shake up the political scene.

But the president is on course to declare in December that his core 2008 promise — to end the Iraq war — has been honoured with all US troops due home.

Democrats take solace in the fact that there are also questions about Obama’s eventual opponent, in a Republican Party dragged right of the crucial political centre ground by the ultra-conservative Tea Party movement.

Yet the Alaska governor’s popularity seems sullied these days and a new female star is emerging: Representative Michele Bachmann, who may have the evangelical bona fides to shine in the first-in-the-nation nominating contest in Iowa early next year.