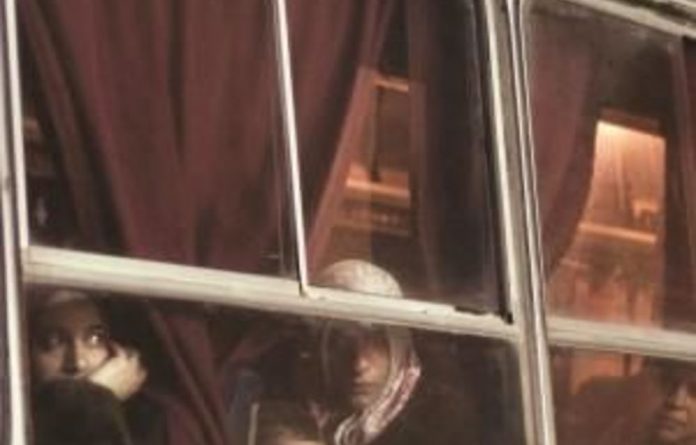 Forces loyal to Muammar Gaddafi could retake Misrata within days unless Nato steps up its military intervention to assist the besieged rebels, according to an opposition spokesperson inside the shell-battered city.

“It will be over in a few days, honest to God,” said Mohamed, who asked for his full name to be withheld. The rebel fighters and civilians of the city are like “rats in a cage”, he said.

“Nato’s mandate was to protect civilians but every day scores of people are dying. The suffering goes on and on,” he said.

Mohamed, speaking on Skype, claimed there had been no Nato air strikes on government positions, which surround the city on three sides, for three days. “We’re being hit by mortars, Grads, Katyushas, you name it – and there’s no action.”

Anas Rifta, a doctor in Misrata, said there were acute shortages of baby formula, nappies and renal, cardiovascular, cancer and antipsychotic drugs. “If this situation sustains we will face a crisis. Even when we receive [fresh supplies] they’re quickly depleted.”

There are still supplies of anaesthetics but they are finite, he said, and the city’s clinics are overwhelmed with injured patients. “We make beds in the corridors and offices.”

Resource Shortages
Electricity, water and basic foodstuffs are in short supply, according to residents. “Bread queues are very long,” said Donatella Rovera, a researcher for Amnesty International in the city. There are also queues for fuel, not because of shortages but because “there are so few petrol stations open in safe areas”, she said.

Although supplies arrive by boat, the quantities are inadequate to meet the needs, she said.

There has been heavy shelling in the west of the city for the past three days. “A lot of families have left. They are crowding in with other families. Some people have moved several times in three weeks.”

More than 1 000 people have died since the siege began, according to Mohamed. The official hospital death toll was 304 until Monday night, he said, “but a much greater number are pronounced dead at the scene and buried immediately”.

There are further numbers missing, presumed dead. “Gaddafi’s forces kidnap the bodies and present them as people killed by Nato.”

There was renewed shelling of the city on Tuesday — “the industrial area, the port area, the whole city” — and significant battles on Heavy Transport Road leading to the port, said Mohamed.

Civilians Protest
Although Misrata has been under siege for seven weeks it has been the focus of international attention for only about a fortnight. The battle for the city has become emblematic of the civil war in Libya and a symbol of Nato’s failure so far to protect civilians caught up in it.

In recent days there have been chaotic and desperate scenes at the port — the only means of access to and from the city — as ships bringing aid and attempting to evacuate injured civilians and refugees struggle to dock under fire.

“I was there [on Monday night]. The captain said he had only one hour to offload the aid and load refugees. It was chaotic. The shelling puts great strain on those in the port.”

The International Organisation for Migration said almost 1 000 people trapped in Misrata have been evacuated by boat and are due to reach Benghazi later this week. At least 4 000 migrant workers are waiting to be evacuated.

Some of those who have managed to flee described terror and wretched conditions in the city.

“In Misrata people are just waiting for their time to die. You hear the bombs and you think ‘It’s me next’,” said Wajdi Salah (26), who arrived in Benghazi on a tugboat last week.

Most civilians are now crowded into three areas of the city, all near the sea, with up to a dozen families crammed into a single house.

United Nations Intervenes
Some captured civilians have been used as human shields by Gaddafi’s forces, said Abubakar Faraj from a hospital bed in Benghazi. The shelling is indiscriminate. “At night government forces wear thermal goggles and shoot everything that moves, even dogs and cats.”

Attempts by humanitarian organisations to reach the besieged population are mounting. The United Nations has signed an agreement with the Libyan government that local authorities say includes access to Misrata, although the UN has not confirmed this.

The International Committee of the Red Cross has also been permitted to visit Misrata for an assessment but has made no public statement on its findings. —