SADC in a bind over Madagascar road map 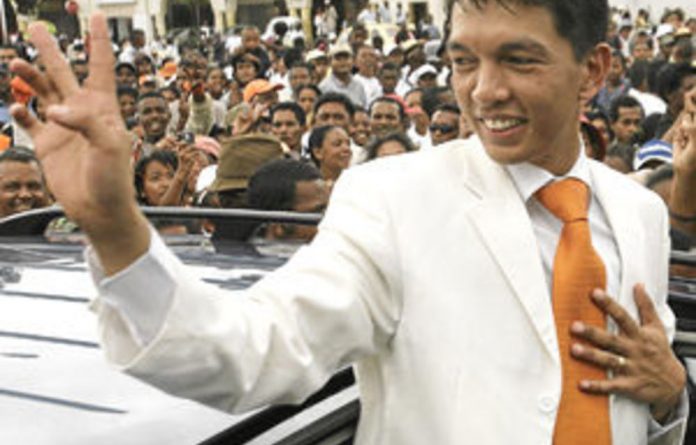 A spokesperson for the Southern African Development Community (SADC) secretariat said on Wednesday that its anxiously anticipated extraordinary summit — at which SADC’s controversial road map to free and fair elections in Madagascar would be reviewed — would take place on Friday.

President Jacob Zuma has pulled out at the last minute, however, citing domestic commitments, and this has caused many to doubt whether an issue as important as the Madagascar crisis can be meaningfully discussed.

Zuma’s absence means the summit will not deliberate on the Zimbabwe situation either, as he is the SADC-appointed facilitator in this matter. The possibility that the two truly important issues on the SADC agenda might be deferred on account of the South African leader’s domestic concerns will further arm critics like the University of Cape Town’s Dr John Akokpari, who pointed out that, when it comes to SADC: “Nothing happens without South Africa, and so very little gets done by SADC because South Africa shows little appetite for resolving regional problems.”

The uncertainty plays out amid fierce lobbying of SADC leaders to accept the road map, which was drawn up by appointed Mozambican SADC mediators Joaquim Chissano and Leonardo Simao. On Monday Zuma held a meeting with Madagascar’s de facto leader, Andry Rajoelina. At that meeting Rajoelina reportedly insisted that presidential elections in Madagascar must take place this year, in defiance of United Nations and European Union recommendations that it would take up to 11 months to establish a suitable legal framework for elections.

Zuma did not meet ousted president Marc Ravalomanana, which has raised eyebrows, because the most contested clause of the road map is the one that effectively prevents Ravalomanana’s return to Madagascar from exile in South Africa.

“The big trick at the summit,” said a high-ranking SADC leader, who spoke on condition of anonymity, “is going to be to navigate between two hardline attitudes. For the political opposition in Madagascar the return of Ravalamonana is non-negotiable. Rajoelina and his supporters, local and international, will not abide the return of Ravalomonana. At this time nobody can guess at the compromise that will be reached.”

Failure to produce road map
The failure of the SADC mediators to produce a road map acceptable to all political forces in Madagascar, as well as to all SADC leaders, has, according to the SADC source, resulted in a high noon for the regional body.

“The SADC troika diplomatically rejected the road map of its own mediators at a meeting in March this year and remanded (sic) the issues raised to the extraordinary summit,” he said. “In the meantime, Rajoelina’s transitional government is behaving as if the road map has already been accepted and they’re threatening to withdraw from SADC if the current road map is not accepted.”

South African and SADC ambassador to Madagascar Mokgethi Sam Monaisa confirmed that Madagascar’s withdrawal from SADC was a real possibility, but said that according to SADC rules the country “would have to toe the SADC line for a year”.

On the other hand, according to the SADC source, the three major opposition movements in Madagascar that refused to sign the road map are warning there “will never be political stability if the road map is not inclusive to the extent that it permits Ravalomonana to participate in elections”.

“Driving all of this is a very real scramble for influence in Madagascar, with the French community of nations on the one side basically supporting Rajoelina and the road map as it stands, and the United States, Canada, China and regional powerhouse South Africa lobbying for an amended version. The European Union is caught somewhere between.” Many Madagascar-based diplomats told the Mail & Guardian they were unimpressed by SADC’s handling of the crisis so far.

“That it reached a point where they seem to be at odds with their own mediation process suggests a lack of oversight capacity within the SADC, not to mention serious communication problems,” said a diplomat.

SADC’s mediation process has also been criticised by Madagascar’s broadest civil society body, CNOSC, as well as by its highest councils of religious and traditional leaders.

“Chissano’s intermediary, Leonardo Simao, repeatedly said the road map would be a Malagasy solution to the Malagasy crisis, but he began giving more attention to the movement led by Andry Rajoelina, based on what criteria we don’t know, and it is therefore not surprising that the road map is heavily contested,” said civil society leader Lalao Randriamampionona.

Jose Rakotomomavo, a professor at Antananarivo University, said the government was already using the road map as a charter and that in enacting the road map it had undermined “the spirit and content of the document”.

According to advocate Bakoly Razaiarisolo, who has submitted a report to Amnesty International detailing human rights abuses in Madagascar, the apparent local support for the road map is largely the result of gerrymandering.