Mugabe in black and white 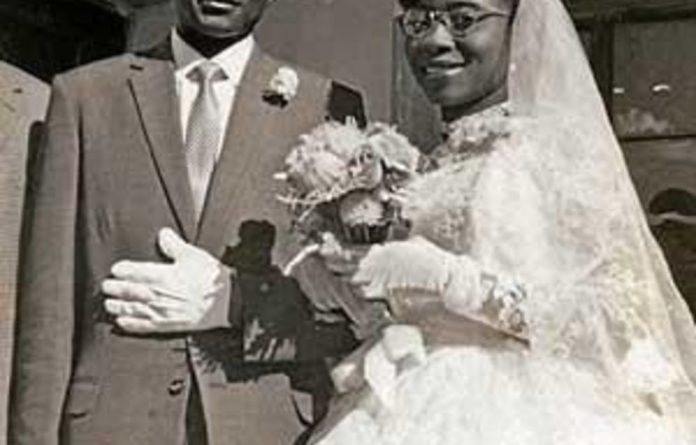 The film Robert Mugabe … What Happened? is premised on the idea that the Zimbabwean president was a political saint who, inexplicably, turned into a sinner. Mugabe, a staunch Catholic, would disagree with such an assumption; years ago in an interview with a ­British journalist he dismissed such a notion, insisting that ‘what I was, I still am”.

A passage in activist Judith Garfield Todd’s memoir, Through the Darkness: A Life in Zimbabwe, seems to confirm this.

She quotes from a rather long statement made by Aaron Mutiti, a war veteran, just before Zimbabwe’s first democratic elections in 1980: ‘What Mugabe himself has done to his ­fellow Zimbabweans in exile ­during the last three years deprives his ­hollow assurances of any credibility. Unless the people of this country are vigilant, they are in for a rude shock. Family life, religious life and ­economic life as we know it will ­progressively disappear if Mugabe gets to power. We must not close our eyes to this threat. He rates his communist ideology higher than people.”

If we are to use these two quotes, the epigrammatic one by Mugabe and the sprawling and incisive one by Mutiti, the question ‘what ­happened?” seems rhetorical and pointless. Mugabe has remained true to himself.

It is a largely underwhelming list featuring the usual people who have opinions about Zimbabwe.

Treasured wisdom
But the unearthing of Vambe and ­Norman, ageing wise men, is something of a coup. Norman, a member of both Ian Smith and Mugabe’s governments, gives the other perspective — the view of the (formerly) propertied white elite. On the other hand Vambe, a peer of Mugabe, talks about him in the way an age mate would. Ncube, with a background in economic history, is ­interesting for his reasoned analysis and his attempts to understand the man he wrote about in his days as a ­journalist.

As most of the people in the ­documentary are sworn enemies of Mugabe, much of the middle-ground analyses come from Ncube, Vambe and, surprisingly, Norman.

It would have been interesting if past and present Mugabe acolytes such as Tafatawona Mahoso, Vimbai Chivaura, Enos Nkala, Jonathan Moyo and others had been given a chance to balance the narrative in the way Heidi Holland tried to do in her biography, Dinner with Mugabe, in which she interviewed both opponents and friends of the man. Other interesting voices would have been former Zambian president Kenneth Kaunda and his Mozambican counterpart, Joachim Chissano. I have seen these men in documentaries and other platforms on which they gave the other side of the story.

The film begins and ends with Mugabe’s ideas about ­democracy. ‘Democracy is a ­difficult proposition because the opposition will want more than they deserve,” he observes. (In 1980s Zimbabwe there was an attempt to establish what was called a one-party democracy.)

African democracy not ideal
I recently read Philip Gourevitch’s masterpiece on Rwanda, We Wish to Inform You that You Will Be Killed Tomorrow, in which he engages Uganda’s Yoweri Museveni. If the Ugandan president had his way, he would practise what he calls a ‘no-party democracy”. It’s not that Museveni is a totalitarian; he believes that ­essentials such as ‘universal suffrage, one person one vote — free press, ­separation of ­powers” should be adopted by all, but that the particular form that democracy takes ‘should be according to situations”.

The problem, I hear you say, is that those who want to impose their own version of democracy are incumbents who stand to benefit from its practise in the particular ways they impose. I am far from convinced that democracy as it is practised in Africa is ideal, but until we get a ‘perfect” system we had better make do with what we have.

The documentary has great ­archival footage of a young Mugabe, looking ­dashing without the spectacles and sounding articulate. This is where the commentary by Tekere and Vambe is crucial. They know or knew Mugabe in ways most of us will never do. Even though Mugabe and Tekere fought until the latter’s death, he is buried in the National Heroes Acre, perhaps the only person who had a serious rivalry with Mugabe to be accorded the privilege.

One of the problems with the documentary is its lack of context. For instance, there’s an episode in which David Coltart (minister of education in the present government of national unity) talks about receiving a telegram from Mugabe in the early 1980s. What it doesn’t say is that he received it when he was a law student at the University of Cape Town.

Then there are strange turns of logic I couldn’t understand. Nyarota, for example, seems to think part of the ‘change” in Mugabe was because of the arrival of the incarcerated Nelson Mandela on the world stage, thus eclipsing the erstwhile icon. He thinks the ‘tragedy” we have witnessed could be ‘a reckless attempt [by Mugabe] to reinvent himself”.

Idealistic days
Such tilts of logic are balanced by intelligent voices such as that of Nyathi, who observes that Zimbabweans in the north (mostly Shonas) and the world at large should have shown interest in the fate of the people of Matabeleland, where thousands were being killed in the Gukurahundi massacres of the 1980s.

These faults aside, Robert Mugabe … What Happened? is worth watching, if only for some of its great footage gleaned from vaults that go all the way back to the idealistic days of early Zimbabwean nationalism.

The Encounters documentary festival runs until June 26 at the Nu Metro on the V&A Waterfront in Cape Town, and in Johannesburg at Nu Metro Hyde Park and at the Bioscope in the Main Street Life centre. The festival features 37 films from 14 countries and five continents, including 11 world premieres. There are 19 recent documentaries from South Africa. For schedules and details of panel discussions visit www.encounters.co.za.