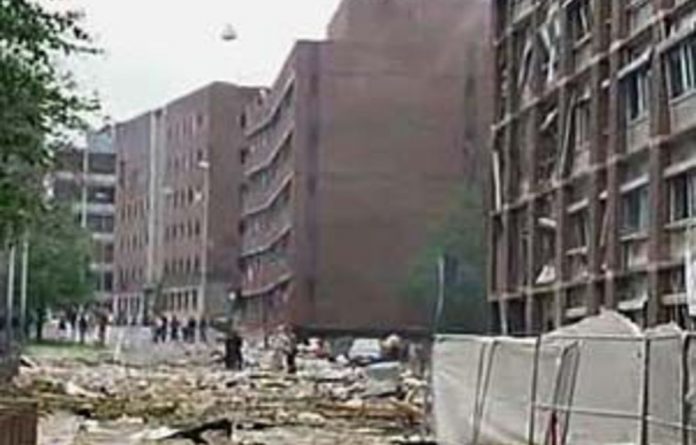 The cause of the blast was unknown but the tangled wreckage of a car was outside one building and the damage appeared consistent to witnesses with that from car bombs. Police and fire officials declined comment on the cause.

The blast blew out most windows on the 17-storey building housing Stoltenberg’s office, as well as nearby ministries including the oil ministry, which was on fire.

Heavy debris littered the streets and a tall plume of brown smoke over the city centre.

A Reuters correspondent counted at least eight injured people. Norwegian news agency NTB said that Stoltenberg was safe in the blast, which happened around 3:30pm.

“It exploded — it must have been a bomb. People ran in panic and ran. I counted at least 10 injured people,” said Kjersti Vedun, who was leaving the area.

Nato member Norway has sometimes in the past been threatened by leaders of al-Qaeda for its involvement in Afghanistan. It has also taken part the Nato bombing of Libya, where Muammar Gaddafi has threatened to strike back in Europe.

However, political violence is virtually unknown in the country.

David Lea, Western Europe analyst, at Control Risks said: “It’s very difficult to tell what has happened. There certainly aren’t any domestic Norwegian terrorist groups although there have been some al-Qaeda-linked arrests from time to time.

“They are in Afghanistan and were involved in Libya, but it’s far too soon to draw any conclusions.” — Reuters