Ministers fight back on nationalisation 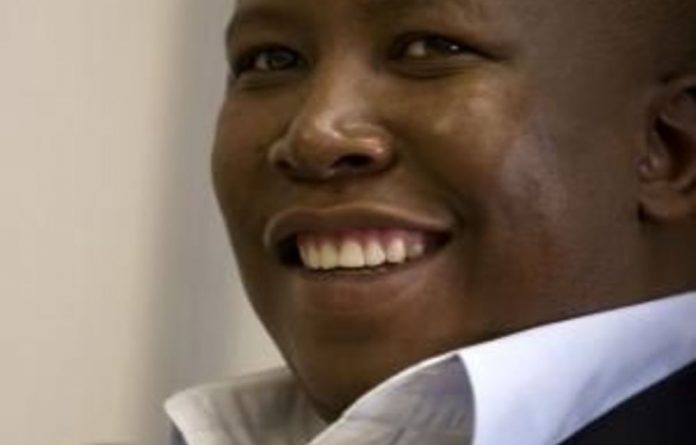 Worries about nationalisation have dogged South Africa ever since the African National Congress (ANC) took power in 1994, when Nelson Mandela led the party to victory in the first all-race elections.

“Everyone has the right to benefit from wealth in South Africa,” Malema said in a speech at the University of Johannesburg on Thursday.

“South Africa is divided as we speak. We’ve got two economies in one country; two nations in one country. And it is nationalisation that will unite us.”

Not the way it works
Malema is campaigning for a constitutional amendment to allow the government to seize mines, banks and farms without compensation to owners, who he says never paid Africans for the original purchase of the properties.

The league leader has beaten the nationalisation drum for two years, forcing the ANC to launch a formal study into the issue that should be released in a few months, ahead of the party congress in December 2012.

President Jacob Zuma has remained conspicuously silent during most of the debate about the mines, which employ one million people and account for almost 20% of the economy.

Other top officials are now weighing in, even though current policy has no chance of changing until the ANC review is released and debated by the party.

“We don’t develop a policy on our feet, and we don’t just wake up and adopt policies because a group is vocal on the nationalisation of mines. It does not work that way,” ANC secretary general Gwede Mantashe told the youth league’s congress in June.

‘Evil triplets’
Mantashe and Malema regularly spar over policy and the direction of the party, with Malema making little secret of his desire to see Mantashe replaced.

But other ministers have now begun speaking out.

“We who run the country know the harm this reckless debate is doing to the good image and investments of the country,” said public works minister Malusi Gigaba, a former youth league leader.

Mines minister Susan Shabangu said on Tuesday that nationalisation would not rid South Africa of its “evil triplets” — poverty, unemployment and inequality.

“The correct question should not be whether or not we nationalise. The question, in my view, should be: How do we make use of our vast mineral wealth to eliminate the evil triplets?” she said.

The South African Institute for Race Relations predicts that half of black South Africans aged 15 to 34 will never work in the formal economy because they aren’t literate enough and because economic growth is too slow to generate enough jobs.

These are the people that Malema’s proposals speak to but business leaders warn that nationalisation won’t address their concerns.

“Nationalisation is not going to solve the problem but will end up killing the patient,” said Roger Baxter, an economist at the Chamber of Mines.

“In fact it will actually set South Africa back hugely in its efforts to try and solve the problem.” — AFP