Towards schooling that transforms 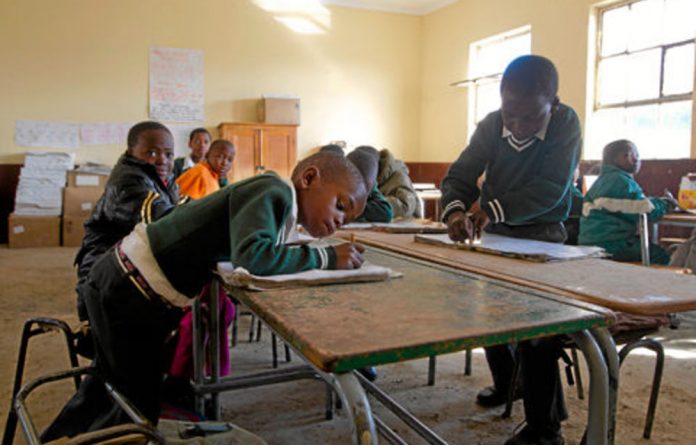 For the past 30 years I have taught at some of the top universities in the United States — Berkeley, Harvard and New York University. At none of these universities have I seen a willingness to engage the schools that send them the learners they will eventually educate.

This is a common American problem and, for that reason, the country finds itself with outstanding universities and second-rate public schools. Moreover, for the children of the poor, public schools are not even ­second-rate most of the time.

To illustrate the irony of this situation let me describe Cambridge, Massachusetts, home to two of the leading universities in the country — Harvard University and Massachusetts Institute of Technology. These universities are so large that most of the real estate in the city is under their control, because Cambridge itself is not very large. One would think that the children of Cambridge must be fortunate to have two intellectual powerhouses in their neighbourhoods. In fact, it might seem as though you should get smarter just by living in Cambridge because of the knowledge in the atmosphere.

But alas, the opposite is true. Cambridge schools are, for the most part, poor to mediocre. Why? Because the universities largely have nothing to do with them other then to send graduate students there occasionally to collect data for their theses. It is a similar pattern throughout the US. Columbia University is in Harlem, but Harlem gets no benefit. Yale is in New Haven but, rather than engage the community, the ­university erects walls.

How fitting for a university named in honour of the great Nelson Mandela to play a leading role in using its intellectual resources to benefit those who have suffered the most. For that is how I see the new Centre for the Community School launched last week by the Nelson Mandela Metropolitan University.

“Awestruck by the challenges”
I have only been in South Africa for a few days and, though I have followed this country for many years, studied its history and politics, and was an active participant in the struggle against apartheid, I find myself awestruck by the challenges facing this nation that I have come to see first-hand during my short visit.

We are all keenly aware that the vast majority of people in this country still do not have access to the wealth and opportunities that this great nation offers. For them, life has not changed much in a material sense and it is a daunting problem. But until these very people have a chance to participate and share fully in the bounty of this nation there will be no social peace.

This centre represents the beginning of a potential solution to this immense and seemingly intractable problem. That is because education is implicated in all of the major problems facing this country and it is also a key ingredient to the solutions. This centre has the potential to create a new approach to education, one that can be truly transformative and can reinvigorate a sense of hope and possibility in the country.

If you are concerned about crime and worried about the violence threatening people throughout the nation then you must know that education is critical because educated people are less likely to commit violent crimes (they might still commit white-collar crimes, but that’s another story). They are also less likely to steal and engage in desperate acts because education creates options and opportunities for people; it generates hope and counters despair.

If you’re worried about unemployment and the large number of people who remain idle throughout the country then you must know that education is essential because without it a person is unable to develop his or her skills and is unable to seek and obtain meaningful employment. With education they are more able to participate in our increasingly technological economy and better able to contribute to the wellbeing of their children, their families and themselves.

So education is essential — but not education as we know it. Not an education that is focused on preparing learners to pass tests and certainly not the education being provided now in many township schools that leaves their learners barely literate and largely unprepared for a university-level education or a meaningful job at a decent wage.

The education we now offer to many of our learners is not providing an escape from poverty. It is, in too many cases, reproducing poverty and helplessness. Even for those who are fortunate enough to go to the nation’s best schools, it is questionable whether our students are being equipped with an education that will enable them to think critically and creatively and will provide them with social awareness about the lives of those less fortunate than themselves so that they can play an active role in building a new South Africa.

My friend and colleague, Dr Allistair Witten, is the director of the new centre and he has not waited until this launch to start its work. He has created the Manyano Community Schools network and all 12 schools in it have committed to working together and learning from one another as they do this work.

So yes, this is an ambitious project, but it is not an impossible one. It has already begun and I believe that if we can marshal the university’s resources — not just in the school of education, but in public health, architecture, science and literature — and use the centre to bring these to bear on the schools in the Manyano network, and eventually beyond, we can all begin to materialise the hope that this country so desperately needs.

Dr Pedro Noguera is professor of education at New York University. This is an edited version of his keynote speech at the launch of the Centre for the Community School at Nelson Mandela Metropolitan University last Friday.