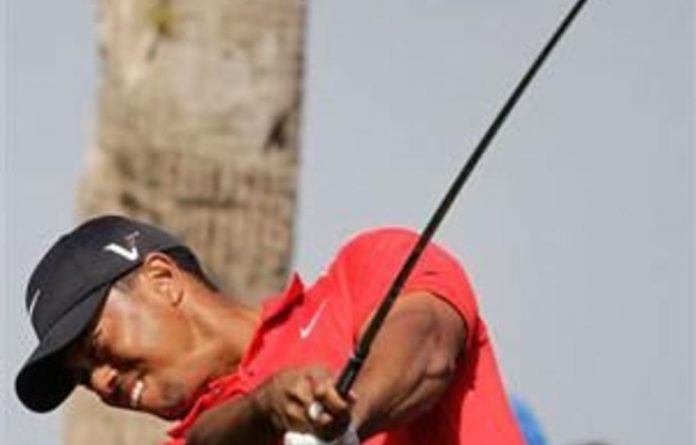 Tiger Woods, in the same group as former caddie Steve Williams for the first time since their acrimonious split, needs a huge back-nine comeback at Royal Melbourne if he and partner Steve Stricker hope to win their foursomes match at the Presidents Cup.

Adam Scott, with Williams on his bag, and partner KJ Choi had a 5-up lead for the Internationals after nine holes on Thursday in the alternate-shot format. The Internationals and Americans were evenly split otherwise, leading in three matches each.

Two weeks ago, Williams made a racial slur against Woods at a caddies party in Shanghai. Williams apologised, but their on-course meeting has been one of the most anticipated pairings on the first day of the Presidents Cup.

Woods and Stricker won all four of their foursome or fourball matches at Harding Park in San Francisco two years ago, while Woods was 5-0 overall after winning in singles. Neither player had made a birdie on the front nine on Thursday, and Choi missed a five-foot birdie putt on the eighth hole or the damage could have been worse.

Woods and Williams shook hands firmly on the first tee after Woods made a point of walking over to Williams and thrusting out his hand.

The biggest swing came in the match involving Americans Bubba Watson and Webb Simpson, who were 2 down after three but won three holes in a row to take a 3-up lead over Ernie Els and Ryo Ishikawa after 14 holes.

Watson and Simpson, Presidents Cup rookies, looked set to give the Americans the first point of the competition.

Jason Day sank a 12-foot birdie putt on the opening hole to help give him and fellow Australian Aaron Baddeley a 3-up lead over Americans Dustin Johnson and Matt Kuchar after 11 holes. Another Australian, Geoff Ogilvy, made a 30-foot birdie putt as he and partner Charl Schwartzel led 1-up over Bill Haas and Nick Watney of the United States after 13.

For the Americans, Hunter Mahan made a short birdie putt on the first to help give him and David Toms a 3-up lead over KT Kim and YE Yang after nine. Phil Mickelson and Jim Furyk led Retief Goosen and Robert Allenby 2-up after 10.

The Americans are looking to win the Presidents Cup for the fourth straight time. Royal Melbourne was the site of the International team’s only win in 1998.

Officials said on Thursday that Friday’s fourball competition would be moved up by two hours to midmorning tee times due to the threat of inclement weather in the afternoon. Five foursomes and five fourball matches are scheduled for Saturday, with 12 singles matches on Sunday.

There are 34 points available in the competition, with the winning team needing 17 1/2 points to clinch the trophy. — Sapa-AP