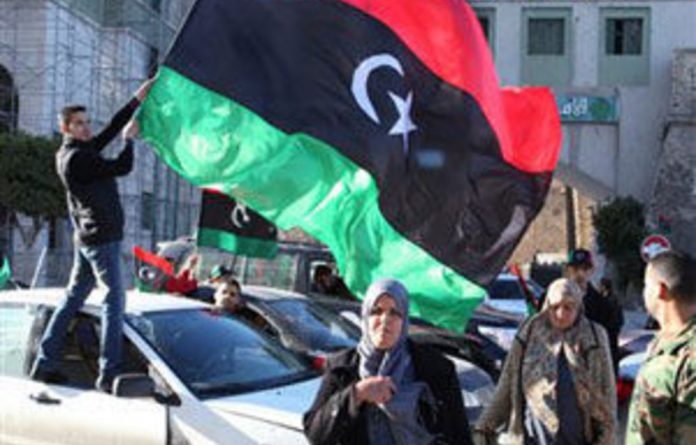 One militia controls the airport. Others carve up neighbourhoods of the Libyan capital into fiefdoms. They clash in the streets, terrifying residents. They hold detainees in makeshift prisons where torture is said to be rampant.

As Libya on Friday marks the one-year anniversary of the start of the uprising against Muammar Gaddafi, hundreds of armed militias are the real power on the ground in the country, and the government that took the longtime strongman’s place is largely impotent, unable to rein in fighters, rebuild decimated institutions or stop widespread corruption.

The revolutionary militias contend they are Libya’s heroes — the ones who drove Gaddafi from power and who now keep security in the streets at a time when the police and military are all but nonexistent. They insist they won’t give up their weapons to a government that is too weak, too corrupt and, they fear, too willing to let elements of the old dictatorship back into positions of power.

“I am fed up,” said the commander of a militia of fighters from the western mountain town of Zintan who control Tripoli’s airport. Al-Mukhtar al-Akhdar says Libya’s politicians unfairly blame the militias for the country’s chaos while doing nothing to bring real change.

They believe “revolutionaries have no place in Libya now”, said al-Akhdar, who was once a tour company owner in Zintan until he took up arms against Gaddafi and now sports a military uniform. “We paid a very heavy price in the revolution, not for the sake of a seat or authority, but for the sake of freedoms and rights.”

As a result, Libya has been flipped upside down, from a country where all power was in the hands of one man, Gaddafi, to one where it has been broken up into hundreds of different hands, each taking its own decisions. The National Transitional Council (NTC), which officially rules the country, is struggling to incorporate the militias into the military and police, while trying to get the economy back on its feet and reshape government ministries, courts and other institutions hollowed out under Gaddafi.

‘Transit only’ money
In one sign of the lack of control, Finance Minister Hassan Zaklam admitted that millions of dollars from Gaddafi family assets returned to Libya by European countries — a potentially key source of revenue — have flowed right back out of Libya, stolen by corrupt officials and smuggled out in suitcases through the ports.

“The money comes for transit only,” Zaklam said in a February 6 interview on Libya state TV. He threatened to resign if the government didn’t impose control over ports or stop unfreezing the assets. “I can’t be a clown,” he said.

Government spokesperson Ashur Shamis blamed revolutionaries in charge of ports and middle- and lower-ranking bureaucrats from the old regime who still retain their posts, known among Libyans as the “Green Snakes,” after the signature colour of Gaddafi’s rule.

At the airport, al-Akhdar blamed customs employees and said his fighters are keeping a closer eye on them — but he insisted stopping smuggling was the police and military’s responsibility.

The militias, meanwhile, are accused of acting like vigilantes and armed gangs, fighting over turf and taking the law into their own hands. Many run private prisons, detaining criminals, suspected former regime members or simply people who run afoul of the fighters.

In a report on Wednesday, London-based Amnesty International said it found prisoners had been tortured or abused in all but one of 11 militia-run facilities it visited. Detainees told the group they had been beaten for hours with whips, cables and plastic hoses and given electrical shocks.

At least 12 detainees have died since September after torture, it said.

Taking up arms
Soon after anti-regime protests first erupted nationwide on February 17 2011, Libya’s second largest city Benghazi and the rest of the eastern half of the country threw off rule from Tripoli. As Gaddafi clamped down in the west, Libyan citizens formed local militias based around a city, town or even neighbourhood, taking up arms to fight alongside breakaway army units.

Backed by Nato airstrikes, the militias swept into Tripoli in August, driving out Gaddafi. The militias then were at the forefront of battles for the last regime strongholds, ending with Gaddafi’s capture and killing in October at the hands of a militia from Misrata, a city east of Tripoli that endured one of the bloodiest sieges of the civil war.

Since then, militias have carved up neighbourhoods in Tripoli and other cities, establishing their hold with checkpoints at the entrances. There are efforts between them to cooperate: If a brigade chases a suspect into another district, it must seek clearance from the local militia, said Jalal al-Gelani, the deputy police chief of the Tripoli neighbourhood of Souq al-Jomaa.

But borders often overlap. Disputes break out over personnel or relatives from one militia detained by another. Then the weapons come out and shooting begins. There are usually no casualties, but the battles terrify residents. In January, a gunbattle between Misrata and Zintan revolutionaries erupted in a turf fight over a sports complex. The two sides fired rifles and heavy machine guns, shattering the complex’s windows and damaging cars.

The police have been eclipsed. When Tripoli fell, most police fled and shed their uniforms, fearful of revenge attacks. The police chief in Souq al-Jomaa never came back. Now there are about 200 police in the Souq al-Jomaa station, about a tenth of the number of militiamen, said one officer, Mustafa al-Darnawi.

“Without revolutionaries, the police are zeros,” said a Souq al-Jomaa resident, 24-year-old Ahmed Hajaji, standing next to the local police station, where a large sign over the entrance reads, “No to revenge, yes to forgiveness.”

Political force
Last week, top militia commanders from the western half of the country gathered in Tripoli to form a united front to coordinate their activities and avoid fights. The front mirrors a separate bloc created in the east.

The fronts also present a political force to pressure the National Transitional Council and the Cabinet it created, headed by Prime Minister Abdel Rahim al-Keib, signaling they will not lay down their arms.

NTC efforts to integrate the revolutionaries have already brought opposition.

A newly formed defence ministry warriors committee has so far registered 200 000 revolutionaries, who are given the option to join the army, police, intelligence or get help returning to society, such as a loan to start up a business or even travel abroad for studies.

But the committee has also registered members of Gaddafi’s forces alongside the revolutionaries as part of an attempt at reconciliation, angering many in the militias.

“This is out of the question,” said Farag al-Swehli, the commander of a Misrata militia operating in Tripoli. “You can’t bring two people who fought against each other to sit next to each other … There is only one way: revolutionaries are the army.”

At the same time, the militias appear to be pressing for a political say as well, demanding figures they feel come from the ranks of the revolution be given government posts.

And they are confident the NTC and government have to listen to them.

“We can withdraw our troops in one second … but who is going to protect Libya,” said al-Akhdar in a defiant tone. “If they have a national army or police, let them show us. We haven’t seen any so far.” — Sapa-AP

How China could solve its Hong Kong problem