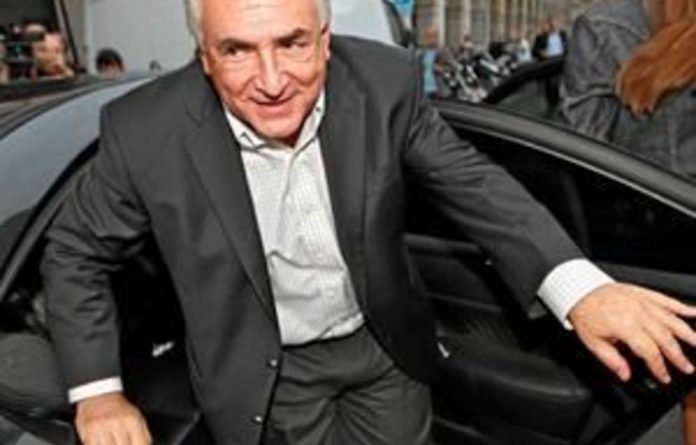 Dominique Strauss-Kahn has to be one of the most despicable public personalities on the world stage.

According to transcripts from his latest legal battle before a French judge in the town of Lille, he is alleged to have described women who were part of an alleged sex ring as “equipment” or “luggage”. Nice.

He admits that perhaps the language is not sophisticated. Non, monsieur, it is not. It is base, backward and misogynist in the extreme.

That, however, is not the point I want to raise. What is worth probing is whether Strauss-Kahn’s colourful and promiscuous lifestyle choices would have ever seen the light of day had he not shown aspirations for the top job in France.

At this time last year, Strauss-Kahn gave the first indication that he wanted to run for the French presidency. As an economist, lawyer, politician and the country’s former finance minister, he was regarded as the Socialist Party’s favourite candidate to challenge incumbent Nicolas Sarkozy in elections due this year.

With his wife Anne Sinclair, a one-time star in political TV journalism and millionaire heiress by his side, he seemed invincible, destined for the top political job in the country.

A year later, though, Strauss-Kahn has lost his plum job at the International Monetary Fund and faces legal battles on both sides of the Atlantic as seedy details emerge from both cases. Politically, he is finished.

Such is the blood sport of political leadership succession. There is as yet no evidence that Strauss-Kahn was the victim of political conspiracy, but as we know here at home, such plotters do not publish signed affidavits declaring their intention to oust and discredit you by any means necessary.

In South Africa we are no different. Pretenders to the throne throw about as much mud as possible at political opponents in the hope that something, anything, will stick and tarnish their names for good.

With a few months to go before the ruling party’s elective congress in December, we are on tenterhooks waiting for any number of skeletons to rattle and leap out of closets and on to the front pages of newspapers.

Selective leaks and stories will also be the order of the day.

Just recently, ANC treasurer general Mathews Phosa was waxing lyrical about a great number of topics in an interview with one of the Sunday papers. It all seemed bizarre and curiously timed.

The political machinations are entertaining and fascinating to watch, providing material for reams of column space, but what tends to be forgotten — and this is the real tragedy — is who runs the country while the various factions lobby for their candidates?

Because the public service is the biggest employer in the country, the proxy political battles will also be playing themselves out among the minor functionaries of the state in various departments.

The majority in the country is still aligned to the ANC and, as the ruling party, it is the party with the ability and capacity to dole out jobs and opportunities in government.

It is clear that, in such a highly politicised environment fuelled by patronage, people will not be concerned with delivering on their core mandate. Rather, these next few months will be about shoring up allegiances.

Our country, of course, can scant afford that, what with the massive build programme and job creation projects announced recently.

Judging by what was said by Malusi Gigaba, the public enterprises minister, and Ebrahim Patel, the economic development minister, these projects will need all hands on deck — and not in the cookie jar.

Beyond the headlines this week about who has stabbed who in the back and who is then twisting the knife and to what end, what will need careful monitoring and examination is whether any delivery is actually happening on the massive projects announced.

For one thing, Aaron Motsoaledi, the health minister, has announced a massive pilot project for the National Health Insurance scheme and the 20 sites set to benefit from improvement in skills and infrastructure.

An effort such as this is important and it must be made to work if the majority of people’s lives are to improve.

This work must not be stalled or held to ransom because people are trying to protect their own positions or are jostling to get ahead.