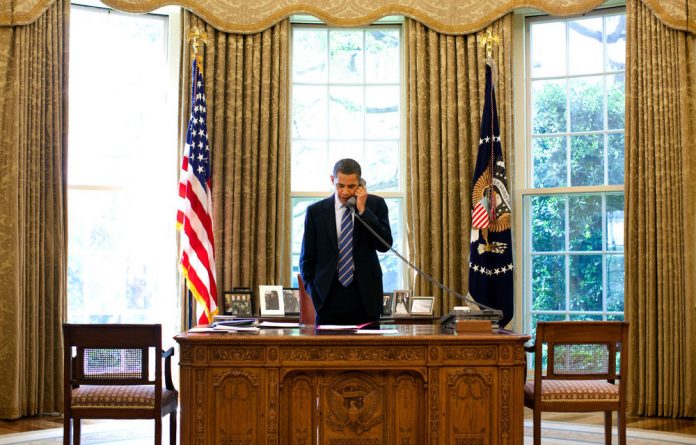 On Wednesday afternoon Barack Obama said in an interview on the television network ABC that he believed same-sex marriages should be legal.

His position had “evolved”, he said, from his long-standing support for more limited civil unions.

The announcement was a major intervention in the culture wars that are such a defining feature of the American political landscape, and it was very big news. No previous American president has come close to articulating such a clear position.

South Africans could perhaps be forgiven a shrug of the shoulders in response, and some justified pride that the question has long since been settled in our much younger democracy. What we cannot afford is complacency.

We have largely been spared the clash of arms between religious and social conservatives who believe that the country needs legal protection against ways of life and of thought that do not jibe with their own worldview.

Despite the fact that many South Africans have deeply held religious convictions and despite the resilience of traditional beliefs, we seem, as a country, to be quite skilled in keeping them out of the regulatory, legal and political domain. Both the constitutional framework and a more inchoate national consensus have developed in a way that protects equality and allows for very divergent ways of life. We will tolerate neither an evangelical takeover of public policy nor burqa-banning attempts to purge any trace of difference from our shared spaces. The ANC has also been effective in using its popular mandate to tamp down pressures to reinstate the death penalty and to row back on access to abortions.

Yet the combination of a strong conservative element in society, the perpetual succession wars within the ruling party and continuing confusion over who really governs is reason for concern and heightened vigilance.

Real concern
President Jacob Zuma has in the past made remarks that are directly at odds with the constitutional bar against discrimination on the grounds of sexuality. He is also clearly seeking to build support among traditional leaders as they bid for a far greater say in the lives of South Africans living in rural areas.

So there is cause for real concern when the National House of Traditional Leaders proposes that Parliament amend the Constitution to remove those protections. The president of the Council of Traditional Leaders (a separate body) is ANC MP Phatekile Holomisa, who also chairs the legislature’s constitutional review committee. So it is particularly disturbing that he has defended the submission, suggesting that homosexuality is an aberration that results when traditional practices haven’t been properly followed and that most South Africans did not support constitutional protection for gay rights.

Holomisa was verbally slapped down by the ANC’s chief whip in Parliament, Mathole Motshekga, but continues in his role as chair of this crucial committee.

If the ANC — or at least Zuma — now feels the need to pander to a conservative constituency to shore up his increasingly shaky support within the party and with sections of the electorate, we may well see an erosion of the party’s ability to hold a progressive line on “values”.

It ought not to make news if South Africa’s president says he believes strongly in the current legal framework of protection for gay rights and rejects efforts at “correction” by rape, by traditional healers or by constitutional amendment. That is exactly why he should say so loudly and clearly. We’re proud, and we want to stay that way.