Construction: Firms hit by cartel scam may sue for billions 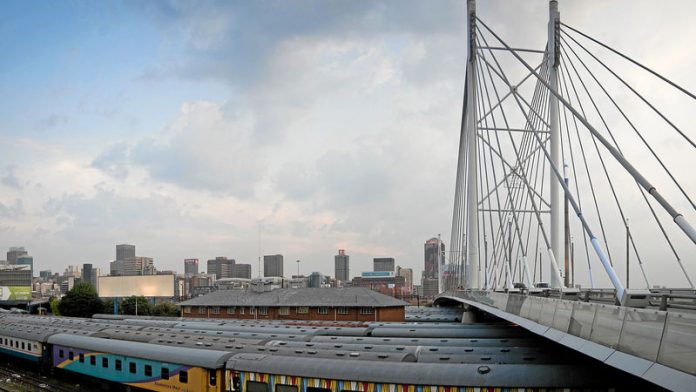 South Africa's construction companies could be facing crippling civil claims from their affected clients who paid too much for their construction projects due to the ­collusion that was allegedly rife in the sector.

This is on top of the fines potentially totallug ­billion of rand they could face from the Competition Commission. Their executives could be also facing potential jail terms after the Hawks launched a parallel criminal investigation.

With more than 68 construction tenders in the spotlight after 11 Stefanutti Stocks directors highlighted them as collusive in their affidavits to the National Prosecuting Authority in 2011, the scope for civil claims is large.

Construction sector analysts and lawyers are predicting potential class action or civil claims against the construction firms by clients who may have been prejudiced by any collusion within the cartel.

Legal actions
This week the Mail & Guardian fielded calls from law firms representing clients whose projects were among the tenders listed and who were looking to get hold of copies of the leaked affidavits.

One lawyer said she represented a number of "affected parties" who were interested in seeing the ­affidavits as a precursor to ­"exploring their legal options".

When the M&G approached a number of the affected parties to see whether they were considering legal action, several asked for copies of the affidavits so that their lawyers could assess their options.

Sun International was the most forthright when asked if it would recoup its money, with a spokesperson saying that, if collusion around the Sun City Vacation Club was proven, it would definitely sue.

According to one of the affidavits, a "loser's fee" was agreed upon between three of the construction companies tendering for this project. "The loser's fee in this instance was an amount in the region of R300 000," said a Stefanutti Stocks employee in his affidavit. This implies that the two unsuccessful tenderers were paid R300 000 each — an expense of R600 000 to Sun International.

Unlike previous cartel prosecutions in South Africa, where general consumers were affected, the alleged collusion in the construction cartel generally involves a project, say the Nelson Mandela Bridge, a client, which would be the City of Jo'burg, and a construction company.

In this instance lawyers argue that it is a lot easier for the affected party to launch a civil claim against the construction company involved. An example would be the R271-million new quay wall built in the Durban harbour in the early 2000s.

"Tender fees"
​According to a ledger that accompanies the affidavits, it appears that Grinaker-LTA paid six other ­construction companies "tender fees" or "loser's fees" because it was successful in getting the tender to build the quay wall.

The affidavits explain how these tender fees worked.

"Essentially, the competitors for a specific tender agree that each tenderer would allow a predetermined amount in his tender to be distributed to all the 'losers' upon award of the tender … the tender fee amounts varied widely between R100 000 and R5-million per tenderer … to my best recollection, invoices were generated for certain of these transactions … I recall that generic references, for example 'plant hire', were used to account for the loser's tender recovery fee," said Schalk Ackerman, a ­former Grinaker-LTA managing director, in his affidavit.

According to the ledger, it appears as though R10-million of the R271-million construction project was paid out to the other construction companies, and the National Ports Authority would have a right to attempt to claw back this amount through a civil claim.

Ackerman said in his affidavit that the clients were not aware that they were in effect paying money to unsuccessful tenderers.

"I acknowledge that the clients were not informed that they were paying for even unsuccessful tenders. To this end I fully accept that there were misrepresentations made to the clients that they had received the best price, whilst, in truth and in fact, the contract award could have been less had it not been for the inclusion of the tender fees. The total amount involved is approximately R34-million, which accrued for the benefit of the unsuccessful tenderers," said Ackerman.

According to his affidavit, the practice of charging "tender fees" came to an abrupt end in 2004 when the contractor on the Coega harbour project reneged on the payment of a large tender fee.

Ackerman said this happened after the managing director of the contractor left abruptly when the ­construction company's board became aware of the tender fees that had been agreed to.

"As the tender fees on this project were significant, the failure to pay had a substantial influence on the possibility of 'squaring the books' on the offset basis," said Ackerman's affidavit.

"Consequently it was, after some heated debate, agreed that each participant would take its own 'losses' and that everybody would renege on any amount still owing at the time."

A Stefanutti Stocks director confirms this version of events in another affidavit.

A cautious approach
​Most companies when contacted by the M&G this week took a cautious approach, insisting that they were watching the investigations closely, but did not want to comment yet. A few, however, were a bit more forthright in their responses.

Anglo American's spokesperson Mpumi Sithole said the company "would not hesitate to take appropriate action that is warranted". Anglo American's Western Limb tailings treatment plant was listed as a project in which collusion took place.

The construction of Unilever South Africa's head office also allegedly fell victim to collusion. "Unilever South Africa conducts its operations with honesty, integrity and transparency, and with respect for the laws of the land," it said in a statement that it sent to the M&G.

"We are following media reports of an industry-wide construction price-fixing scandal emerging in South Africa involving a number of ­construction companies, including those companies involved in Unilever projects.

"We undertake rigorous procurement procedures to ensure that we deliver value for money for all our investments and therefore view these accusations of price-rigging amongst construction companies in a serious light.

"In light of the overall sensitivity of this case we will not provide any ­further comment until official findings have been concluded."