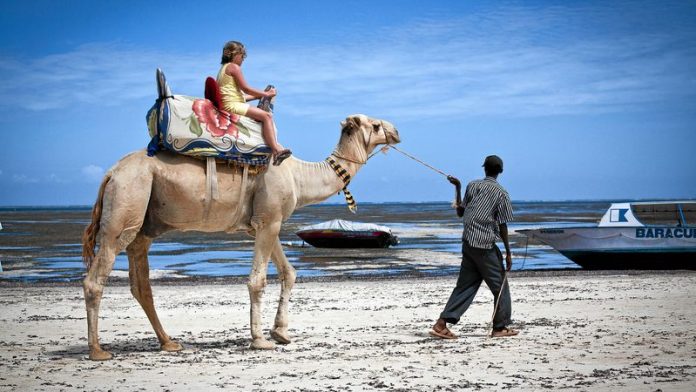 The optimism accompanying Uhuru Kenyatta’s presidency is on every Kenyan’s lips. Young professionals, especially, talk proudly of his election pact with William Ruto to run as joint presidential candidates. The campaign, dubbed Uhuruto, is seen as significant in the light of post-election violence in 2007, which displaced well over half a million people and killed over 1 000.

Ruto and Kenyatta. The two, seen then as stoking opposite sides of the conflict, both face charges at the International Criminal Court (ICC). That Kenyatta was elected president and his running mate vice-president despite a looming date with the ICC and threats of “consequences” by United States assistant secretary of state for African affairs Johnny Carson, some Kenyans say points to the reawakening of a nation that will no longer be dictated to by the West.

But that’s where the Afro-optimism ends and the scrambling for identity begins.

As visits to a variety of animal sanctuaries suggest, the Kenyan Tourism Board (KTB) is still trying to work out how to present a contemporary Kenya to the continent.

During a six-day, tightly managed itinerary in April, spanning Nairobi, Sagana, Nanyuki and Mombasa, one had the sense of being part of a experiment that, though haphazard, nevertheless had its share of memorable moments.

Nairobi, like its African counterparts, offers contemporary revelry to suit all manner of deviant tastes and does not sleep on Friday and Saturday until the last pint of Tusker beer has toppled. From the restored, modest colonial glint of the New Stanley in downtown Nairobi, one can feel its pulse, hear the beckoning of voices, but can’t join in. The hotel’s bar attracts straight-laced elites and the band belts out languid cover versions of Brenda Fassie and Miriam Makeba.

Oddly, too, it’s in Nairobi where one gets a rather intense dose of Kenya’s animal conservation agenda. If you do end up at the New Stanley in Nairobi with restless children, a good starting point is the Giraffe Centre in the city’s Lang’ata suburb. An upper-storey wooden deck offers up-close views and an opportunity to feed them. In a lecture room near one of the decks, a young Kenyan guide will offer an impressive, textbook-style lecture on the three species of giraffe and their respective bone structures.

Close by is an orphaned elephant sanctuary run by the David Sheldrick Wildlife Trust. Here the kids (or adults) can watch baby elephants cooling off in the mud and take in the scenic expanse of the Rift Valley beyond. Children in their school uniforms or Sunday best are a common sight in these parts, their excitement kept in check by austere teachers.

Lesser-known Kenya
For those with a palate for red meat, a visit to the Carnivore, near the Wilson Airport, is almost obligatory. Once the mecca of game meat lovers from Nairobi and beyond, recent hunting bans mean the game options have been pared down. But you can still sample crocodile and a variety of red and white meats served on skewers. With good company, the ambience, especially on the outside terrace overlooking lush lawns, enlarges the appetite.

After getting over the fact that most of the time spent in Nairobi has been consumed by visits to animal orphanages and sanctuaries (ranging from glorified zoos to condensed conservation parks), the prospect of a trip to an outdoor adventure lodge “upcountry” is greeted with optimism in anticipation of seeing a lesser-known side of Kenya.

In Sagana, Savage Wilderness — an adventure resort on the banks of the Tana River (Kenya’s longest) — offers a rare whitewater rafting experience, as well as kayaking, rock-climbing, offshore sailing and mountaineering.

James Savage, one of the guides, says there are only a few weeks in the year when the river is too low to raft. The best time for rafting is between April and May when the water levels and the weather are optimal. July and August are a little cool but there are still good water levels right up until December.

There is a minimalist, off-the-grid charm to Savage Wilderness, where rooms have no windows, only frames, curtains and mosquito nets. A one-night package deal, including the pick-up and drop-off from Nairobi (more than an hour away), rafting, accommodation and meals, costs a mere $150.

A two-day, $170 package can either be two days of rafting down the “narrow, technical” Mathioya River or the option of walking, kayaking or rock-climbing on one of the days.

A three-day option for $380 involves a trip down the Athi River, via the Tsavo National Park, with the option of setting up camp each night before setting sail again. “We’ve actually never done a trip without seeing hippo” is Savage’s response to what game-viewing options the trip offers. He describes the rapids in the water as “good, continuous but not as rough as the Tana River trip”, which has several rough rapids tempered by stretches of calm water.

Savage Wilderness can take up to 200 people and also offers options suitable for backpackers, like $10 bunk beds and $15 for three meals. The backpacking option is something that the team at Savage Wilderness believes is undermarketed by the tourism board.

Almost 200km from Nairobi is the Fairmont Mount Kenya Safari Club, outside the equatorial town of Nanyuki and established as a private hunting resort by the American actor, William Holden. From most of its rooms and flowing lawns, the imposing, snow-capped peak of Mount Kenya is visible.

In terms of opulence, it turns out to be the best that the tourism board has to offer. While the New Stanley trades on its refurbished colonial architecture, the Mount Kenya Safari Club trades on the still bankable celebrity of Holden and his famous friends and its equatorial location.

The Mawingo Room, a private dining room that can be booked for special occasions, and the Equatorial Suite, with a view that takes in a geometrically shaped pool and Mount Kenya, is split between the northern and southern hemispheres.

But if a break from wildlife is in order, Mombasa offers coastal humidity and a cosmopolitan clash of cultures, with its precolonial, Arab-world decay, and a chance to relive how the port was conquered at the Fort Jesus National Monument.

Built by the Portuguese in 1593, Fort Jesus was later captured by the Oman Arabs in 1698, then became a government prison in 1895.

The Tamarind group, a hospitality consortium that owns several institutions like the Carnivore, offers a nightly four-hour cruise around Mombasa Island, which is probably the best way to experience the geographically disorienting harbour town. The Hotel Intercontinental in Mombasa, with a seaside pool and grand foyer, has seen livelier days and offers the same kitsch cover band entertainment as the Stanley.

Although Kenya is proving to be the jewel of Africa in more ways than can be counted, the trick for the tourism board is how to present that, especially to an African audience that is probably used to seeing all manner of game and knows too well the dangers of dwelling too long on the “civilising” colonial conquests. It’s a daunting challenge but no doubt one filled with limitless possibilities.