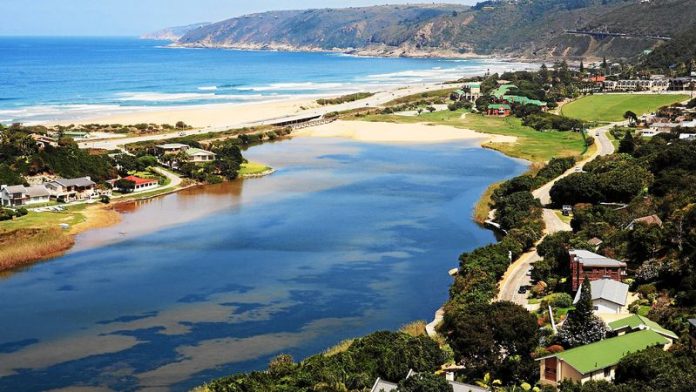 If it’s hobbits you’re hunting, head for Hogsback. But if you want to get away wi’ t’faeries and get in touch with your inner flibbertigibbet, I suggest you travel up the N2 to Wilderness and the lush forests of the Garden Route.

You’re going to meet some gentle people there.

Fey locals — who range from hippies and New Agers to Rastafarians — are adamant that Wilderness and its joined-at-the-hip sibling Sedgefield are bottomless wells of spirituality and good karma, into which you are allowed to dip in order to top up the fuel tanks of the soul.

It’s hardly surprising the two towns and their satellite villages (Hoekwil, Karatara and Barrington) are at the heart of what is collectively known as Eden Municipality.

Like the Biblical garden, it’s a grow-your-own earthly paradise that revolves around an organic lifestyle centre as well as nationally renowned weekly farm produce and deli markets.

Recharging the batteries is as easily done as said.

In the first place, the natural beauty of the area is breathtaking. Both Wilderness and Sedgefield have long, pristine beaches with spectacular fossilised dune formations, but the centrepiece of the area is a series of saltwater vleis that are a listed Ramsar conservation site.

The birdwatching is wonderful: there are several short and day walks — mostly on the upland side of the vleis — along which you will rarely be bothered by other twitterers and twitchers as you get close to herons, kingfishers and sunbirds. There are awesome krantzes in the brown hooded kingfisher walk. And there are a few pairs of resident fish eagles on the Willowpoint end of Swartvlei.

The two coastal havens are linked to the uplands by heavily forested mountain passes. The roads are twisty but good and there are many spots where you can get out of your car and go looking for the little folk among the ferns.

Be sure to take a bottle of wine or two: I’m assured that the Wilderness faeries are partial to a chenin blanc in summer and merlot in the wet season.

The second attraction of the area is that it does not have to be explored in discomfort. There is an African Pride hotel between Wilderness and Sedgefield (as well as the Mantis Collections’ Lake Pleasant facility between the latter and Knysna) but try instead one of the superior B&Bs or guesthouses.

TripAdvisor ranks the four-star Wilderness Manor as the top guesthouse in the town and, having stayed a number of times with Gerald Hoch and “JD” Janse van Rensburg, I agree. Their attention to detail is beyond compare.

There are some lovely restaurants in Wilderness — Pomodoro and Salinas are my favourites — but cheesecake at the Timberlake organic lifestyle centre is a must. While you’re there, visit Fairy Gems; you’ll love the figurines and lights.

Be sure to wear some flowers in your hair.

Perfect weekend getaway: For a romantic long weekend — what the hell, stay the week.

Accessibility: Both Wilderness and Sedgefield straddle the N2 and are a sedate four hours’ drive from Cape Town. Alternatively, to George and hire a car: Wilderness is a mere 10km from George, and it’s a further 21km to Sedgefield.

Cost: Special winter rates at Wilderness Manor start at R400 per person per room, including breakfast.