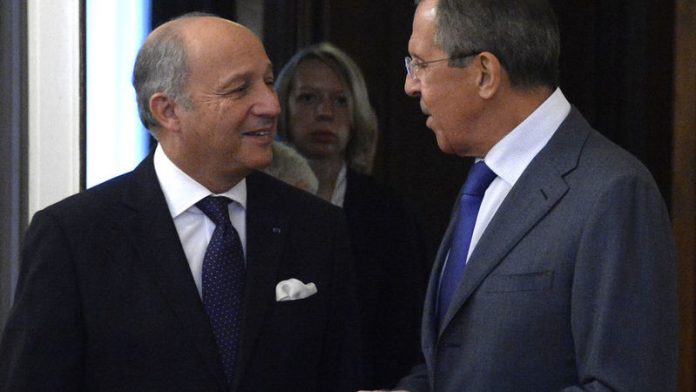 Russia and France disagreed on Tuesday over a report by UN investigators into a chemical weapons attack that killed hundreds of people in Syria, highlighting the problems agreeing on action at the United Nations Security Council.

Sitting beside French Foreign Minister Laurent Fabius at a news conference in Moscow, Russian Foreign Minister Sergei Lavrov said the report had produced no proof that President Bashar al-Assad's troops carried out the August 21 attack and that Russia still suspected rebel forces were behind it.

Fabius took the opposite view, saying the report left no doubt that Assad's forces were to blame for the attack, which Washington says killed more than 1 400 people. The United States has also blamed Syrian government forces.

Lavrov acknowledged that the investigators' report proved that chemical weapons had been used but that "there is no answer to a number of questions we have asked", including whether the weapons were produced in a factory or home-made.

"We have very serious grounds to believe that this was a provocation," Lavrov said after talks in Moscow between two countries with veto powers in the UN Security Council.

He said there had been "many provocations" by the rebels fighting Assad's government and added: "They were all aimed, over the last two years, at provoking foreign intervention."

Lavrov said the UN report should be examined not in isolation but along with evidence from sources such as the internet and other media, including accounts from "nuns at a nearby convent" and a journalist who had spoken to rebels.

Removal and destruction
"We want the events of August 21 to be investigated dispassionately, objectively and professionally," he said.

After Lavrov spoke, Fabius, whose country has stood with US President Barack Obama in backing military action against Syria, challenged Lavrov's interpretation by saying the result of the report was clear.

"When you look at the amount of sarin gas used, the vectors, the techniques behind such an attack, as well as other aspects, it seems to leave no doubt that the regime is behind it," Fabius said.

Lavrov and Fabius agreed there should be a renewed push for a political solution in Syria. The Russian minister also thanked France for supporting a US-Russian deal which calls for Syria to account fully for its chemical weapons within a week and for the removal and destruction of the entire arsenal by mid-2014.

But the differences over culpability for the August 21 attack indicated the hurdles faced in translating the chemical weapons agreement into progress towards ending a civil war that has killed more than 100 000 people since March 2011.

France urges vigilance
Their comments also pointed to likely wrangling in the UN Security Council over the mechanism for enforcing the agreement, which Assad has accepted, and disputes over punishment for any violations.

Fabius, who went to Mocow to discuss a UN resolution that would frame the US-Russian accord, said the agreement was an "important step forward but not the end of the story".

"There is a series of precise mechanisms that have to be placed into a UN decision. We spoke about this and it should be dealt with in the coming days. I insisted, like Sergei Lavrov, on the necessity to go quickly," he said.

But Lavrov cautioned that while the Security Council was to adopt a resolution supporting the chemical weapons deal, a separate resolution would be needed to authorise use of force in response to any new attack and after guilt was proven.

Along with diplomatic ally China, Russia has used its veto power three times to block Western-backed Security Council resolutions meant to push Assad out or muscle him into ending a conflict that began with a crackdown on protests.

Lavrov said putting too much pressure on Assad would encourage his opponents and hurt the chances for peace.

Abandon chemical arms
"The more frequently and loudly the declarations come from different capitals that Assad is a criminal, has no place in this world and his place is in court, the more unwilling to compromise the [opposition] coalition becomes," he said

Fabius suggested it was Assad who should be kept in line and that he must keep his promise to abandon chemical arms.

"We are not bellicose, but we must remain vigilant because it is vigilance and firmness that enabled Syria to change its position and will ensure tomorrow that its commitments are kept," he said. – Reuters

Schooling and Covid: A new UN report tracks adaptations in...

The pandemic precipitated a global experiment in education, which Unesco is keen to document and support
Advertising