Wasp tell Juju to buzz off as talks fail 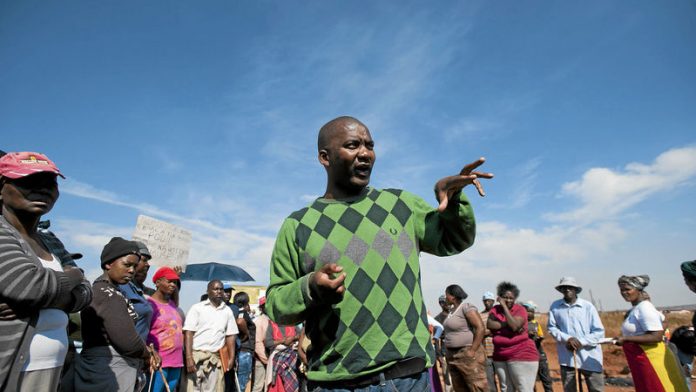 A possible alliance between the Economic Freedom Fighters (EFF) and the Workers and Socialist Party (Wasp) seems to be off the table because the EFF had demanded the socialist party's "effective dissolution".

In an interview with the <em>Mail & Guardian</em>, Wasp spokesperson Mametlwe Sebei confirmed that there had been discussions between the two groups. This was due to "pressure from below on both sides" because they constantly "encountered each other on the ground".

Sebei said the talks were initiated by the EFF and a meeting had taken place in August. But ultimately the discussions had been scuppered by fundamental political and strategic differences. Some EFF members have confirmed the talks.

"Our demand for nationalisation is not an end all by itself," Sebei said.

"It is necessary to expropriate capital's private ownership but for the purpose of bringing society into public ownership. Their [the EFF's] position is nationalisation to bring sectors of the economy into state control, which doesn't resolve the problems of the working class. It only poses the question of who owns the state and who benefits."

Sebei said the parastatal company Eskom was a good example of where state ownership had been used in the service of capital and not for the benefit of the poor, with 65% tariff increases for the ordinary working class and the poor over the multi-year price determination period that covered 2009 to 2011.

"In that period, Eskom subsidised BHP Billiton to the tune of billions. They gave some of the ­lowest tariffs to one of the richest companies in the world."

The EFF is believed to be courting other activist groups in its bid to be the dominant organisation to the left of the ANC.

Andile Mngxitama, the EFF's head of international relations and leader of its election manifesto drafting process, said in an interview: "For us to join we did not expend too much energy on his [Malema's] motives &ndash; why he did what he did. The [thing] was that he was doing something we were doing."

Mngxitama &ndash; a leader of the September National Imbizo, a ­radical leftist think-tank that was successfully courted by the EFF &ndash; said: "For me, the intentions of a revolutionary are not that important. What is important is whether the articulation of a project is consistent with the possibility to bring [about] change.

Mngxitama was, until recently, a harsh critic of Malema, criticising the former youth league leader as a "ruthless politician … who uses words to deceive".

But other groups are wary of the EFF's advances.

One prominent leftist, who did not want to be identified, said: "They [the EFF] seem to be a roller­coaster hegemonising movement that wants to take over everything at the moment, as long as it's not the ANC. Once they get strong enough, they get nasty and push people aside.

"Other parties can see that; they're not stupid. Many parties to the left haven't made up their minds about the EFF. If, as it looks, the EFF grows quickly, they'll join. But if not, they'll manipulate it as a battering ram against the ANC, so they will be able to project themselves as radical but reasonable."

In a statement released earlier this week, Wasp said among its proposals to the EFF was that the parties collaborate in a "Wasp-EFF electoral bloc for the purposes of contesting the 2014 elections", with joint national and provincial candidate lists.

But the EFF, Wasp said, was opposed to coalitions and had proposed that all Wasp members become EFF members.

The EFF's spokesperson, Mbuyiseni Ndlozi, could not be reached for comment.

In a robust meeting of the hybrid sitting of National Assembly, President Cyril Ramaphosa met MPs face to face for the first time since questions over lockdown corruption arose
Read more
Advertising
Continue to the category
Politics