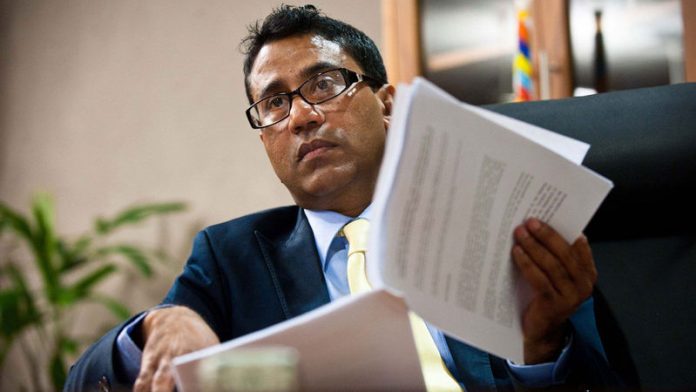 Department spokesperson Panyaza Lesufi said on Tuesday that basic education director general Bobby Soobrayan has been found not guilty of misusing funds and signing an agreement on the department's behalf without having the authority to do so.

"The director general was acquitted and found not guilty on both charges."

The disciplinary hearing was held in December and was chaired by Judge Willem van der Merwe.

Basic Education Minister Angie Motshekga was notified of the judgment on December 18.

Soobrayan was accused of signing a collective agreement on behalf of the department without a proper mandate, and misusing funds from the Education Labour Relations Council during April 2012.

He was described in court by Gerrit Pretorius, the basic education department’s senior counsel in the matter​, as someone who does not peruse documents with far-reaching financial implications for the department before signing them, but "simply rubber-stamps".

It held a nationwide protest demanding the resignations of both Soobrayan and Motshekga.

Later, the protest was suspended when Sadtu reached an agreement with the minister. She promised the complaint against Soobrayan would be treated "as a matter of urgency".

The union's ire was also raised by comments attributed to Soobrayan in the media that older teachers should be given early retirement packages to make way for newly-graduated ones. The Sunday Times reported in June last year that Soobrayan told Parliament about plans to bring in younger teachers to the public education sector. Teachers over 40 years of age would be earmarked for early retirement, the paper reported.​

Lesufi said Soobrayan was on special leave during the disciplinary hearing.

"The process undertaken was a fair and proper process … " he said.

'Happy to be investigated'
In October 2012, Soobrayan blamed budgetary constraints and pupil data problems for the education department's failures in the Limpopo textbook debacle.

He stated that he was happy that the matter has been referred to the Public Service Commission "because, given its credibility, it will give me an opportunity to respond to whatever allegations have been made".

Soobrayan was not found culpable in the breakdown of textbook delivery. – Sapa

During times of crisis, people turn to trusted sources for accurate information. This leaves them vulnerable to cybercriminals
Read more
Advertisting
Continue to the category
National