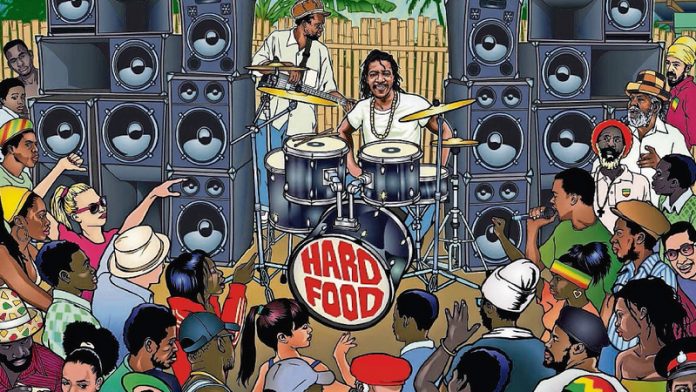 I realised yet again that this was another year when I had too few ears and too little time to cope with my ever-expanding obsession with fine music.

A year-end list is never a final statement, but the following are some of the albums I loved – the pick of the crop at the time of writing, somewhere in the middle of December.

South African jazz remains in safe hands with a fantastic school of young guns building what is great from the local jazz tradition, discarding the cliches, then adding contemporary insights and ideas – all played incredibly well.

A fine example is the Amandla Freedom Ensemble – bandleader Mandla Mlangeni (trumpet), Tumi Mogorosi (drums), Ariel Zamonsky (bass), Oscar Rachabane and Nhlanhla Mahlangu (tenor saxophones) – who are on the more ­conventional side of the spectrum, without blunting the thrills for a fan like me who loves his jazz out there.

9. Julia Holter: Have You in My Wilderness

My head-over-heels music crush of the year – the track Silhouette comes from Have You in My Wilderness, which is the gorgeous Los Angeles-based Julia Holter’s fourth album. The rest of the record is filled with potential avant-pop infatuations.

The Guardian aptly described it as being “a genuinely exceptional and entrancing album, opaque but effective, filled with beautiful, skewed songs, unconventional without ever feeling precious or affected”.

This majestic album is a sad farewell to highly regarded reggae drummer Style Scott, who was the mastermind behind dub stalwarts Dub Syndicate.

In October 2014 he was murdered in his house in Jamaica. He was 58. His record company, Echo Beach, says: “The work on Hard Food, the first album released by his Dub Syndicate since No Bed of Roses in 2004, had just been completed.

“Dub Syndicate’s first studio album for 11 years, an event that was to be a joyous celebration with friends, has now become Style Scott’s legacy.”

Scott recorded more than 20 Dub Syndicate albums between 1982 and the time he died, and Hard Food is one of the finest in a top oeuvre. With Adrian Sherwood as mix-master, the album features fêted contributors such as Lee “Scratch” Perry, U-Roy and Bunny Wailer.

Though dub (with or without, erm … accoutrements) has a simmering-down, reassuring effect, I will always hear this album with a tinge of sadness.

7. Sons of Kemet: Lest We For-get What We Came Here to Do

Bless Facebook (or was it Twitter?) where an early-adopter friend asked whether I’d heard of Sons of Kemet. Now I’m like beard-oil attracted to a hirsute hipster when it comes to anything that sounds like it is new, weird and happenin’.

On their Bandcamp page, Sons of Kemet describe the truly amazing Lest We Forget What We Came Here to Do as the sound of “children of immigrants wandering through a post-colonial babalaas [hangover]”.

This is fierce, Afro-futurist, agile and political jazz, driven by band-leader, composer and sax and clarinet player Shabaka Hutchings, plus two drummers and a tuba player, giving it the feel of a New Orleans marching band led by Sun Ra.

Lest We For-get What We Came Here to Do.

I had two lovely Kieran Hebden aka Four Tet moments this year. First there was chatting to him (with his delightful mother who’s originally from Cape Town’s Indian community) and then seeing him DJ at the Cape Town Electronic Music festival in January.

The second was hearing the London-based producer’s exquisite eighth solo album, Morning/Evening, released in July. Both sides feature 20-minute-long tracks – mesmerising electronic music for the mind and the dance floor.

Okay, make that three Four Tet moments. The third was earlier this month when I tracked down the sample used prominently on the Morning side and heard the achingly beautiful Main Teri Chhoti Bahna Hoon by Bollywood soundtrack singer Lata Mangeshkar from the film Souten. Hebden got it from a collection given to him by his late grandfather when he was a child.

South African multi-instrumentalist, composer and researcher Cara Stacey is a classically trained pianist but also plays Southern African musical bows, such as the umrhubhe, uhadi and makhoyane. On top of her master’s in musicology from Edinburgh University and her master’s in musical performance in Southern African musical traditions from the School of Oriental and African Studies at London University, she is now busy with her doctorate in ethnomusicology at the University of Cape Town.

And then there’s her debut album. She describes it as a “fluid musical project that ­centres around contemporary bow music”. It is composed and improvised music involving the bow instruments and a jazz and electronic ensemble. The result is some of the most beautiful, horizon-expanding music I’ve heard in a long time.

4. Donnie Trumpet and the Social Experiment, Chance the Rapper: Surf

Surf, the free (yes, free) mixtape/collaborative album by Chance the Rapper, Donnie Trumpet and the Social Experiment, had me hook, line, sinker and tanning lotion even before the 60-second mark.

With guest appearances by rappers such as Erykah Badu, Big Sean, Busta Rhymes, J Cole and Janelle Monae, this isn’t so indie that only backpack-wearers can ­appreciate it.

But people averse to chamber jazz, old-school MJish disco, Beach Boys-style baroque pop, Prince-style paisley rock, Lamaresque blunted woozy funk, Supertramp-like keyboards and those with the attention span of an autotuned goldfish must stay away. This is a 51-minute 52-second tour de force taking you down some unexpected avenues.

If I came from Ouagadougou in Burkina Faso; if I played the rawest desert blues-punk, drew my inspiration from the golden era of Nigerian music, when Fela Kuti and King Sunny Adé ruled; if I sounded like James Brown in a growling mood; if I was howling proof that blues came from Africa; if I made the ngoni, the instrument of the Donso (the traditional hunters in this region of Burkina Faso and Mali) sound like Hendrix played it … if I ticked all those musical boxes, I would have called myself Baba Commandant.

Mamadou Sanou is the real thing – which is why he’s called himself Baba Commandant. And, with the Mandingo Band, he has made Juguya one of 2015’s most exhilarating albums.

Believe what it says on the cover of The Epic, but more. Not only is there no holding back with scope: saxophonist Kamasi Washington (34) recorded the 172-minute, triple-album opus with his 10-piece band, The Next Step, along with a full string orchestra and full choir. It is also, in my humble opinion, a spiritual jazz masterpiece.

Rooted in the Coltranes (John and Alice), Albert Ayler and Pharoah Sanders’s jazz, The Epic is contemporary, vital and deeply reassuring in these uncertain times. In short: it is one of 2015’s ­essential records.

Luckily, the compelling cover photograph of From Kinshasa features a man, whom African music blogger Andy Morgan describes as “a local character, a happening on two legs called the Congo Astronaut, who wanders around the ghetto in a space suit for no obvious reason other than to be seen, be noticed and be stylish” – otherwise the understated title wouldn’t prepare you for the scintillating out-of-this-world music of Mbongwana Star. The six-piece – five Congolese musicians and a dreadlocked Irish producer – messes with your brain and makes you want to dance. Simultaneously.

Mbongwana means change, and this futuristic brand of electrofunk/soukous/punk (and beyond) of theirs, should, if all’s fair, short-circuit a new African music revolution.

… and another 20 that demand a listen

To Pimp a Butterfly.