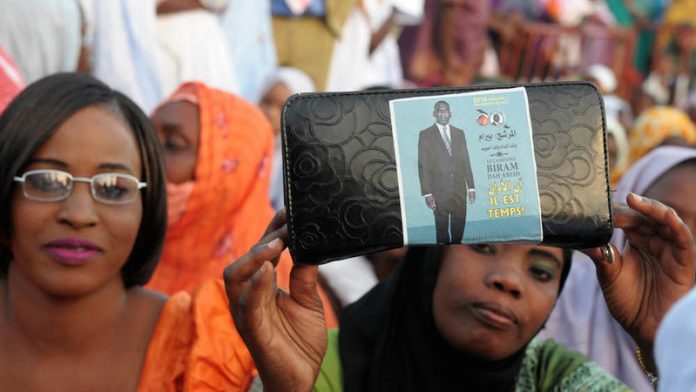 Protesters marking the first anniversary of the conviction and imprisonment of Mauritania’s leading anti-slavery activists are facing an increasingly violent clampdown by security forces, according to human rights groups.

Biram Ould Abeid, runner-up in the 2014 presidential elections and the head of the Initiative for the Resurgence of the Abolitionist Movement (IRA), and his assistant, Brahim Bilal Ramdane, were jailed in January 2015 with two other activists for belonging to an illegal organisation and for violence against the police.

Seven anti-slavery activists were reportedly arrested last week at protests arranged to mark the anniversary of the conviction. All were later released.

Abidine Merzough, the head of IRA-Europe, said the arrests are part of a wider programme of intimidation of anti-slavery activists in the country.

“There is an increase in violence against those trying to end the illegal practice of slavery in Mauritania. Police use tear gas at peaceful demonstrations. Protestors are being beaten and intimidated,” said Merzough.

Slavery is deeply rooted in Mauritania’s caste-based society. It was the last country in the world to abolish slavery, in 1981.

The Haratine people, one of Mauritania’s largest ethnic groups, are still considered a slave caste in many parts of the country, with human rights campaigners estimating that 4% of the population live in conditions of domestic or agricultural slavery.

The Walk Free Foundation, an Australian nongovernmental organisation that produces an annual global slavery index, estimates there are up to 156 000 people in Mauritania still trapped in caste-based slavery.

Merzough said, despite the government introducing tougher laws to punish those who continue to practise slavery last year, there is a concerted effort to crush the resurgent anti-slavery movement and ensure that nothing changes for the hundreds of thousands of Haratine still trapped in generational bondage.

Life for the slave caste is “sub-human”, said Merzough, who added that children born into the caste are condemned to a life of domestic servitude, violence and poverty.

“They are [treated as] property. They are never paid for the work that they do, they are excluded from society or education and are not allowed to own any property,” he said. “Men are forced to live like the animals they must take care of and women are routinely raped and sexually abused. Even when they are freed, they are still considered slaves and excluded from society.

“The treatment of anti-slavery activists is all part of the discrimination and desire to keep the power in the hands of those who profit from slave labour.”

“The government’s refusal to acknowledge that Mauritania is still a slavery economy is ensuring that the judiciary is not enforcing its own laws and that people kept as slaves are not allowed to claim their rights to freedom,” said Sarah Mathewson, the Africa programme co-ordinator of Anti-Slavery International.

“Mauritania is a slavery economy and relies on a whole sector of society working for free or being financially exploited, and the hereditary privileges that the ruling classes still enjoy relies on the population accepting this as the natural and divinely ordained order of things.

“This is what the anti-slavery movement is threatening to dismantle and this is what the government [is] seeking to repress.” – © Guardian News & Media 2016

Annie Kelly
Annie Kelly works from UK. Journalist and editor at The Guardian covering modern slavery, human rights and international development. Views my own. email me at [email protected] Annie Kelly has over 2294 followers on Twitter.
Facebook
Twitter
WhatsApp
Linkedin