​SA can produce the next Tiger Woods, but lack of funds holds back our black golfers 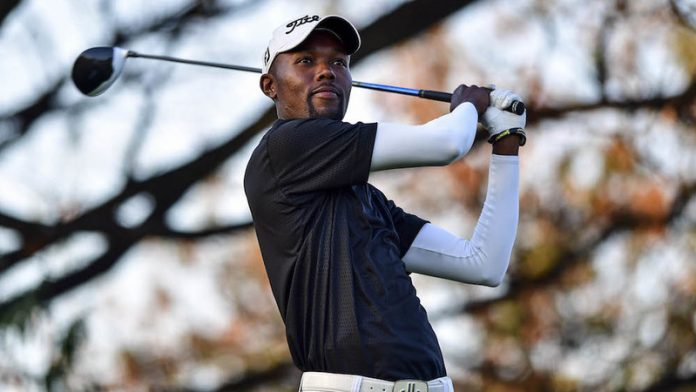 Golf at the elite level remains almost as lily-white as it was in the dark days of apartheid. Of the 13 South Africans who competed in this year’s Masters, United States Open and British Open, all were white.

Not since James Kamte failed to make the cut at the 2009 US Open has a black golfer represented this country at a Major.

One has to go back even further to 1977, when Vincent Tshabalala finished tied for 56th at the US Open, to find a black golfer from South Africa who made it past the second round at a Major.

It is not that there are no black professional golfers in South Africa, it is just that there are none who are capable of winning a major international tournament. Kamte, once described by Gary Player as “South Africa’s Tiger Woods”, has a world ranking of 738. The next three black golfers are a long way back.

Mazibuko is shining on South Africa’s secondary tour, the Big Easy Tour, which is not part of the International Federation of PGA Tours, where he is sixth on the order of merit. But on the Sunshine Tour, which is a PGA Tour founding member, Kamte’s ranking of 69th is the highest for a black South African.

One might assume that this disparity could be solved by swelling the number of black players on tour —that it is just a matter of time before a black golfer excels in the premier league of South African golf. That theory has already been tested.

According to Grant Hepburn, chief executive of Golf SA, more than “30 000 golfers have come through programmes established by the South African Golf Development Board, an organisation completely dedicated to developing black golfers”.

The board was set up in 1999 by Johann Rupert to address the monochromatic bias in golf. Despite these numbers, we are still faced with the same bias at the top of South African golf 17 years later.

The worth of a golfer is assessed according to a single variable: their scores over the course of a tournament. Enforced selection policies, which are a major pillar of the ANC’s transformation strategy, can’t be applied to individual sports because subjective attributes such as perceived skills sets and ability to perform under pressure are made inconsequential by the nature of those sports.

Sports and Recreation Minister Fikile Mbalula put it down to unequal access to resources and facilities. He agrees with Hepburn when he says “there is an abundance of black [golf] talent in this country”, but bemoans the inequality that still heavily privileges white people.

“A black golfer with all the skills and abilities cannot go further if he doesn’t have equal opportunities as the white players he is competing against.”

The minister has a point. Golf courses remain inaccessible to the majority of South Africans. Although class, rather than race, is now the dividing factor, this cannot be resolved without acknowledging that class is inevitably “raced” in today’s South Africa.

Private golf courses are almost always in wealthy suburbs. They boast clubhouses and manicured greens and fairways. By contrast, the Soweto Country Club in Pimville can’t afford to put a fence around its property to prevent pedestrians and animals from wandering on to the field of play.

It is the only black-owned and -managed golf club in the country and has introduced the sport to countless people. It has a rich history and has produced some of the country’s best black players, including Tshabalala, Simon “Cox” Nhlapo and Theo Manyama.

Despite this, the conditions are not on a par with elite private courses. The clubhouse could be mistaken for a high school tuck shop, bereft of any of the mahogany and leather old-world charm associated with elite clubs. The course itself, though playable, lacks in quality and does not possess a single bunker. There is no driving range on which to practise and develop young talent. This is a problem for golf players who outgrow the meagre resources available to them in Soweto.

Sipho Bujela is one such person. He grew up within walking distance of the club but has to travel more than 100km a day to and from the World of Golf in Midrand to hone his skills.

“It is difficult having to travel so far from home every day,” he says. “It’s the little things that help golfers get to the top and, if I could train closer to home, that would make things a lot easier.”

Already a talented footballer, Bujela was introduced to the game at the age of 14 by a friend. He is the first person in his family to swing a club and recognises the ambassadorial role he has assumed. “Kids look up to me,” he says, beaming. “People think that golf can’t be played by someone from a location. I’m out to prove them wrong.”

Bujela was also enticed by the allure of money and travel that golf offered. “When I realised I had talent, I saw this game as a way for me to make money, win prizes and see the world.”

When he turned pro in 2013, Bujela’s dream was becoming reality. After failing to secure financial backing, he has had to find alternative work to keep his dream alive.

Apart from developing his abilities, Bujela also spends much of his time in Midrand bankrolling his professional career by providing private lessons for wealthy clients — time he should be devoting to his own game. He estimates that he needs R218 000 a year just to compete on the Sunshine Tour.

Accommodation, caddies, transport and food are all paid for by the pros themselves. Bujela, like many others, often leaves a tournament having spent more money than he earns as a result of a poor finish.

“Sometimes I have to choose between working and playing golf,” Bujela says. “Sometimes I am unable to play in a tournament because I can’t afford to and that impacts [on] my ranking. Other times I am so worried about money that my game is off because of pressure. Sometimes I haven’t practised as much as the other guys because of work and I struggle to compete.”

Bujela recently clinched a dramatic victory on the Big Easy Tour after a four-man play-off at the Kensington Golf Club and currently sits eighth in the order of merit. He will no doubt savour this triumph, but knows full well that these results are few and far between for even the best golfers.

During spells of poor results, golfers need to feel secure in the know-ledge that someone else is footing the bill. Expenses are usually taken care of by sponsors. Others are fortunate enough to come from wealthy and supportive families. These are two luxuries that most black golfers in this country do not enjoy.

Many professional golfers in South Africa are expected to fend for themselves, a tough ask if they don’t have adequate financial and familial support. Private sponsors have their own interests and understandably only support talent that produces positive results.

The rub is that the teething period that new pros have to navigate is often the most difficult. Justice Matshaya of the Soweto Country Club believes not enough is being done to help young golfers transition from the amateur ranks, where they are well supported, into the world of professionalism.

“Once they are on their own, they often fail,” Matshaya says. “In wealthy families, you have a parent who helps you with newfound wealth and responsibilities. We are wasting so much talent because they are left to succeed or fail on their own.”

Mbalula is adamant that the “government is in no position to help these golfers”, but if this situation is not remedied, all golfers from poor socioeconomic backgrounds, black or white, will struggle.

Fortunately, there is hope.

The City of Johannesburg and the Central Gauteng Golf Union, two driving forces in the efforts to transform golf, have teamed up to tackle this problem. They have met the International Management Group (IMG) to address the lack of support for professionals.

The IMG represents some of the world’s greatest athletes, including Ernie Els and Branden Grace.

According to the city’s Faried Loonat, young black golfers struggling to gain a foothold will soon receive the help they need. “IMG are waiting on us to finalise the deal, but they are excited about potentially changing the face of golf in South Africa,” he says.

Twenty young black players have already been identified by the golf union and the city through their junior tournaments, in which 42% of competitors are players of colour. These youngsters have been earmarked for IMG representation once they reach professional status. With adequate support, they will not have to resort to coaching on the side and will be free to focus on their sporting careers.

The golf union is helping to transform the sport at youth level. At age-group interprovincial competitions, there has to be at least one player of colour in every squad of eight. At last year’s under-18 tournament, three of the union’s representatives fit the profile. It would have been four had one not been competing overseas at the time.

Andy Truluck is the junior golf manager for the union and believes that creating a black professional golfer good enough to win a Major comes down to growing the numbers at the grass-roots level.

“It’s about increasing the odds,” he says. “But we can only take them so far in the amateur ranks. They need support once they turn pro because once they do, there is nothing we can do for them.”

The Central Gauteng Golf Union’s chief executive, Billy Swailes, says he has appealed to the government to address the lack of support for young golfers. “It is not a colour problem,” he says. “It’s an economic and class problem. But as long as the majority of poor kids are black, it will impact [on] them the most.”

Swailes says the growing black middle class will take care of this problem eventually, but organic transformation is happening at a glacial pace. It needs to speed up through tangible changes in terms of access to resources and facilities, as well as to golfing institutions. If South Africa wants a black golfer to win a Major, these changes have to happen now.

Daniel Gallan
Daniel Gallan is a Johannesburg-born freelance journalist living in London, UK. He is constantly searching for the intersecting lines between sport and politics, to show that the games we play reflect who we are as a society.
Facebook
Twitter
WhatsApp
Linkedin