Limousine-chauffeured luxury spa treatments, blatant graft and jobs for cash are just some of the allegedly corrupt activities the ANC’s Gauteng chief whip Brian Hlongwa and his staff were involved in, according to a Special Investigating Unit (SIU) report released today.

The report, which investigates the Gauteng health department’s conduct between 1 January 2006 to 14 May 2010, was handed over to former President Jacob Zuma in March 2017, but never made public. It was only released after public interest law organisation Section27 was able to obtain it via a Promotion of Access to Information Act (PAIA) request.

The SIU found that more than R1.2-billion was lost to graft during his tenure. The 122-page document reveals never-before-seen details about the extent of rot at the Gauteng health department, which essentially became an informal arm of the now-liquidated 3P Consulting.

“The reason this report was not released was one crook was covering up from the other crook starting with Jacob Zuma,” says Anele Yawa, chairperson of the HIV lobby group the Treatment Action Campaign (TAC). “Everything was reported to his office and we don’t know why it wasn’t released.

“We are living in a country where we honour people who are corrupt and we even promote them. [Hlongwa] was the MEC, now he’s the chief whip.” 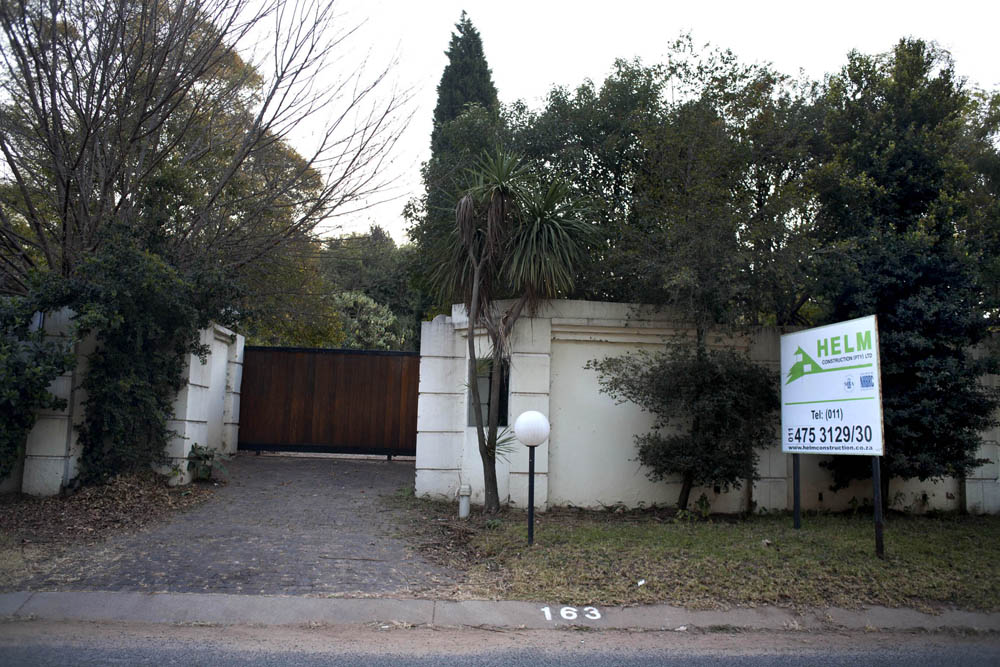 One of Brian Hlongwa’s previous homes, this one in Bryanston while under construction. The SIU found that at least one of the chief whip’s homes may have been financed by the 3P Consulting company.

The SIU referred the matter to the South Gauteng Director of Public Prosecution, among other legal bodies, for possible criminal charges against those involved including Hlongwa.

TAC and the nonprofit organisation Corruption Watch have both written to these law enforcement agencies, which also include the Asset Forfeiture Unit, to enquire about the status of investigations but have yet to receive responses, according to Section27 deputy director Umanyana Rugege.

With Hlongwa’s long-time friend Richard Payne at the helm as a director, 3P Consulting was irregularly granted tenders for projects it over-billed for while never delivering, shows the report. The Bryanston company even went so far as to install 20 of its own employees within the Gauteng health department, including its finance section. One such employee was seconded to the position of acting chief financial officer, who then approved all 3P’s payments and also served as a voting member on the Departmental Acquisition Council that decides on tenders and the procurement of services.

The Gauteng health department overspent its budget every year that he was in office, according to a 2009 report commissioned by former health minister Barbara Hogan. The department has shouldered crippling debt since Hlongwa’s term — a leading factor in its 2015 decision to relocate almost 2000 state-funded mental health patients from private Life Esidimeni facilities largely to ill-equipped community organisations. The department was ordered to pay at least R1.18-million in damages to each of 135 families of patients who were part of the move, many of whom died.

“It wasn’t the greatest department before [Hlongwa] but… the rot that happened under him — the department just never recovered and the ANC just promoted him,” says Democratic Alliance MPL Jack Bloom.

Rugege says the corrupt ways in which Hlongwa allegedly funded a lavish lifestyle of pricey homes, spa days for him and his wife and free trips revealed in the SIU report has come at the expense of Gauteng’s sick.

“The state of the healthcare service have become worse and worse in Gauteng,” she says.

Testimony by Gauteng Finance MEC Barbara Creecy at the recent Life Esidimeni arbitration hearings may also suggest that the provincial health department may still be vulnerable to plunder.

[During her testimony] Creecy had to say that there are still these kinds of gaps where vasts amount of money are paid to consultants for two-day workshops or audits of medical-legal claims that should have been done by internal lawyers.

“There should be some form of assessment from the current administration as to the status of this type of conduct.”

During Hlongwa’s tenure, 3P created its own unit within the provincial health department to oversee department projects and procurement. The company racked up money for everything from printing pamphlets on HIV to overpriced cricket hats and even for compiling a 2007/8 budget for the department they never delivered.

Hlongwa’s spokesperson, Kgapa Mabusela, said Hlongwa could not comment on the report’s findings, because “the matter is before the courts”. The Gauteng health department also did not respond, arguing that it had not seen the report. “We will study the report once we get access to it and all appropriate actions will be taken,” spokesperson Lesemang Matuka said. Presidential spokesperson Kusela Diko did not respond to Bhekisisa’s requests for comment.

Meanwhile, Yawa warns that the Treatment Action Campaign is going to reach out to health care workers and “tell them that the reason that you don’t get increases, your working conditions you are faced with are unbearable, is because of people who are stealing from the public. People like Brian Hlongwa.

“We must mobilise people to storm the Gauteng legislature and demand answers,” Yawa says. “We must go to Brian Hlongwa’s house, have a night vigil for the whole week until he pays back the money. We must put pressure all of them until these criminals are in jail.”

Laura López González
Laura López González is a freelance health journalist and editor with more than 15 years of experience covering global health. She is the former deputy editor of South Africa's Bhekisisa Centre for Health Journalism.