Billie Zangewa’s self in a patchwork of silk

Born in Malawi to a Malawian father and a South African mother, the visual artist works primarily with raw silk offcuts. Her tapestries, depicting carefully constructed everyday settings, allow us to think more deeply about identity, gender and the sociopolitical landscape. She presents a series of situations and propositions in which the domestic becomes political. 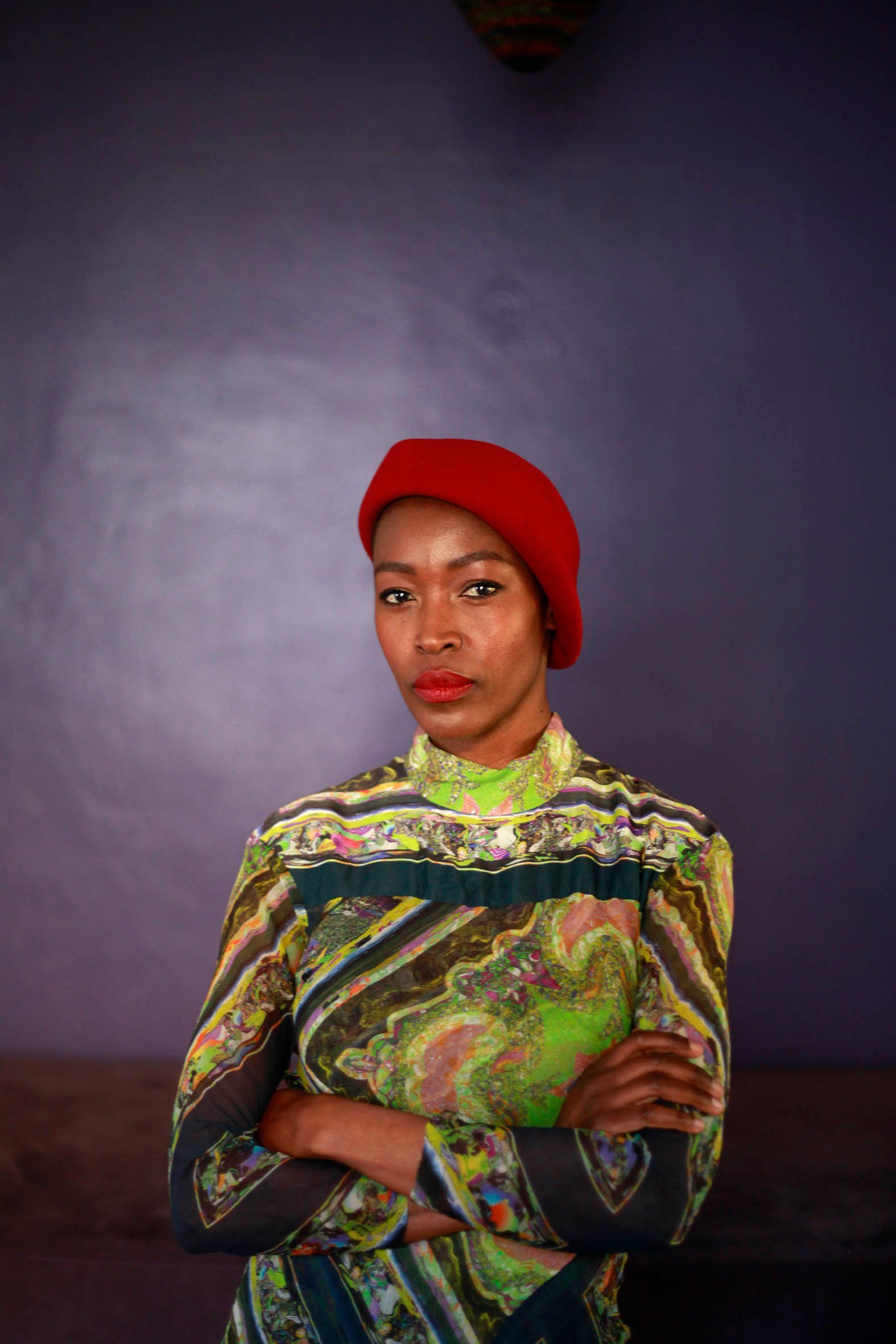 Zangewa has exhibited extensively both locally and internationally, including with the Norval Foundation (Pulling Threads, 2017), MASS MoCA (The Half-life of Love, 2015), the Studio Museum in Harlem (A Constellation, 2015). Her work is in several outstanding private and public collections, including the Tate Modern, the Stedelijk Museum and the Smithsonian National Museum of African Art.

She is one of many pioneering artists reimagining what is considered textile art. 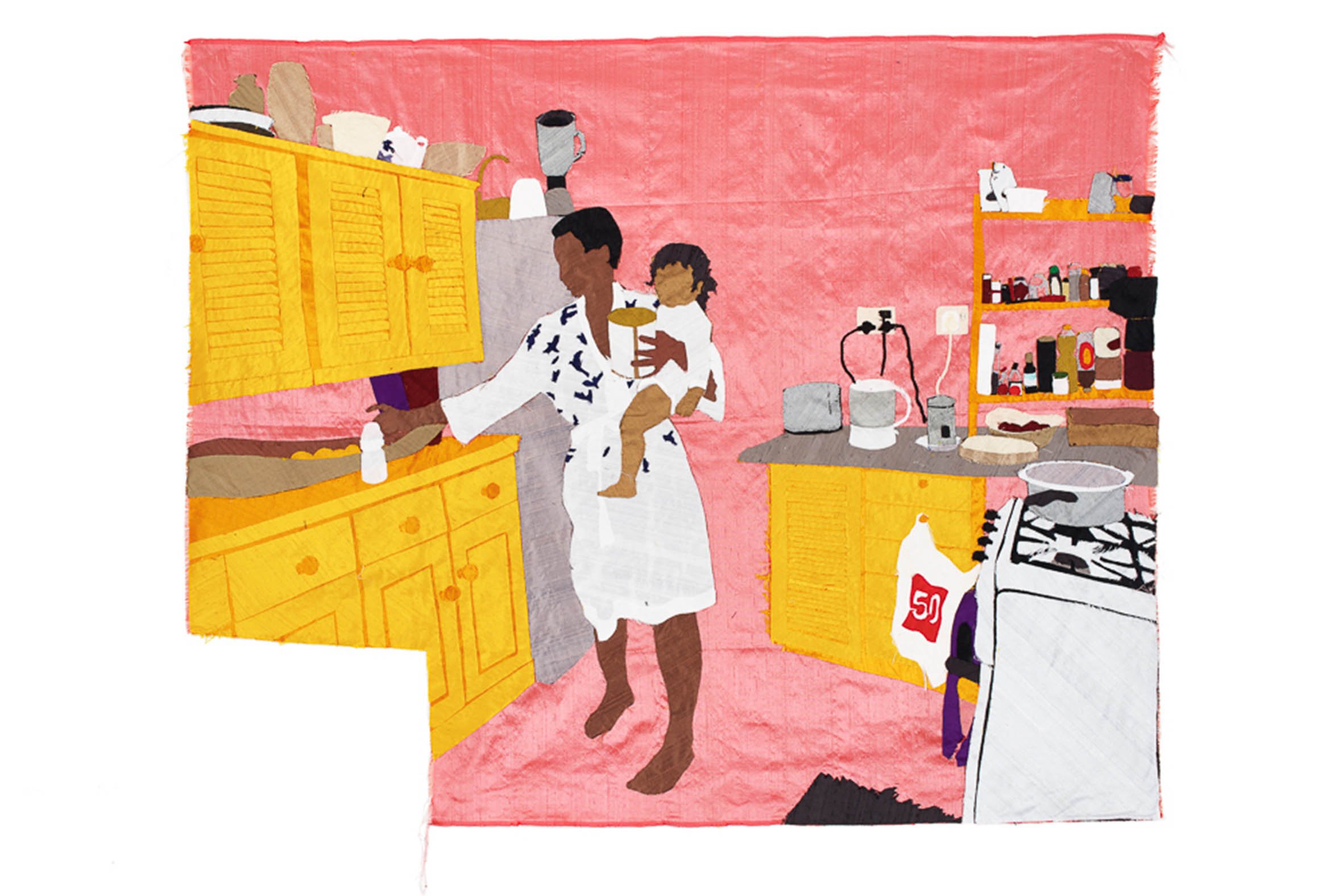 Pushing the boundaries of silk tapestry, Zangewa also enters a league of artists who use one particular medium in surprising and innovative ways. This growing movement includes Yinka Shonibare with his Dutch wax-print sculptures, Faith Ringgold’s paintings on cloth, Judith Scott’s fibre sculptures, Ghada Amer’s evocative embroidery and El Anatsui with his fabric-like collages made from bottle-tops. With the use of textiles and found materials, these artists are continually re-examining the historic and the traditional, while summoning the futuristic.

Discussing their artwork, Wrapped Reichstag, environmental artists Christo and Jeanne Claude once stated that: “Throughout the history of art, the use of fabric has been a fascination for artists. Fabric, like clothing or skin, is fragile; it translates the unique quality of impermanence.”

Zangewa’s work conveys this sense of fragility, in how it conflates the delicateness of silk with the fragility of memory. Her work is multilayered, both in terms of process and subject matter. Each artwork goes through a lengthy process of line drawing, cutting and pinning before the hand-stitching begins. By choosing fabric, Zangewa allows us to confront, examine and dismantle ideas of hand-stitching as a symbol of domesticity relegated to women; how we think of stitching not as hard labour or high art but rather as craft and pastime. 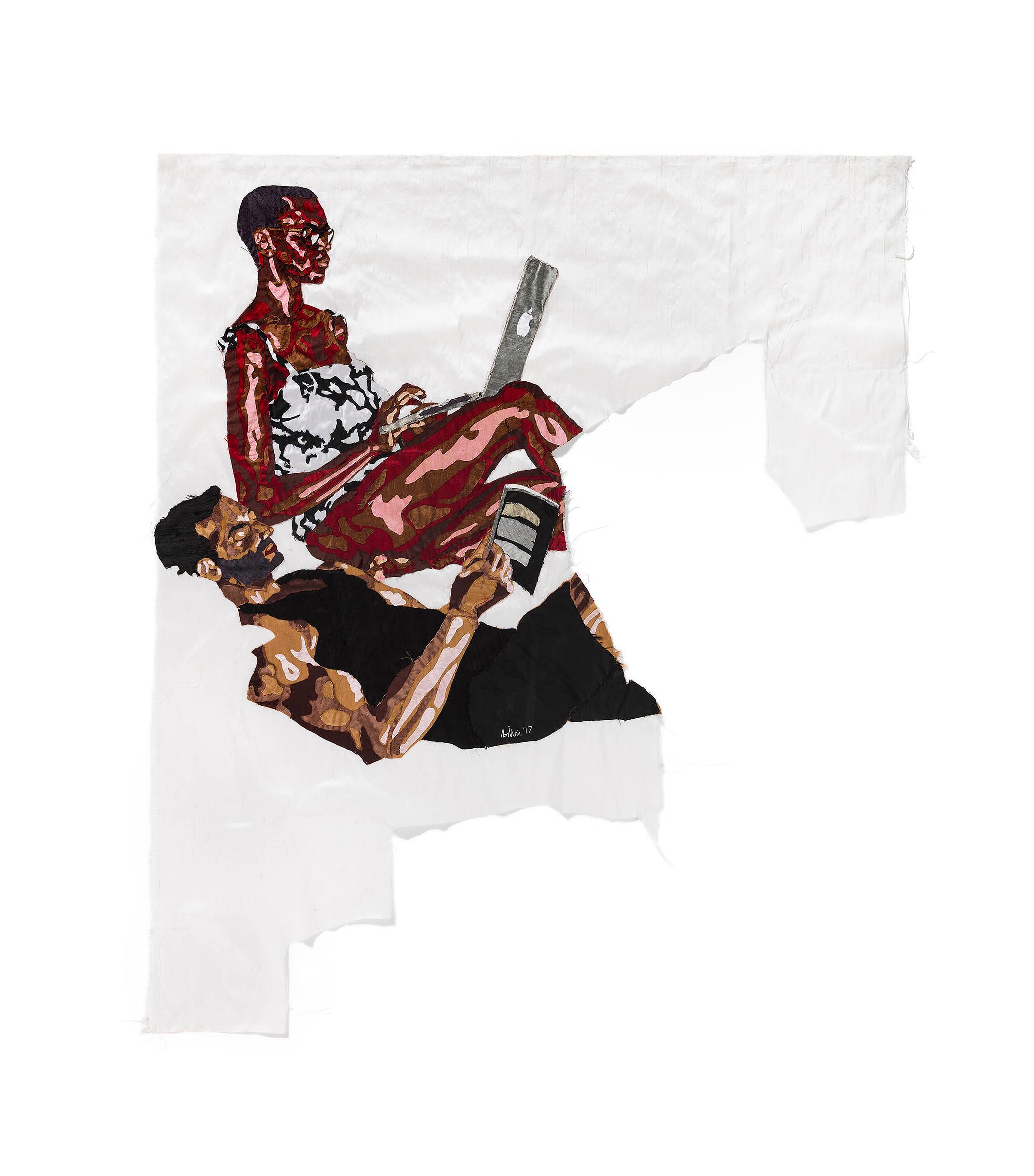 The flatness of Zangewa’s tapestries conceals where the warps and wefts begin and end — these soft sculptures are personal and revealing; documenting a personal history while simultaneously challenging stereotypical depictions of black women. The depictions shift fluidly between spaces and across time — city and country, the romantic and the practical — invoking a sense of free movement through the world.

The richness of the tapestries is brought forth by the use of radiant colours and the silk’s reflective, luminous nature. Her use of the domestic interior as a site for play and hybridity marks a reaction to the simple passage of time.

Through Zangewa’s work, we get a glimpse into private and intimate spaces. She breaks multiple walls and interrogates multiples sites of meaning: What can be depicted, by whom, to fulfil which gaze?

For example, in Midnight Aura (2012), we see a woman sleeping peacefully. In Mother and Child, (2015), a woman and her son sit at the kitchen table, perhaps reflecting Zangewa’s relationship with her child. In Morning Glory (2017), we’re introduced to Zangewa in her bedroom, a towel on her head. Other tapestries show women sitting in a field, picking flowers, reading, working, making love — living. These self-portraits embrace the mundane with energy and grace.

Her work also challenges traditional ideals of completion. The artist draws different boundaries around her art and her silk creations are not limited by the conventional squares and rectangles that often house composition. Zangewa’s tapestries end where they will — expanding and contracting spatial boundaries. 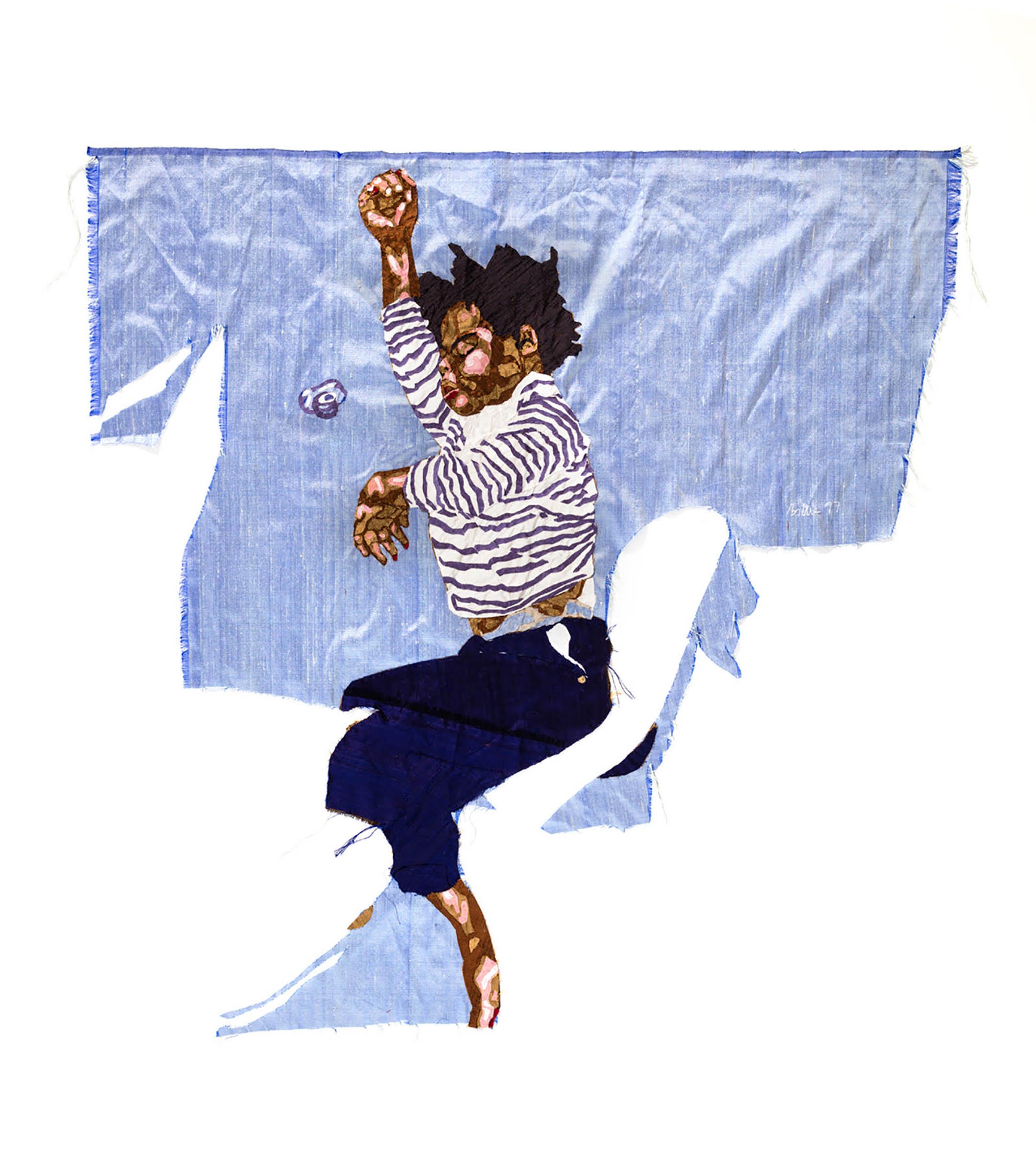 The works’ beautifully observed moments allow us to sink into familiar places. Her soft sculptures offer us an odyssey through the prism of personal narrative using a tactile and sensory approach. The freedom she claims for herself acts as a liberating force for ideas that remind us to take up joy in our own narratives, as we move through our own interior worlds, both private and shared.

Zangewa is to present new works at the 2018 FNB Joburg Art Fair in September, which this year will feature four categories — Contemporary Galleries, Solo Presentations, Limited Editions and Art Platforms. As this year’s featured artist, Zangewa steps onto a platform that has been occupied by artists such as is in the company of artists such as Robin Rhode (2017) and Wangechi Mutu (2016).

See our history in buildings

Creating harmony and melody through the lens

​Gunn-Salie sculpts the presence of the past

As the demand for oil shrinks and prices collapse, Africa’s petro states — the likes of Angola, Nigeria, Egypt and Equatorial Guinea — will be left with massive holes in their budgets
Advertising