When I close my eyes, I see the picture of her — the way she was when she was murdered — and, ja, I just took a hard knock,” Zubaidah Pandor says, her eyes downcast under her shiny blue eyeshadow.

Pandor’s cousin, Danel Rooskrans, was beaten to death by her former boyfriend on New Year’s Eve in 2017, just around the corner from her home in Toekomsrus, Randfontein. The mother of two was 25 years old.

On Tuesday, Rooskrans’s killer, Zain Ross, was sentenced to life in prison at the Johannesburg high court.

Members of Rooskrans’s family, each wearing T-shirts with her picture on them, gathered outside the court to celebrate the end of an almost two-year journey.

Sitting back on her grandmother’s black couch, her hand resting in her lap as if to protect herself from imminent pain, Pandor recalls the day she found her dying cousin at a house on Venus Street in Toekomsrus.

“It was very dark in the house. So they actually had to break down the door. When they broke down the door, he came out of the room with a cloth because he was busy cleaning up the scene. He actually washed her whole body with water,” Pandor says.

“The walls were full of blood. The floors were bloodstained. The bed, everything, was covered in blood. And she was sitting straight up on a one-seater couch. So all we could see her by was her hair, because her head was swollen as big as a steering wheel.” 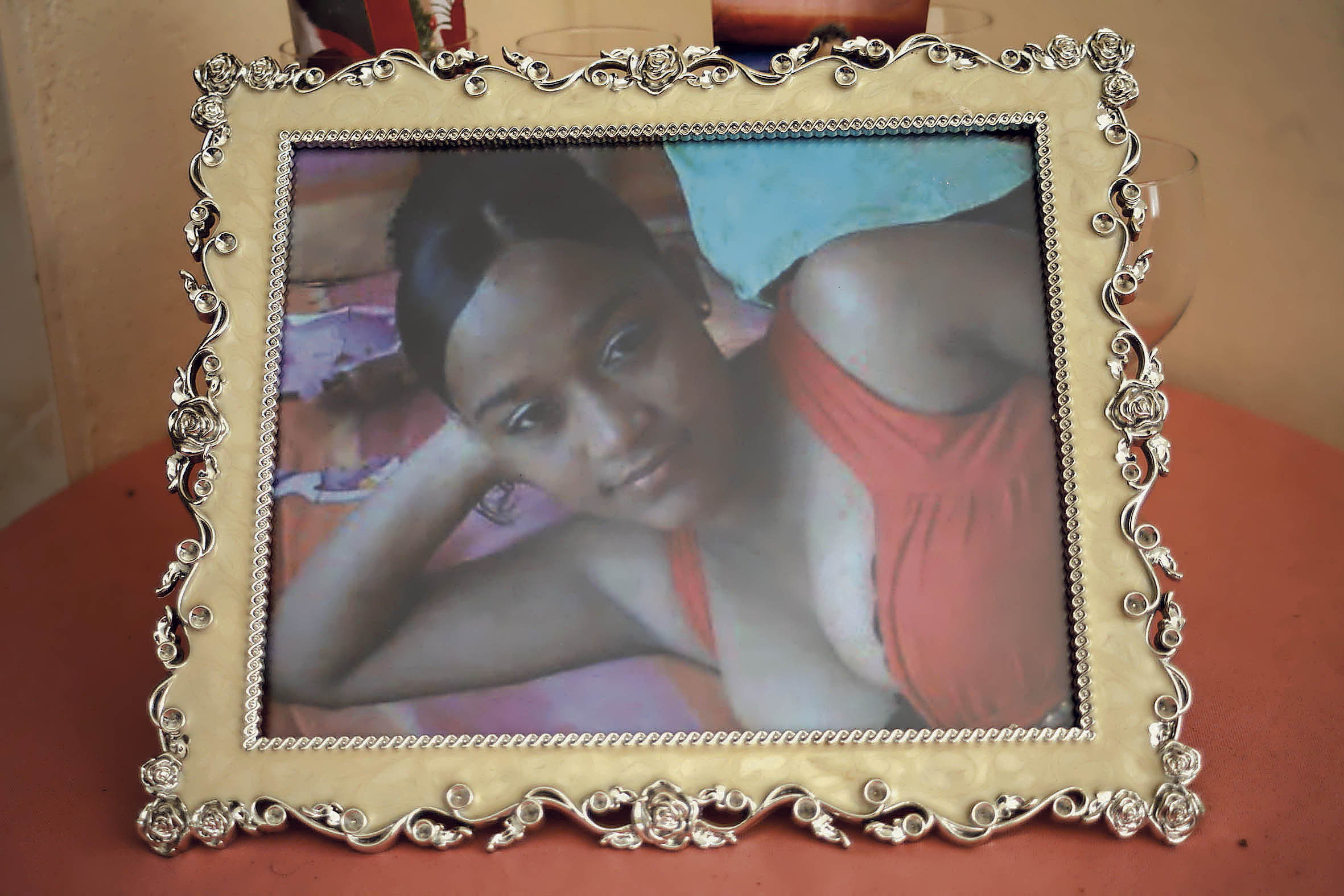 Memories: Danel Rooskrans, a mother of two, was murdered by her ex-boyfriend Zain Ross in Toekomsrus in 2017. (Oupa Nkosi/M&G)

Pandor testified in court about the murder.

The house where Rooskrans was killed is a short walk from the small house where her mother, Maureen, lives.

Walking past the white-painted house, a gust of wind blows a wave of dust down Venus Street. “It’s Danel,” Maureen exclaims joyfully, as her neighbours emerge from their house to greet her.

In Toekomsrus, “everybody knows each other’s business”, Pandor says.

Pandor and her father took Rooskrans in his bakkie to the clinic at the fire station. The ambulance had taken too long to arrive, Pandor explains. She was declared dead at the clinic.

“She had on white clothes, and you could see the pink of the blood in her clothes. Her fingers were actually turned the other way, you could see she had struggled to get away,” Pandor says, her usually faint voice hardening at the edges of her words.

“I couldn’t believe that that was her, because she was this beautiful person.”

According to Pandor, Rooskrans was “very soft”.

“She actually couldn’t hurt a fly, because that was just the type of person she was,” Pandor says.

A picture of Rooskrans on her 21st birthday stands on an ornate display of houseplants in the hallway of Maureen’s home. In it, Rooskrans wears a pink dress and tiara.

Pandor says at the time of her murder, Rooskrans was trying to start a new life. “She had this long hair, to her bum. She even went and cut her hair. She said, ‘It’s a new beginning.’”

Rooskrans’s murder has been difficult for the tight-knit family, who Pandor says now rarely leave each other’s sides. 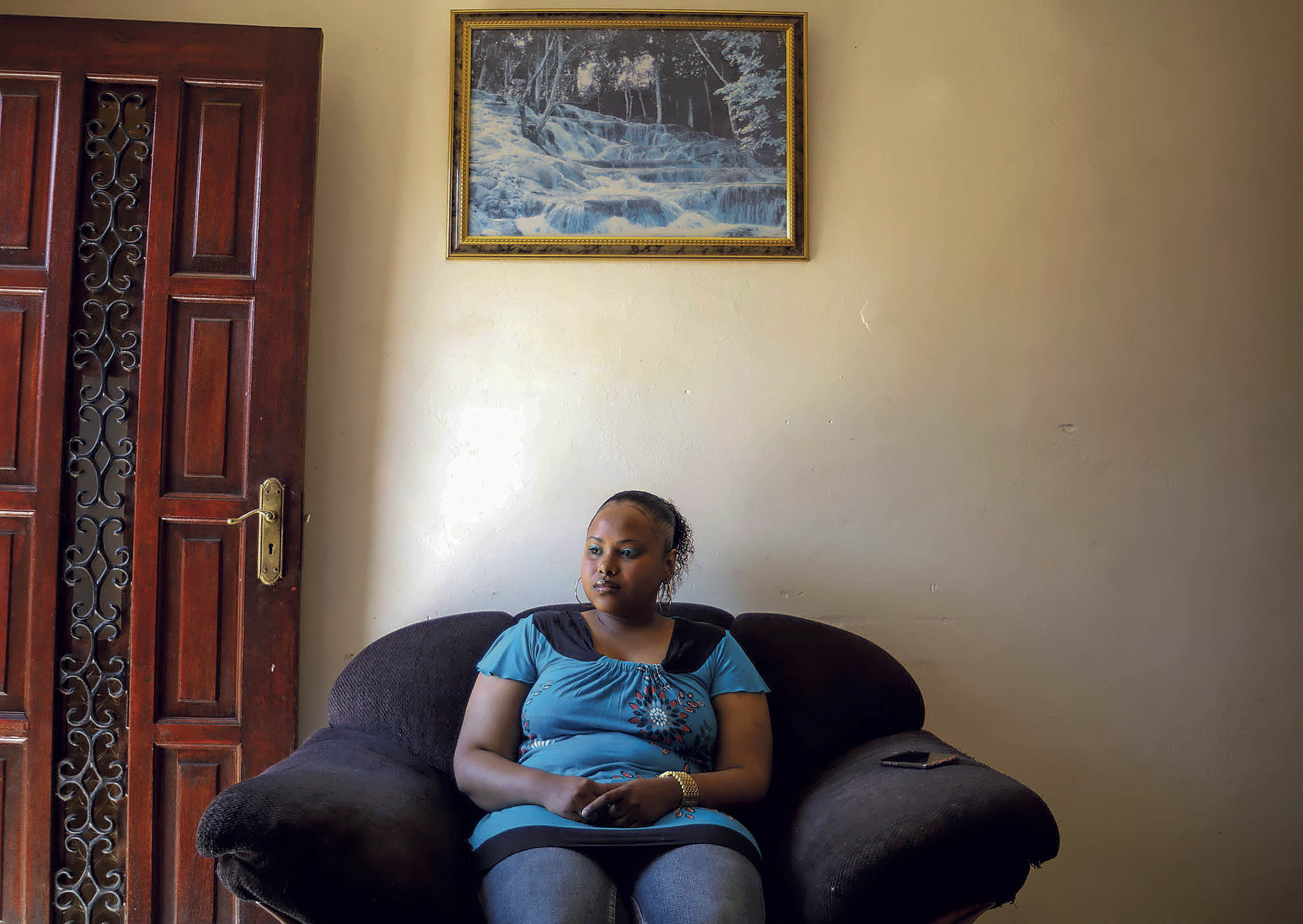 Painful: Zubaidah Pandor remembers her cousin as soft and beautiful, someone who ‘couldn’t hurt a fly’. (Oupa Nkosi/M&G)

“For us as family it has been a very tough time, especially dealing with her death and the way she was murdered. And then also having to go to court every time. Most of my family got sick, others had to go for counselling. So it was just a bad time for all of us.”

Maureen lets out a mournful cry from her bedroom as Pandor talks about her daughter. Later, as she stands at the edge of Rooskrans’s bed, her small body shakes as she chokes down her tears.

“She is safe now. Nobody can hurt her now,” Valdine Moses, Rooskrans’s aunt, says — her body doubled over as she sits in the lounge.

Pandor says the sentencing of Rooskrans’s murderer brought their family some sense of justice.

“I just felt a little peace in my heart, even though it won’t bring her back. But we had that sense of relief in us that he was sentenced to life imprisonment,” she says.

“I just had a little peace, but I still felt hurt because even though he spends his life in jail, it is nothing that will bring her back.”

But nothing can take away the rage Pandor feels thinking about the countless other women beaten and murdered by men.

“Sometimes the justice system does fail us, as people and as human beings. And our women are just dying and being raped and killed and nothing is being done about it.”— Additional reporting by Oupa Nkosi

Modack’s defence to ask for indulgence as bail application continues

Stuck at home with your abuser? This free tool can help