The minister of mineral resources and energy, Gwede Mantashe, has urged the government to be vigilant about corrupt people getting into the energy sector.

“The energy space is very attractive to people who want to make a quick buck. We must not allow scavengers to come and eat quickly in the sector. We need people who understand the sector very well and who have long term interests in developing it,” he said.

Mantashe was speaking to the parliamentary portfolio committee on mineral resources and energy on Tuesday.

“We are inviting all mining companies that want to test their capacity to self-generate electricity, to do so. This will ease the reliance on Eskom. Self-generation is allowed and it is facilitated as long as the necessary processes are followed.”

Mantashe said, although there is a need for South African to reduce its carbon emissions and move to renewable energy, that cannot be done in a rush.

“We are a developing economy, so this factor will inform our shift to renewable energy and a low carbon economy. It is a process and we want it to be a just transition. It cannot be done hastily.”

He said South Africa’s energy supply is dependent on burning fossil fuels, but this would not be the case forever. “We are committed to move to wind and solar energy techniques, so that we can reduce the reliance on coal.” 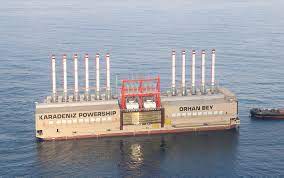 According to a report from the Centre for Scientific and Industrial Research, South Africa experienced 530 hours of load-shedding in 2019. This week Eskom went back to stage 2 load-shedding because 10 generating units in seven power stations went down.

The Democratic Alliance’s MP in the portfolio, Kevin Mileham, lambasted the government’s slow pace in moving to renewable energy.

“We always have load-shedding during budget time. This has been going on for over 10 years. Our electricity generation crisis is nothing new. It is a result of years of corruption and incompetence by this government. We urgently need new power generation methods. The government has stalled the move to renewable energy on purpose,” said Mileham.

“The government has botched the Renewable Energy Independent Power Producer Procurement programme. There are allegations that processes are being sabotaged to favour those close to the ANC government. Some even lead back and implicate the very same minister that heads the energy department.”

Mileham argued that South Africa cannot afford a new nuclear build programme, adding that Eskom doesn’t have an appetite for this right now.

“The focus of this government is seemingly on preserving jobs for pals and maintaining a status quo. Mantashe has repeatedly shown that he has no interest in advancing the move to renewable energy” he added.

Themba Msimang from the Inkatha Freedom Party said the committee wants the government to employ a transparent approach in addressing the energy topic.“At this pace, it seems like load-shedding might be with us for years to come. In addition to that, we are faced with spiralling electricity tariffs. The need for transparency cannot be overemphasised,” he told the committee.