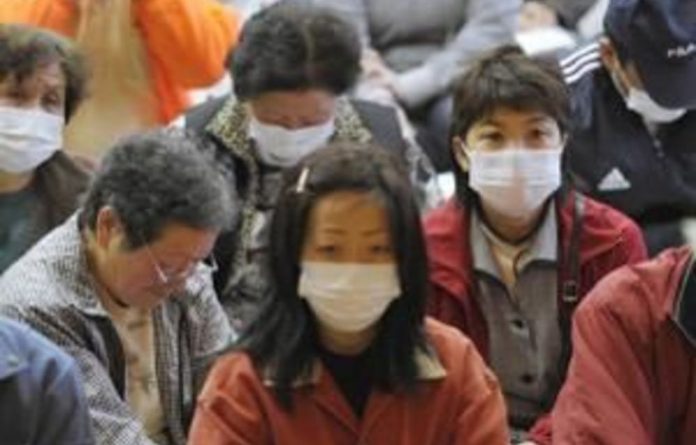 The operator of Japan’s tsunami-flooded nuclear power complex was seeking ways on Wednesday to pull damaged spent fuel rods out of a storage pool for one of the plant’s reactors, citing surging radiation and elevated temperatures as worrisome signs.

The troubling signals at the Fukushima Daiichi nuclear complex come as frustrations grow with Tokyo Electric Power’s (Tepco) handling of the crisis, which has progressed fitfully since a March 11 tsunami swamped the plant, knocking out crucial cooling systems. Restoring them will take months.

Frequent aftershocks from the magnitude nine earthquake that triggered the monstrous waves are unwelcome reminders of the disaster and are impeding work on the cooling systems.

The government earlier this week revised its rating of the severity of the crisis to level seven, the worst possible on an international scale. The only other level seven was the 1986 Chernobyl disaster, though that explosion released 10 times the radioactivity that has come from Fukushima Daiichi so far.

Tepco officials said on Wednesday they were discussing ways to eventually remove spent fuel rods from storage pools as the plant is closed down for good.

The issue appeared most urgent at the number four reactor, which was shut down for maintenance at the time of the tsunami, with all the spent fuel rods moved from its core. Company officials said they were considering ways to remove the fuel rods for permanent storage, but must first devise ways to reduce radiation leaking from the pool.

Tepco manager Junichi Matsumoto said analysis of the pool’s water detected radioactive iodine-131, cesium-134 and cesium-137. Normally, those elements would not be found in the pool.

‘Just want my due’
Tepco has been pumping water into the pool to keep the rods cool, while at the same time working to drain radiation-contaminated water from some of the plant’s other five reactors and to stabilise conditions at its number one reactor by pumping nitrogen into its containment vessel to reduce risks of an explosion.

The halting progress at the plant has deepened the misery of residents who were forced to leave their homes and jobs near Fukushima Daiichi.

A 102-year-old man committed suicide on Tuesday, a day after the government included Iitate, the village where he had lived all his life, as an area to be evacuated to avoid radiation exposure. A local police official, who declined to be named because he was not authorised to speak to media, confirmed the man had killed himself but would give no further details.

A band of small business owners and labourers travelled to Tokyo on Wednesday to demand compensation from the plant’s operator.

“I am not asking for anything more than I am entitled to,” said Ichijiro Ishikawa (69) who dug roads and tunnels and is now living in a shelter because his home is in a 20km evacuation zone around the plant. “I just want my due.”

He and about 20 other people who lived and worked near the plant delivered a letter to Tepco’s president Masataka Shimizu complaining that talks with the government over how to compensate victims will take too long. They met near company headquarters with four Tepco officials who bowed to them in apology. Shimizu later apologised during a two-hour news conference and pledged to do more, saying cash payments would be readied as soon as possible and the company would do its best to get the plant’s reactors under control and stop radiation leaks.

Police say the earthquake and tsunami killed 13 439 people and left 14 867 missing. The number of missing has risen in recent days as local police in some devastated communities belatedly reported to higher authorities. — Sapa-AP