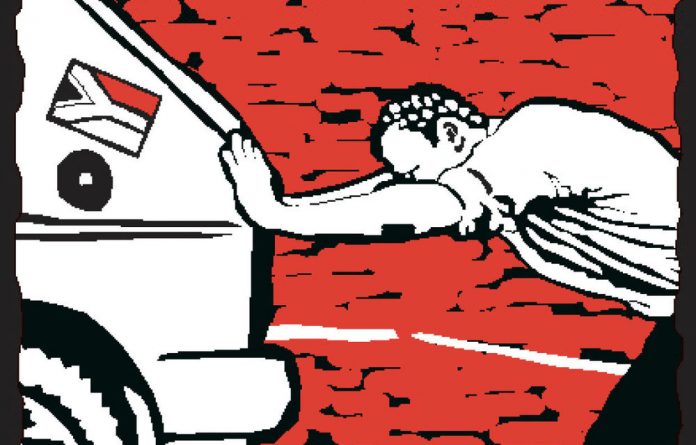 The economy is stuck in low gear. Poverty and inequality remain disturbingly prevalent, especially for a country with a high per capita income. I believe the cause is to be found in poor policy and delayed policy reforms.

By policy, I mean the government's clarity of strategic intent. Policy involves hard choices: it is a combination of instruments – which may be contradictory – used to pursue lasting socioeconomic transformation. Policy is the art of negotiating trade-offs and contradictions. Needless to say, the argument that policy is at the centre of development does not imply that other challenges are not an issue.

Policy, of critical importance for a country such as South Africa, should be concerned with social and economic development  and the interface between them. The transformation of societies requires robust social and economic policies that talk to each other. Social policy, in particular, is about advancing social wellbeing along the lines of addressing what Nobel Prize-winner Amartya Sen termed undoing "unfreedoms" such as poverty, lack of access to social services and so forth.

South Africa's economy has, since 1994, performed below its potential. Thankfully, it stabilised in the mid-1990s after its worst performance during the dying years of apartheid. Necessary but controversial policy reforms, akin to those of the Washington Consensus, provided an economic policy that focused on macroeconomic stabilisation. Yet the increasing frequency and intensity of public protests and wildcat strikes show that social welfare, social institutions and social relations – the key areas of social policy as outlined by Thandika Mkandawire, the chair of African development at the London School of Economics,  remain poorly transformed.

In the 2000s, economic policy turned again to redistribution with the Accelerated and Shared Growth Initiative for South Africa, but that was left hanging after about three years and the New Growth Path (NGP) was introduced. Although the economic analysis contained in the NGP is robust, the policy is not clear. Or rather, its infrastructure development programme is not really policy. It is still unclear where the money to finance it will come from in the context of a weak global economy and worsening economic performance in South Africa.

High-powered national planning commission
Then we have the more comprehensive and policy-oriented National Development Plan from the high-powered national planning commission. The commission's 2030 vision offers us a chance to "write our future", as the commission puts it. It appeals for leadership, unity and cohesion for the plan to be implemented successfully. Yet it also highlights "policy instability" as an issue that requires attention.

We face a host of urgent social and economic issues. Topping the list are unemployment (especially youth unemployment), poverty and inequality, education and skills. These challenges are a function of poor policy and weak conceptual clarity. The so-called poor quality of education is related to policy, as is high unemployment. Policy could ensure that the skills needed by the economy are created.

Blaming poor education avoids confronting the real issue: the demand side of the labour market. The education system in South Africa has always been poor, but the graduates of the 1990s, who imbibed Bantu education, managed to find jobs.

Because of weak policy thinking, we end up with targets that are clearly unachievable. It appears obvious that the jobs promised by the New Growth Path are a pipe dream. Strangely, the national planning commission falls into the same trap: it is hard to imagine, given unclear economic policy, that the economy can create six million jobs between 2020 and 2030 to reach full employment by 2030, as it promises.

The "national consensus" envisaged by the commission, as important as it is, cannot miraculously create jobs. Policy creates jobs by ensuring an economy that performs at the level it should. The Achilles heel of our economy, compounding the policy challenge, is this notion of a "mixed economy", which tries to balance a free market and state intervention. But it is not helpful simply to proclaim this as all economies the world over are in effect mixed economies. The real issue is the policy mix that will achieve sustainable economic growth and redistribution.

It seems the government has flipflopped on the clear boundaries between what constitutes a "mixed economy" and what mix is right for us. Perhaps we should go back to the analysis contained in the ANC's 1998 discussion document State, Property Relations and Social Transformation, because there has been no better clarification from the governing party since.

Unintended consequences
Fundamentally, the role of the state in the economy has to be clarified. China, Brazil and India are all mixed economies, but they are very different kinds of mixed economies. These countries are performing far better than South Africa in most respects. It seems they have a vision for their economies and have an economic model that ensures this vision is attained. South Africa, through its government and through the ANC as the governing party, tends to get lost in the detail. It too often tries to do everything at once. It needs to refine and clarify social and economic policy.

The country could aim squarely at an economy that grows substantially, redistributes wealth and creates jobs. Such an economy would require a robust industrial policy, an economic empowerment policy that works, an effective policy for the development of small and medium enterprises, a trade policy that addresses the unintended consequences of international trade, tax and fiscal policies that promote redistribution, monetary policy that does not punish the emerging black middle class and other microeconomic policy reforms.

We must invest more in policy thinking: ideas matter a lot in the transformation of societies. Without policy and conceptual clarity we end up with the Marikana tragedy – and there may be worse to come. The recent three-way economic discussion between the government, the private sector and trade unions is a step in the right direction, but it will bear fruit only if it wrestles with the complex question of a vision for our economy.

It is not enough to tinker with policy challenges at the margins. To take the South African economy to the next level, substantial policy reforms are necessary. The "capable state" the commission yearns for or the "developmental state" the ruling party is pursuing cannot achieve much without policy and conceptual clarity. "Writing our future" could prove futile if we do not have the correct policies to achieve the future we want to write.

Professor Vusi Gumede is a ­former chief policy analyst in the ­presidency. He is now an academic and the chairperson of the Southern Africa Trust