Skunk Anansie: As relevant as ever 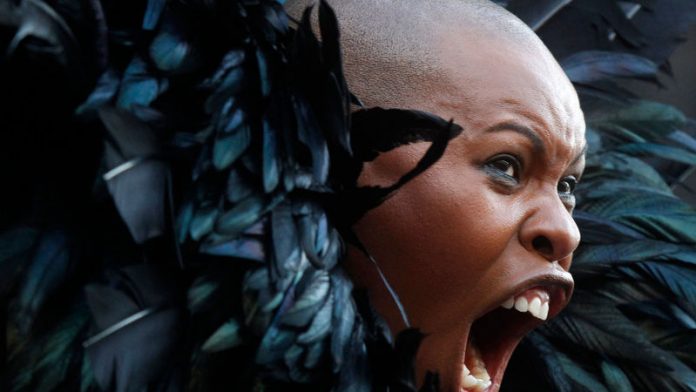 Over a decade ago, UK-based Skunk Anansie hit the punk rock scene and became one of Britain's most successful chart acts. But it was arguably Skin, the black lesbian with the shaved head, whose raw talent as the band's frontwoman propelled them to stardom.

Nothing sums up the 90s more than Skin, in studs and combat boots, belting out Charlie Big Potato over the gritty industrial sounds and grinding riffs of the band.

It is a sad indictment that Skin was something of an anomaly then, and still is now.

Save for Sevendust (with its black lead singer Lajon Witherspoon) and a few rarities with female vocalists (Kitty, Lacuna Coil, Arch Enemy), rock, punk and metal is still very much the domain of white males. Ironic, seeing that American rock 'n' roll originated from black jazz and blues music.

In a September 1999 interview with NYRock, Skin says about being a black woman typecast in music:

"Unfortunately most rock bands are male. I think there's too much testosterone there. We're [Skunk Anansie] really glad that we've got such a mixed audience: Gays, gothics, punks, everything! … Before we got the record contract I was running from record company to record company. All the time they tried to send me to the bloody soul department. Freaked me out! They just saw that I'm black and labeled me 'black soul music' until I really freaked out and told them what they could do with their f***ing soul, that we are a rock band and not a soul band and that I want the … guys of the rock department. 'Black female singer – must be a soul band' – I really had enough of that crap, believe me."

If you didn't think race in music is an issue, the furore over cultural appropriopriation by artists like Miley Cyrus will show you otherwise. While whites have managed to be accepted and revered in traditionally black music genres, like Eminem and Macklemore doing hiphop, black artists – especially female artists – have had no such luck.

Skunk Anansie is still relevant because the issue of race in music is not only still relevant, but so rarely addressed. Music, the art form that so often transcends language, class and culture, is often still colour-bound and restrictive.

Skunk Anansie is performing at Vodacom In the City on Friday at Mary Fitzgerald Square, Newtown. A limited amount of tickets can still be purchased at the gate for R500.