Breaking sound barriers for the love of ‘jazz’ 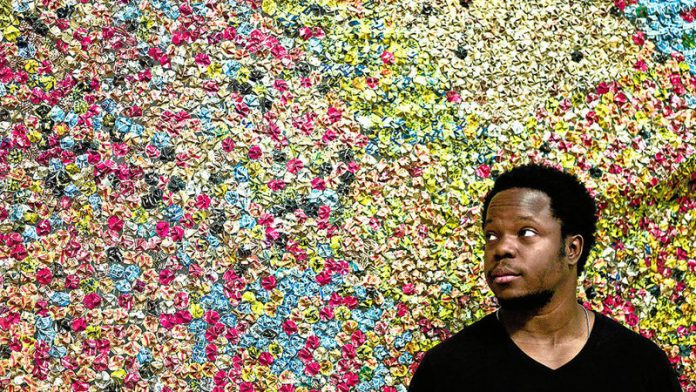 As I listen to United States trumpeter Ambrose Akinmusire's new album – weeks before his Cape Town performance – with its expansive sound that reaches out to and flirts with genres and musical techniques almost like a movie score, I'm reminded of award-winning pianist Herbie Hancock, whom Down Beat magazine writer Pat Cole once described as "the quintessential border crosser".

"A piano has no feeling … human beings have the feelings," Hancock said in a video interview for the 1996 North Sea Jazz Festival while promoting his 40th album, The New Standard.

The Cantaloupe Island star lucidly explained that, to be a brilliant pianist, you should "become so fused with the device when you play it that it doesn't sound like the device itself – it sounds more like the life of the person that's playing it".

Hancock, who rose to prominence in the 1960s post-bop era when he played with Donald Byrd, Coleman Hawkins and Miles Davis, went on to experiment with Cuban, funk and even hip-hop elements, borrowing from and reversioning popular songs from musicians such as Sade, Kurt Cobain and Quincy Jones. Hancock is currently working on an album with rapper and multigenre music producer Flying Lotus and continues to celebrate his genius – one whose talent transcends both genre and instruments.

On the same note, Botswana-born pianist and composer Bokani Dyer, ahead of the Cape Town International Jazz Festival (CTIJF), warns that "one shouldn't try to contain an artist in a genre … or stop the artist from feeling whatever he or she wants to feel".

Dyer is a Hancock fan and admires the way he has broken down stifling musical pigeonholes, created movie scores and taken home dozens of awards.

But detaching Dyer from the jazz genre might prove hard for some, especially after the attention he garnered following his win in the jazz category at the 2011 Standard Bank young artist awards and the award to him last year of the Southern African Music Rights Organisation Overseas Scholarship for Jazz.

Dyer shakes his head of free-forming locks when I ask whether he considers himself a jazz musician. No, the son of flautist and saxophonist Steve Dyer says he just wants to be known "as someone who makes music".

Influenced
"We're at a time right now where we're influenced by so many other types of music," says Dyer, who will take to the jazz festival stage with soul-house outfit Soul Housing Project, fronted by himself and former Goldfish singer Sakhile Moleshe, on the show's first night. The University of Cape Town music school graduate will also perform a piano duet with the young and established Cape Town pianist Kyle Shepherd at the festival the following evening.

"This is the first time we're working together. And it's the first time they're having a duo concert at the festival," Dyer says of his partnering with Shepherd, who won the 2013 Standard Bank young artist award for jazz. "We complement each other because our sounds are so different," he says.

As Dyer gets ready to release his third album and embark on a European tour, we chat about the evolution of "traditional" jazz.

"When you listen to a jazz album nowadays, it hardly sounds like traditional jazz. The genre is always changing," he says.

From big band to bebop and township jazz in South Africa, young musicians of their times such as saxophonist John Coltrane, pianist Moses Molelekwa and more recently trumpeter Christian Scott Atunde, to name a few, have been shifting the shape of jazz since the start of the 20th century.

And it's with this notion – the impact young musicians have on revolutionising the genre of jazz – that the line-up of emerging musicians for the 15th annual Cape Town International Jazz Festival has come together. As an ode to the evolving forces of the genre, the jazz festival has brought together renegade musicians such as drummer Chris Dave, who also plays in Grammy award-winning pianist Robert Glasper's trio, and New York quasi-collective Snarky Puppy, who have routinely played with artists such as bass guitarist-composer Marcus Miller and singer Lalah Hathaway, as well as many more.

Nai Palm, lead singer of Australian band Hiatus Kaiyote, tells me that "the whole point of creating music is to challenge ourselves creatively". As she lights an incense stick and balances an Indian ringneck parakeet on her shoulder, the doe-eyed, raspy-voiced singer and guitarist discusses over Skype how she rejects categories such as the "future-soul" label the Grammy-nominated band has been saddled with by the media.

"As a musician, my job is just to create for the sake of creating and then people can work out what it is at a later date and put it into whatever boxes they want to."

Exposed
"Myself and Perrin are self-taught," Palm says, "and were lucky enough to have parents who exposed us to an eclectic variety of music while we were growing up. Simon studied classical piano from the age of three and went on to study jazz, along with Paul [Bender]."

The band make their way to the festival following a meteoric rise to stardom after the release of their debut album Tawk Tomahawk in 2012. It was produced by Salaam Remi, who has also produced for The Fugees, Amy Winehouse and Nas. Their trip to Cape Town also follows Hiatus Kaiyote's whirlwind tour of the US in 2013, where they played at SXSW in Austin and subsequently received kudos from the likes of Erykah Badu and Pharrell Williams, as well as drummer-producer Questlove.

"The first time I met Erykah was at SXSW: she walked up to me singing our song Nakamarra," says Palm about the award-winning Badu, who is one of the headline acts at the CTIJF. As she lists Badu, South African pianist Abdullah Ibrahim and singer Aretha Franklin as her musical inspiration, Palm says the band draws its inspiration "from the community of musicians we are blessed to be surrounded by and the global contribution of exquisite sonic artistry".

So in this age of technology, when this musical "global contribution" can easily be accessed and used to influence conventional music, can the future of a single-termed genre like "jazz" survive?

For Hancock, the answer is yes. "The thing that keeps jazz alive, even if it's under the radar," he said in a 2013 New York Times interview, "is that it is so free and so open to not only lend its influence to other genres, but to borrow and be influenced by other genres. That's the way it breathes."

But the idea of a living jazz genre was something Max Roach, one of the most revered and influential jazz drummers in music history, rejected. "Roach never liked the word 'jazz' and considered it demeaning," reported the Washington Post in January, after the US Library of Congress announced the acquisition of the late Roach's personal papers. "He preferred to call it 'America's music' or 'music in the tradition of [pianists] Fletcher Henderson or Duke Ellington'."

In common with Roach, Akinmusire, who has been described as a forward-thinking musician, views music categorisations as extremely limiting. "When I make music, I don't think in terms of jazz; I don't think in terms of genre … that would be too easy," the Los Angeles-based musician says shortly before performing at the Cape Town jazz festival. "It's more about being true to what the music wants to be, and I think that my generation is doing that."

Hard to ignore
Listening to the wide, drawn-out notes from the trumpet player's second Blue Note offering, it's hard to ignore critics linking it to Western classical music or, more specifically, chamber music. Unlike the Manhattan School of Music graduate's two previous albums, The Imagined Savior Is Far Easier to Paint features a string quartet, vocalists and spoken words.

Akinmusire – who took home the Thelonious Monk International Jazz competition prize in 2007 – dismisses the opinions of some critics. "When I listen to this album, I don't think it's a chamber album or that it sounds like classical music per se; I think that sometimes, especially in the US when black musicians create something and people can't identify it with hip-hop or jazz, they automatically say this is European or classical. But it's just me being Ambrose in 2014."

Despite this, Akinmusire shares with me his love for music associated with both the Western classical tradition and Africa, as well as hip-hop, Scandinavian and blues sounds. This openness to exploring music must surely come from his culturally diverse upbringing.

Thinking back to my interview with Hiatus Kaiyote's Palm, who expressed how creating music is something that comes from a "place of pure intention", it's hard not to link the free-form and improvisational elements that jazz became renowned for to sound and its uncontainable qualities.

And it is Hancock – an indefatigable sound experimenter – that today's young musos, such as local drummer Tumi Mogorosi and double-bassist and singer Esperanza Spalding, have taken as their cues for making music.

As we explore the breaking down of musical barriers, Akinmusire reflects on his own and his generation's method of making songs: "My music doesn't sound like one thing at a particular time; making music just comes naturally to us. Nowadays we're just trying to express ourselves. It's just music."