‘Niggaz’ are scared of revolution: Some artists avoid rocking the boat 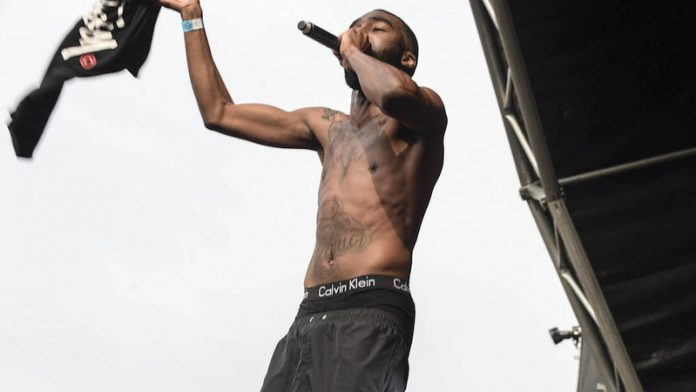 In a recent appearance on Sway in the Morning, a nationally syndicated American radio show, South African rapper AKA told host Sway Calloway that “in South Africa you also have to realise that if you go a little bit too far with the politics, there may be political repercussions.”

The question from a studio guest had been about how South Africans address social issues through their music. In his response, AKA spoke of how he could only do so by providing work opportunities through his celebrity machinery because even though “we do have freedom of speech, just don’t fuck with the government … Just don’t go out of your way.”

These seemingly innocuous comments, viewed through the prism of his local government electioneering for the ANC, suggest, in the words of Economic Freedom Fighters (EFF) leader Julius Malema, a “captured celebrity” whose intellectual independence is restricted by the political zeitgeist.

Malema’s blasts about the “falling of dabbing” at a recent Independent Electoral Commission (IEC) presser, in reference to the ANC’s co-option of youth culture for its campaign — which yielded mixed results at the ballot box — may be sour grapes. His falling-out with the likes of AKA over the former’s decision to snub EFF and Democratic Alliance events is well documented.

However, his comments about “unconscious rappers” whose only cause is financial enrichment strikes a nerve with anybody who has thrown even a cursory glance at rap music’s evolution in South Africa. The voices of outrage in its mainstream iteration or even deeper underground are, by and large, conspicuously absent.

Barring a few exceptions, the most visible of South Africa’s rappers are politically inane in the public domain and ideologically mute on record.

“There are no sour grapes in expecting artists to maintain their independence in a political exchange, or at least to challenge the status quo in favour of the poor,” said Malema when contacted by the Mail & Guardian for comment.

“We all listen to music across political lines. But if [entertainment company] Mabala Noise starts telling its artists to campaign for a specific political party, then we are not talking music any more; these artists are not independent any more. We hired [rapper] Riky Rick even after we knew he performed at a DA rally, because his music does not speak about the DA. It’s not like he is Blondie Makhene, who sings about and for the ANC.”

Malema says musicians adopting political party regalia and getting involved in political arguments — such as AKA defending President Jacob Zuma following the EFF-instigated #RememberKhwezi post-election protest — means that artists are setting themselves up to be political opponents of other parties.

For the Mabala Noise co-owner, ANC Youth League treasurer general Reggie Nkabinde, Malema is reacting to seeing the same celebrities he once used for his own party’s previous campaigns slipping out of reach.

“Julius is bitter because he used to book Riky Rick and Major League,” he told the M&G.

“There was a campaign he ran in Turfloop, Mankweng, at the University of Limpopo, when the EFF was contesting Sasco [the South African Students’ Congress] for the SRC [students’ representative council]. He booked them with Cassper [Nyovest] to run that. The minute they signed to Mabala, it’s a conclusion he has drawn that they are gone now because he used to use them against the movement.”

Nkabinde said Malema’s modus operandi was to go to rallies and personally introduce the artists, with statements along the lines of: “‘I’ve got a surprise for you. Riky Rick is here. He supports EFF. He’s going to tell you how to support EFF”, and that now that these artists are signed to Mabala, this is no longer possible.

In the same breath, Nkabinde says his artists (whose ranks include rappers Nasty C, Zakwe and Gigi Lamayne as well as actresses Khanyi Mbau, Mbali Nkosi and Letoya Makhene) are free to perform for whoever they please — but that they choose not to perform for some.

In his essay Hip-hop, Gender and Co-option in the Age of Empire, Adam Haupt, associate professor in the film and media studies centre at the University of Cape Town, writes that the term “conscious” alludes to the belief that you need to engage in a certain amount of critical introspection before you can make a meaningful contribution to your political and social context as a hip-hop artist.

It is a hackneyed term that, when applied to rap music, buys into the compartmentalising of the art form. It suggests that there is a preconfigured intelligence or originality based on the subject matter one chooses to address.

“I don’t have to talk about racial inequality,” AKA said mockingly when talking about the subjects of his raps on Sway’s show. When asked about the etymology of the word “k*ffir”, AKA, a liberal user of the term “n*gga”, looked to his crew and said he thought “k*ffir” meant “monkey, or something”.

There’s little doubt that to give your political party’s campaign that extra push, a top-selling artist who appeals to your wavering urban demographic is indispensible. Of late, AKA has been politically linked to the ANC’s #ReelStuff campaign, for which he and the likes of University of the Witwatersrand SRC president Nompendulo Mkhatshwa did endearing things such as accompanying Winnie Madikizela-Mandela to vote and professing to use their “platform to guide young people”.

Muthaland Entertainment chief executive Lance Stehr says: “At this point [in the industry], artists are being easily bought and there is another part where artists are becoming victims — where if you don’t toe the line, you get ostracised from further work.”

In 2014, on the eve of the national elections, rapper iFani was halted from entering an ANC rally at Johannesburg’s FNB Stadium for a prearranged performance after having played at a DA party the day before. “But really, iFani was incorporating DA into his lyrics at the DA gig, that’s an endorsement … Why would the ANC want him to perform here?” tweeted home affairs spokesperson Mayihlome Tshwete at the time.

Singer and vocal ANC supporter Simphiwe Dana chided the musician for making “a mess of it” from “a branding perspective” and, a few days later, iFani was pulled aside and “schooled” by an ANC premier.

Speaking to the M&G, Dana insisted that there is a difference between coming from an honest place politically and being used as a mouthpiece because you have been paid. When it comes to being independent enough to critique a party you publicly support, she said: “I’m still learning a lot of things and I still need to look back and decide whether or not I have done the right things in the stands I have taken.”

Rap music’s soaring political currency has coincided with the entrenching of the 90% local content quota at the public broadcaster, an act that has seen performers and entrepreneurs nailing their political colours to the mast. Amid the firings and suspensions of journalists challenging the ban on airing scenes of public violence, SABC chief operating officer Hlaudi Motsoeneng was also doing away with systems such as the open call for production proposals.

Among the staunch supporters of Motsoeneng’s quota policy is Cultural and Creative Industries Federation of South Africa (CCIFSA) chairperson Tony Kgoroge, who says we need to separate the broadcaster’s other problems from progressive moves such as establishing aggressive local content quotas.

Kgoroge is an ANC supporter who proudly flaunts his allegiance come election time. He says CCIFSA — whose logo is in the colours of the ruling party and which is mandated to facilitate norms and standards in engagements between artists and state entities such as the public broadcaster — “has so many voices coming from so many different political backgrounds that it is everybody influencing whatever discussions are put on the table”.

When the Cultural and Creative Industries Federation of South Africa was formed, its interim committee was hand-picked by successive arts ministers Paul Mashatile and Nathi Mthethwa. It failed to account for an initial grant of R5-million in public money, and has a mandate so wide that it seems like a ruling party proxy for central control of the creative industries, according to arts activist and Wits Theatre director Gita Pather.

Perhaps AKA was on the money, after all. We do have freedom of speech — “just don’t go out of your way” to rock the boat.