In a leaked recording which the Mail & Guardian has heard, Mashatile — who is responsible for the party’s finances — is heard saying that he is preparing a comprehensive report which will be tabled to the party’s officials on Monday.

This report will detail a number of recommendations that officials must consider, including the possibilities of increasing levies and membership fees to help rescue the party from its financial crisis.

“We are also looking at what we call resizing of the organisation.The officials have agreed that we will probably have to cut our staff by 50% but those reports will come to the NEC. A lot of work is being undertaken. Comrade Febe [Potgieter-Gqubule] is leading that process of restructuring and resizing. There is another team that is also looking at crowd funding and other aspects. We are also busy looking at fundraising for elections and these reports will go to the officials on Monday,” Mashatile said, addressing the virtual NEC.

The Mail & Guardian recently reported that workers in Luthuli House headquarters were contemplating strike action after months of liquidity issues. Staffers previously said they were considering harsher action to get the ANC’s attention. 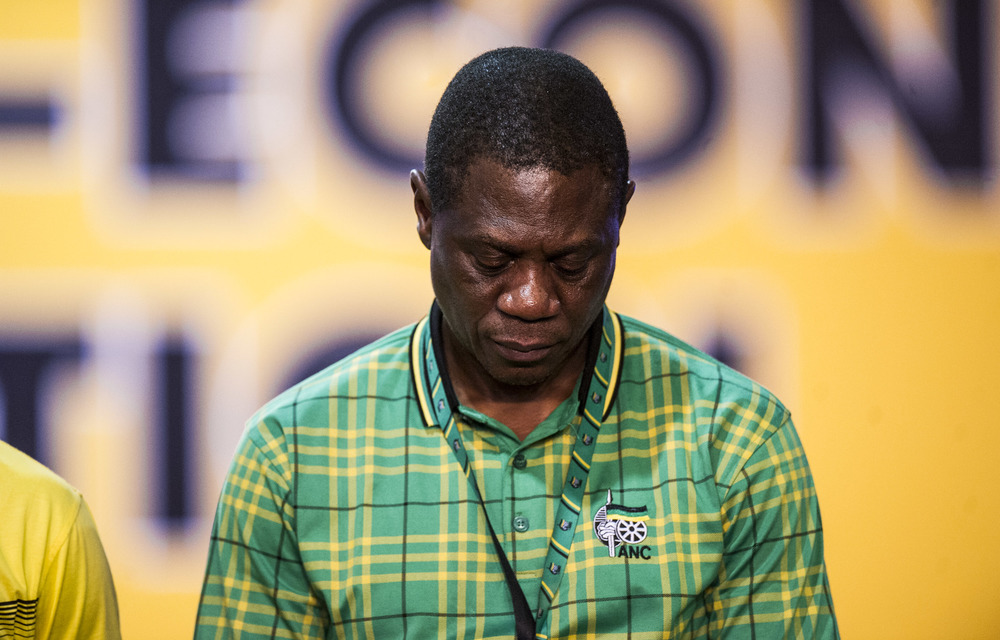 Mashatile apologised when December 2019 salaries were not paid before Christmas, saying the blame lay with the late transfer of funds from donors.

President Cyril Ramaphosa is said to have closed the taps to Luthuli House after it was alleged that Mashatile and Deputy President David Mabuza pocketed funds intended for the party coffers.

Two sources with intimate knowledge of the matter told the M&G the pair received at least $2-million from donors but the money failed to make it into the Luthuli House bank account.

The sources said the matter of the party’s serious financial woes was raised in a meeting of the top six in February.

It was in that meeting that Ramaphosa questioned Mashatile and Mabuza about the missing funds. This was after Mashatile asked Ramaphosa to rescue the party because it was in hot water with the South African Revenue Service (Sars).

The Sunday Times recently reported that Sars “is said to have garnished the ANC’s Independent Electoral Commission allocation funds — taking away R17-million meant for the governing party — in part-payment of the party’s ballooning tax bill”.

Reacting to the M&G’s report, national spokesperson Pule Mabe said it was “unfortunate” that the M&G had decided to “cast unfair aspersions on the integrity of our leaders” adding that the party was considering laying a complaint with the Press Ombudsman.

“While the ANC has been honest and frank about its current financial challenges, it is unfortunate that some in the media chose to seize on these difficulties that confront our movement to manufacture and peddle falsehoods and to tarnish the reputation of individual leaders. We, accordingly, reject these false and baseless allegations with the contempt they deserve,” Mabe said.